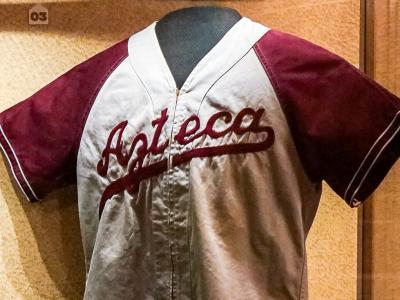 Modern baseball emerged in the northeastern United States during the 1830s and ‘40s but did not become widespread until after the Civil War. As the nation absorbed millions of immigrants and asserted a prominent role in international affairs at the turn of the twentieth century, baseball’s promoters started describing the game as the “national pastime.” 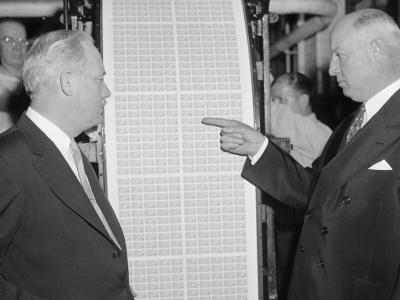 Major League Baseball commemorated two mythical centennials in the twentieth century. The first, in 1939, marked one hundred years since the sport's purported invention at Cooperstown, New York. The second, in 1969, was billed as the "Centennial of Professional Baseball," even though individual players were paid long before baseball's first salaried team took the field in 1869. 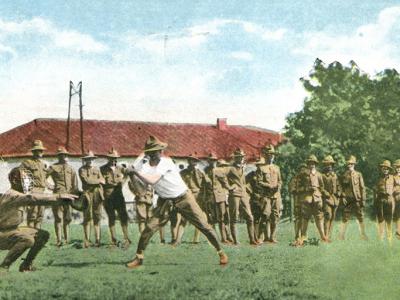 We All Play Ball

As the forty-hour work week became standard, urban laborers joined company baseball teams. By 1927 there were hundreds of these baseball clubs in the United States, making it the most popular form of outdoor industrial recreation.

Learn more About We All Play Ball 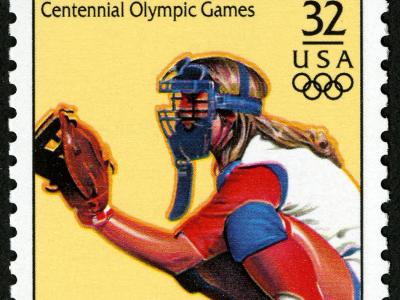 The distinctly White, male, and rural image cultivated by baseball in the nineteenth century was used to justify the exclusion of those to whom the game did not "belong," especially women and African Americans.

Learn more About Baseball for All? 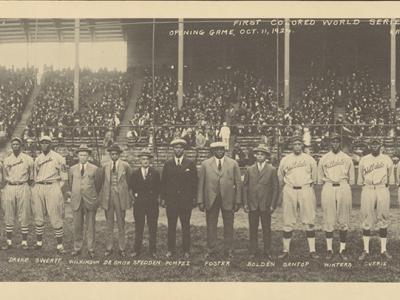 By 1890 Black players were excluded from professional baseball by agreement among White team owners. African Americans and Latino Americans instead found playing opportunities in the various Negro Leagues, as well as in Mexico, Cuba, and the Caribbean.

Learn more About The Negro Leagues 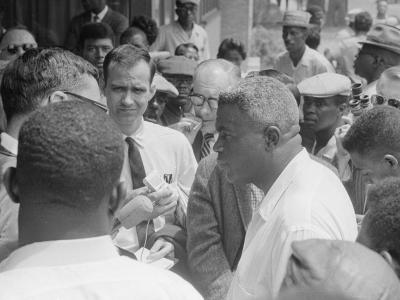 Fans and amateur players alike used the mail to express admiration for their favorite players, complain about management decisions, or even learn how to play the game. 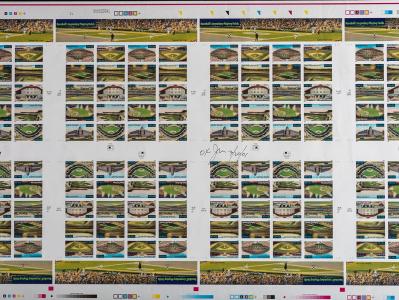 Issued by the U.S. Postal Service in 2001, the Legendary Playing Fields stamps speak to the sense of community that fans derive from a favorite baseball park. 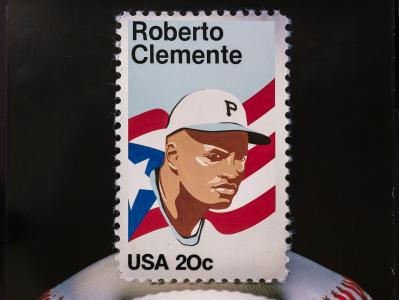 Here, for the first time, original stamp art and production material from the USPS Postmaster General’s Collection is paired with actual game-used artifacts as a powerful visual reminder that these players— whom most of us know only from photographs and old footage—were once flesh and blood.

Learn more About Legends of Baseball 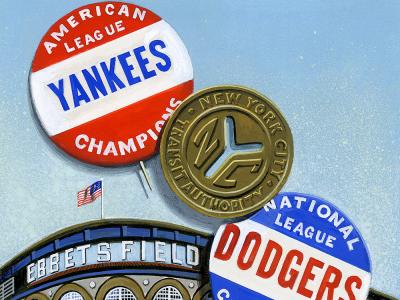 Celebrate the Century was a series of 150 U.S. postage stamps issued between 1998 and 2000. Each decade of the twentieth century was represented by a sheet of fifteen stamps featuring major events that influenced American history, art, or culture. 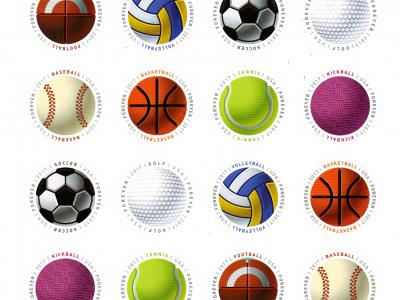 Postal authorities all over the world market baseball stamps and postal items, and baseball souvenirs resembling postage stamps, complete with collecting albums, were commonly published in the twentieth century.

‹ Baseball: America’s Home Run up Creating Baseball ›
Back to Top