The Dangerous Mail Investigations Program protects the Postal Service, secures the nation’s mail system, and ensures public trust in the mail. Inspectors are trained to deal with a variety of dangerous mail pieces. These can contain biological, chemical, radiological or potentially explosive material. As part of their duties inspectors respond to suspicious mail incidents, resolve alleged and actual threats, and conduct investigations of incidents and related criminal activity.

If you plan on using the mail to extort money or assets by threatening to injure someone’s reputation, or accuse them of a crime, prepare for postal inspectors to knock on your door. Investigating such crimes are another one of their duties.

The first thing to know is that the likelihood of receiving a bomb or a harmful biological or chemical agent in the mail is extremely remote. As of 2014, less than ten mail pieces have tested positive for a biological or chemical agent in the history of our postal system. Those pieces were a part of the October 2001 anthrax mailings in which letters were mailed to media and congressional representatives. Since that episode, inspectors have investigated more than 52,000 incidents of unknown substances in the mail. These incidents were all hoaxes or false alarms. The service takes such events very seriously and arrested more than 1,400 individuals in those incidents.

Inspectors are quick to respond to reports of suspicious items placed in the mail or on postal property. The safety of those near a potential mail bomb is a top priority. While most of the time such items are not dangerous, inspectors investigate three to four incidents of mail bombs in a year. If a device has exploded, the investigation can be difficult, since so much of the identifying materials may have been destroyed.

When this is the case, the Postal Inspection Service’s sophisticated, state-of-the-art forensic laboratory gets into the act. These highly-trained technicians play key roles in successfully prosecuting those responsible for mailing potentially harmful items. Document analysts look for clues such as postmarks, postage, or the bomber’s handwriting or fingerprints. In one case a partial fingerprint lifted from the back of a stamp identified the bomber.

Forensic scientists sift through debris for other clues. Bomb fragments are laid out like jigsaw puzzle pieces in order to reconstruct the bomb. This painstaking work can lead inspectors to where various parts of the bomb were purchased and, hopefully, lead to the arrest of the bomber. 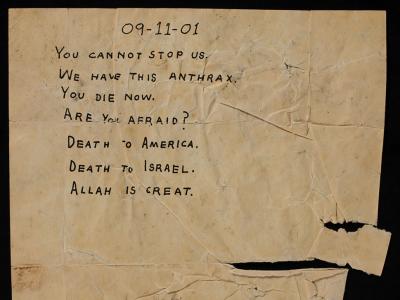 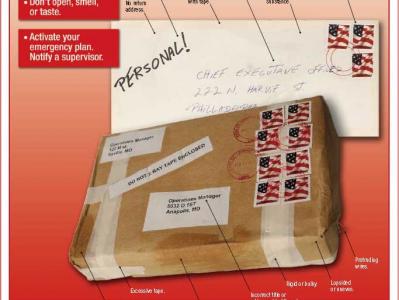 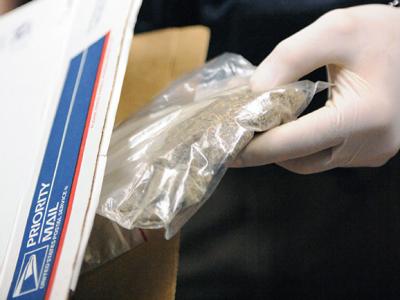