Edward V. Gardner, hailing from Plainfield, Illinois, was the second pilot hired. He actually applied for the position of airmail pilot by telegram shortly before Max Miller. However, they insisted that he apply in a more proper form. Being in Texas at the time, it was a little difficult, however he landed the spot of pilot #2.

Gardner participated in the Chicago path-finding flights, flying behind Miller. However, his flight was plagued by bad weather and mechanical troubles, causing him to take considerably longer to fly to Chicago than Miller.

Gardner was a pilot who was known for flying in just about any conditions. Despite this Gardner was fired in November of 1918 for not completing a flight through a thick blanket of fog. It should be noted that four other pilots refused to fly after Gardner made an attempt. Though he was later rehired, he did not stay long. He and fellow airmail pilot Robert Shank left for greener pastures. The two of them flew sightseers over Atlantic City for a summer, before becoming professional barnstormers. This barnstorming kick lasted for a few months (until they ran out of money) and the two parted ways. Gardner then got a job as a “Demonstrator” for the Nebraska Aircraft Company. This meant he barnstormed to convince people to buy aircraft from the Nebraska Aircraft Company. He also became a successful air racer. 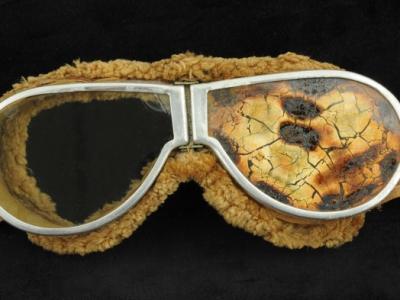 Gardner: Tragedy of the Barnstorming Lifestyle

Learn more About Gardner: Tragedy of the Barnstorming Lifestyle