Born in Oslo Norway, Max Miller was the poster child of the early airmail service. He had an excellent service record; he was an excellent pilot, and a noted mechanic. It is said that even Praeger, with his distaste for the pilots of the airmail service, harbored a soft spot for Miller in the early days.

Miller’s tenure in the Airmail Service actually began in the Army days. Though he was not a part of the army at the time, he was a qualified mechanic, and was hired by Lipsner, with the intent of promoting him to pilot later. Thus Max Miller was an employee of the Post Office department’s Airmail service before it even existed. Because of this, Max Miller was assigned US Airmail Service badge #1.

Miller flew the lead plane in the opening wave of the path-finding flights to Chicago, a preparatory step in establishing regular airmail service to the city in September, 1918. The flights were a minor media circus, and, despite taking much more time than estimated by “experts,” the flights made Miller a celebrity in aviation circles. Miller embraced this celebrity, if for no other reason than for the betterment of the Airmail service for which he worked.

When Lipsner resigned, Miller followed on December 6th, 1918, as he seemed to genuinely believe in Lipsner. His time away from the Airmail service was short-lived. He would rejoin on April 7th, 1919, as he was unable to find another job. In addition to flying mail, the service then made him the air-mechanical equivalent of a paramedic; flying from trouble spot to trouble spot, reviving downed airplanes. 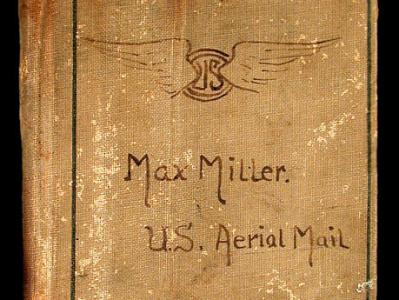 Miller: The Tragedy of the JL-6

Learn more About Miller: The Tragedy of the JL-6

Max Miller
‹ The Pilots up Miller: The Tragedy of the JL-6 ›
Back to Top