Robert Shank was the third pilot hired by Lipsner for the civilian airmail service. He and Edward Gardner were fired from the Airmail Service in November of 1918 for refusing to fly in fog that reduced visibility to around twenty feet.

Undaunted, the two joined a tour company, and flew tourists over Atlantic City. This lasted only through the summer season of 1918. Following their gig as tour pilots, Shank and Gardner became barnstormers, flying stunts at air shows. This lasted only a short time, as barnstorming apparently did not pay very well, and the two pilots went their separate ways.

Shank later partnered with A. B. McMullen selling war surplus airplanes in Huntington, West Virginia. When McMullen left the business, Shank partnered with Harold Brooks, who convinced Shank to pick up his business and move to Indianapolis. In 1928 he started Hoosier Airport, he continued to run his airplane sales business from Hoosier until 1944, at which point he sold the airfield and started an airport further out from the city, which he named Bob Shank Airport. 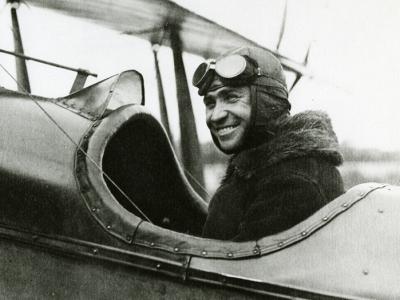 Robert Shank
‹ Gardner: Tragedy of the Barnstorming Lifestyle up Shank: A Long Life ›
Back to Top