Though it existed as a stamp-issuing entity for only about seventy-five years, the Panama Canal Zone has a long history. First visited by Christopher Columbus on one of his epic voyages to the New World in the early sixteenth century, the Spanish soon colonized the region, imagining extensive deposits of precious minerals were to be found there. Vasco Nuñez de Balboa, for whom Panama’s national currency has been named since 1906, first spotted the Pacific Ocean “From a peak in Darien” in 1513, shortly before he was beheaded by his own father-in–law at the original Spanish settlement of Aclá. Balboa opened the pages of a book that led to Panama’s role as the 'Bridge between the Americas' as well as 'The Path Between the Seas.' His discovery that the Pacific lay only a relatively few miles from the Atlantic attracted attention worldwide, and the Isthmus was soon the preferred route for the transit of the treasures of South and Central America back to the Mother Country.

The hope that the Isthmus could be breached and then opened to maritime traffic goes back to the early days of Spanish colonization too. The technology of the day, however, prohibited such an undertaking. Further, the Spanish king is reported to have said that “Man can not render asunder that which God hath joined.”

Early in the nineteenth century the Spanish colonies in America gained their freedom, one by one. In 1821 Panama became part of present-day Colombia. Until the late 1840s Panama remained isolated, but the era of the railroad was at hand, and the Americans negotiated a treaty with Colombia granting them the right to construct a path for the iron horse across the Isthmus. The treaty coincided with the discovery of huge gold deposits in California. This led to a massive influx of 49ers, all madly searching for an easy way to the goldfields. Panama, although not the shortest route, was deemed the fastest and most secure as a mail route had been opened via Panama to California in 1848.

Construction of a Panama Railroad was an arduous and expensive job, but by January 28, 1855, the two oceans were joined by a ribbon of iron (steel came later). Then in the 1880s the French attempted to dig a canal through the jungles and mountains of Panama. The Americans were not exactly thrilled by this, and when the French effort collapsed in financial scandal in the 1890s, American interest in a canal escalated. With covert assistance by President Theodore Roosevelt and Americans on the Isthmus, a successful revolt against Colombia, which had denied them a chance to build the canal, was mounted in November 1903. In the ashes of Colombian rule the new Republic of Panama arose, and before long the Americans had their treaty granting them the right to build and operate a canal in a strip of land which came to be known as the Panama Canal Zone.

In May 1904 the Canal Zone was created and the French assets purchased. Only a month later, on June 24-25, the Canal Zone Postal Service was created, and the new entity began issuing its own stamps. At first it used overprinted Panama stamps, many of which had originally been used when Colombia ruled the Isthmus. There was also a month-long period in June-July 1904 during which overprinted U.S. stamps were utilized. The use of Panamanian stamps continued under the so-called Taft Agreement until it was abrogated on June 1, 1924. After this period, stamps with local designs were issued for all Canal Zone postal needs. Occasionally, overprinted U.S. stamps were used, the last being introduced in 1939. Airmails came to the Canal Zone in 1929. An influx of American military personnel during WW II brought on an APO system, often located in Canal Zone post offices. The Canal Zone Postal Service returned to a state of 'normal' after the war, producing new issues to accommodate changing postal rates.

On September 30, 1979, the Canal Zone ceased to exist, and its stamps consigned to the status of 'dead country'. This has not lessened the attraction its stamps and covers hold for collectors. In fact, it might have spurred additional interest. You are encouraged to enjoy the history of the Canal Zone as reflected in its intriguing stamps. 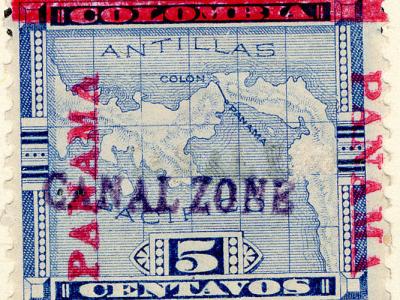 On November 3, 1903, the Department of Panama broke away from Colombia and established... 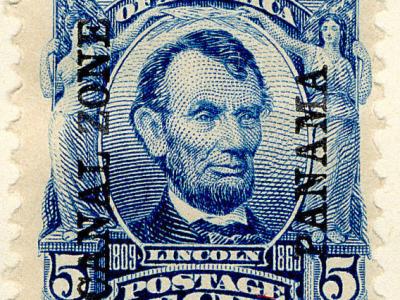 The Second Series of Canal Zone stamps, commonly referred to as the 'U.S. Overprint Series', is composed of... 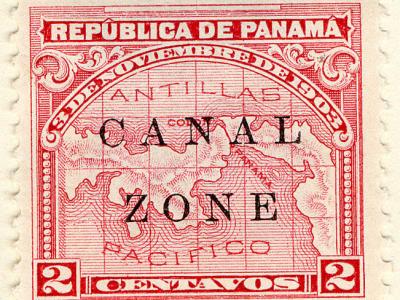 As a result of the Taft Agreement of December 3, 1904, the Canal Zone Postal Service began issuing... 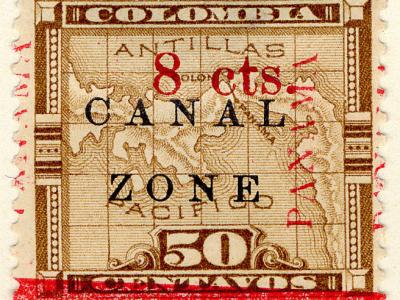 In early 1906 the Canal Zone needed further supplies of 1c and 2c stamps but... 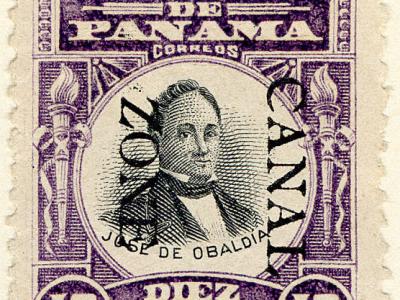 The Hamilton Bank Note Co. of New York engraved and printed the stamps of the... 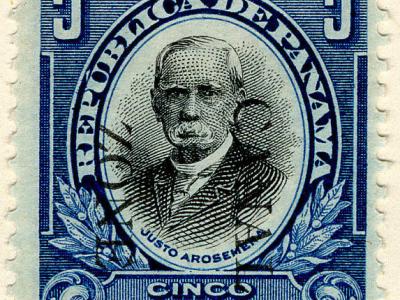 In 1908, Panama selected the American Bank Note Co. (ABNCo) to prepare and print a... 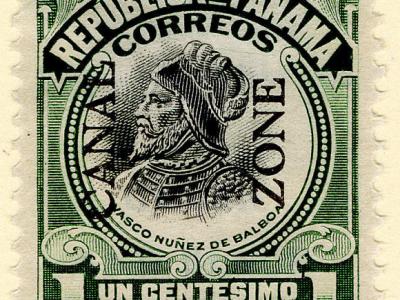 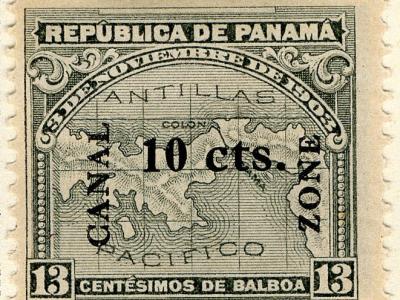 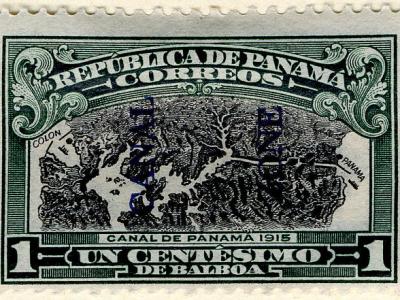 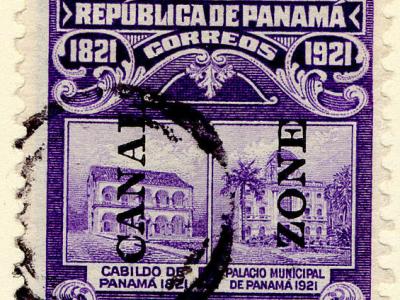 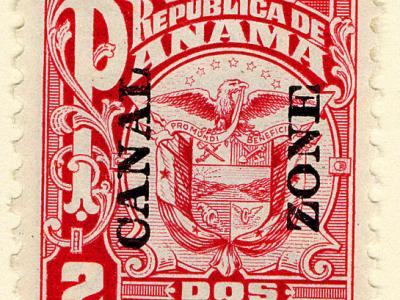 1-cent and 2-cent Arms of Panama 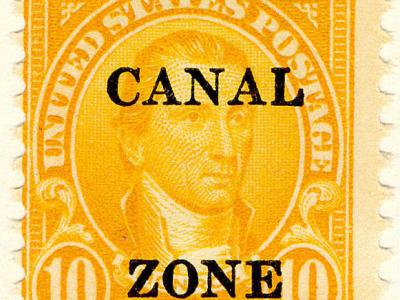 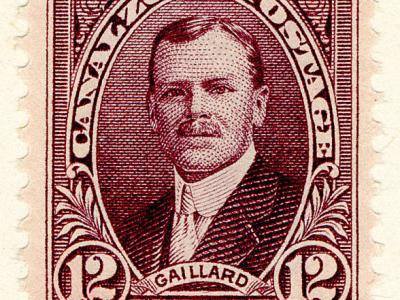 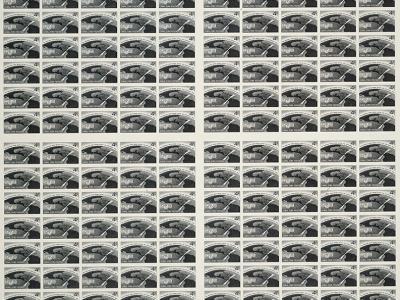 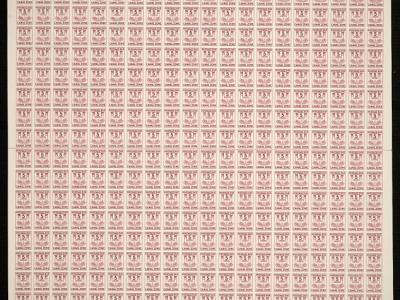 Learn more About Postage Due Issues 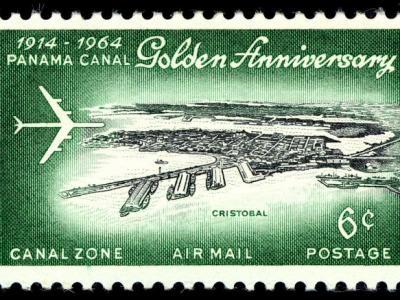 Many collectors find Canal Zone stamps and history of their use fascinating. Although... 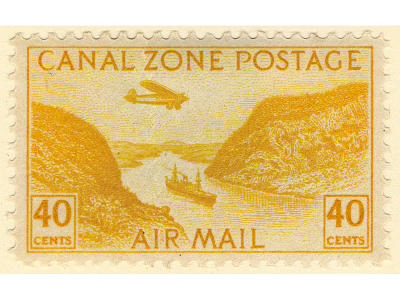