This series, with one exception, is different from the Sixth Series in that the ABNCo instead of Panama or the Canal Zone postal authorities applied the CANAL ZONE overprint.

These stamps are catalogued in five types, identified by Roman numerals I to V, according to the type of overprint applied. Type III is the exception to the request that the ABNCo apply the overprint. In this case the overprint was applied by the Canal Zone to Panama stamps.

For many years collectors speculated on the print set-ups for these stamps and were taken by surprise when Christie’s auction house announced that the ABNCo archives were to be sold at auction on September 12, 1990, in New York City. This sale included both Panama and Canal Zone SPECIMEN stamps plus the production files for many of these stamps. For the first time, collectors had access to complete panes of Canal Zone stamps with colors just as fresh as when they were printed decades ago. 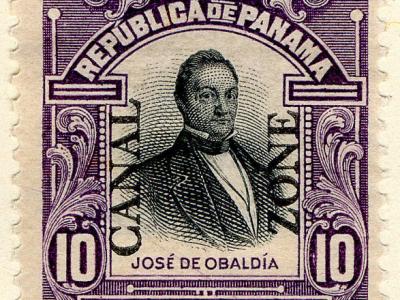 Type I Black Overprint Reading Up

Learn more About Type I Black Overprint Reading Up 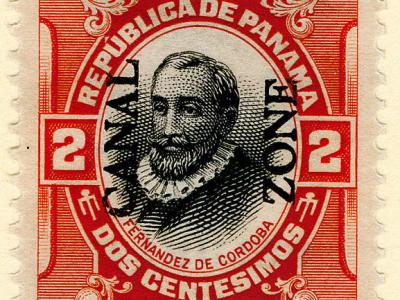