Bureau of Engraving and Printing plate number 1 was approved on June 19, 1894. It bears the initials and title of the Chief of the Bureau at the bottom. The initials in the right margin near the bottom are probably those of the siderographer. This is the plate proof for the two cent regular postage series issued in October 1894. This series, now known as the “first Bureau issue”, used designs nearly identical to the issue of 1890-93, with triangles added in the upper right and left corners of each stamp to distinguish it from the earlier issue printed by American Bank Note Company. 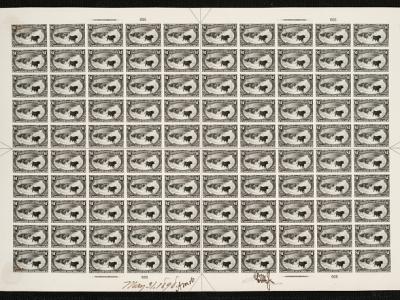 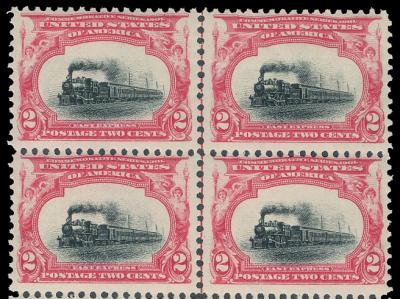