It’s well known that President Franklin D. Roosevelt was an avid stamp collector. Perhaps less well known is the fact that Roosevelt’s Postmaster General, James Farley, was also a stamp collector. Between them, these two leaders, fired by their love of philately, had a profound influence on the nation’s stamp program. The President had many ideas for both subject matter and design of postage stamps; Farley was helpful in bringing these ideas to fruition. Perhaps the most complex stamp design of the era was the issue commemorating Admiral Richard Byrd’s antarctic expeditions. Roosevelt’s crude pencil sketch led directly to the final design. 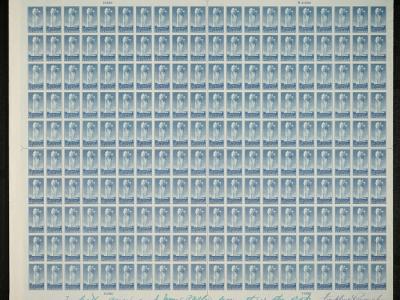 Mail to the Chief
‹ To Forgive Divine? up Farley’s Follies ›
Back to Top