To Err Is Human

Among the several errors in issued United States stamps, the most numerous are the inverted center errors, or “inverts”. These errors occur when stamps are printed in two or more colors requiring separate printing operations. The best known of these errors is the “Inverted Jenny” airmail stamp of 1918. This stamp, the first airmail stamp of the United States, pictures the Curtiss JN-4 aircraft, affectionately known as the "Jenny" from the initials "JN" in its designation. The unique error sheet presumably occurred when it was fed to the second printing operation turned the wrong way. The two plate proofs corresponding to the two colors of the stamp were individually certified. 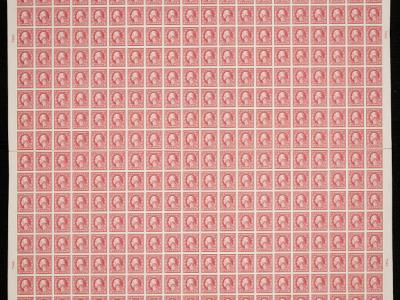 Learn more About To Forgive Divine?

Inverted Jenny
‹ U. S. Territories Stamp Proofs up To Forgive Divine? ›
Back to Top