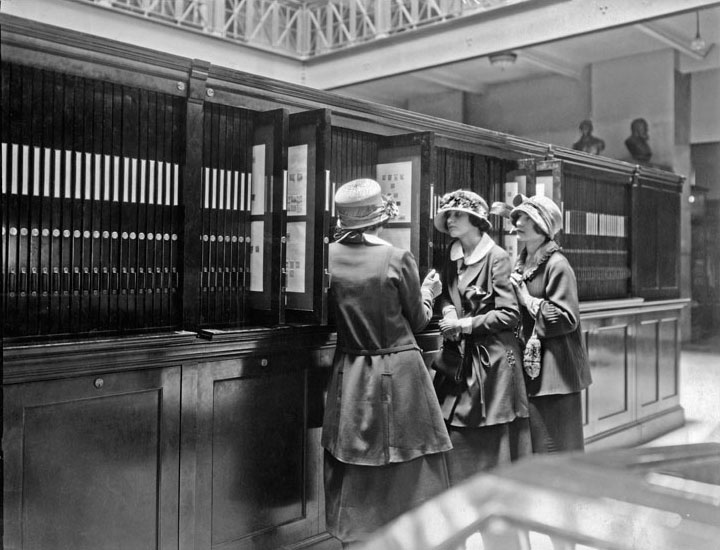 The Smithsonian’s stamp collection on display in the northwest court of the Arts and Industries Building, circa 1914. Courtesy Institutional History Division, Smithsonian Institution Archives. 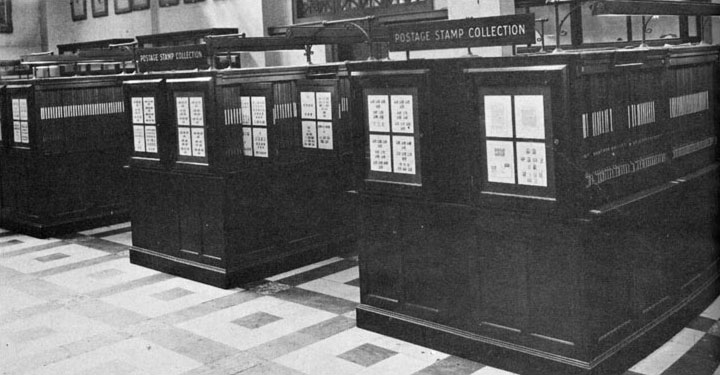 Joseph Leavy’s stamp exhibits, which opened in these mahogany pullot frames in December 1914, marked the first time that the Smithsonian displayed stamps as philatelic specimens rather than historical artifacts. He described the scientific, systematic arrangement in that month’s issue of the Philatelic Gazette: “Countries are displayed in alphabetical order, irrespective of geographical location. The headings throughout the collection give the date of issue, method of printing, where and by whom printed, watermark, and perforation, and if an issue is commemorative, a note is made of the event commemorated.” 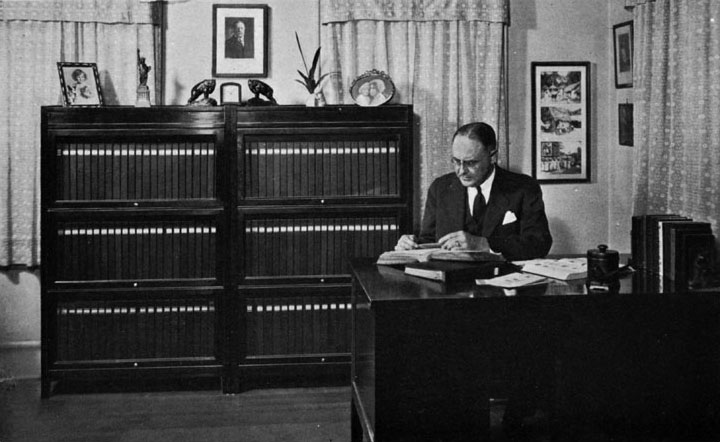 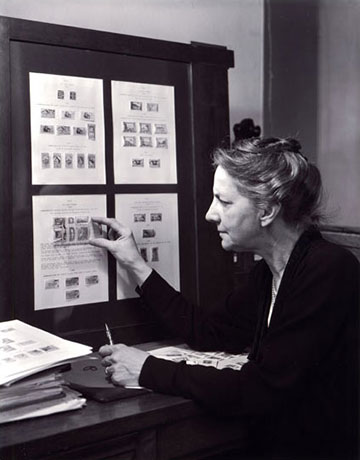 Catherine Lemmon Manning photographed by Theodor Horydczak, 1938. Manning headed the Smithsonian’s philatelic collection from 1922 to 1951 and was the first woman to achieve curatorial rank at the Smithsonian in a non-scientific field. Courtesy Library of Congress, Prints and Photographs Division. 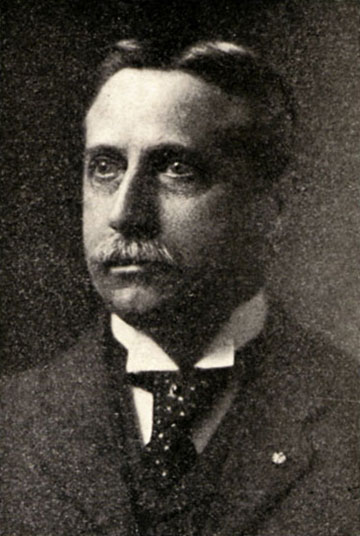 Clarence Henry Eagle, circa 1913. Eagle's collection, which the Library of Congress transferred to the Smithsonian in 1954, incorporates pieces previously owned by some of the greatest names in philatelic history, including the Earl of Crawford, Hiram Deats, and George Worthington. 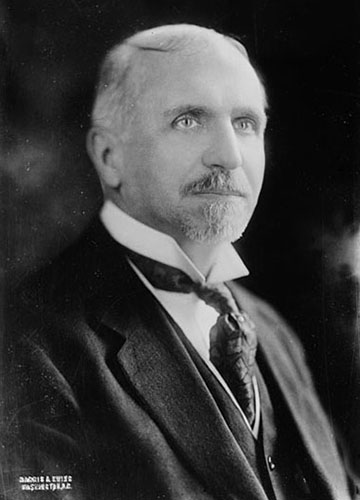 Congressman Ernest R. Ackerman, 1923. The Library of Congress transferred the Ernest R. Ackerman Collection of U.S. proofs and essays to the Smithsonian in 1954. Ackerman, a stamp dealer early in his life, never lost his love of philately. He built several world-famous stamp collections while pursuing a political career that culminated in seven terms as a congressman from New Jersey. Courtesy Library of Congress, Prints and Photographs Division. 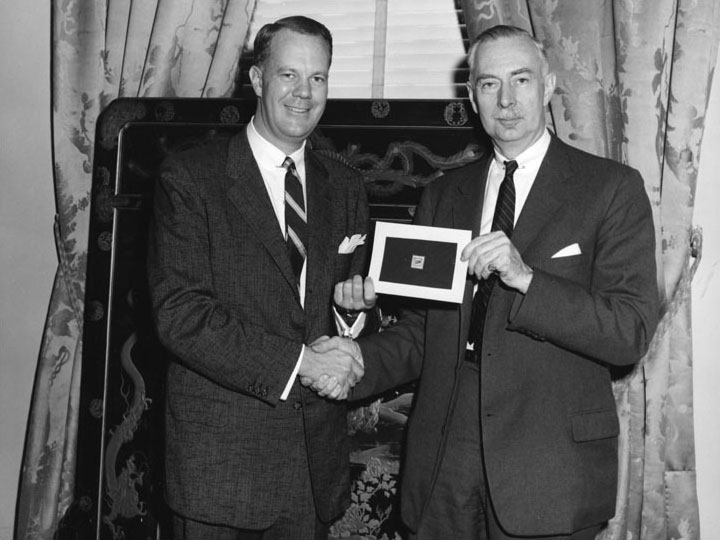 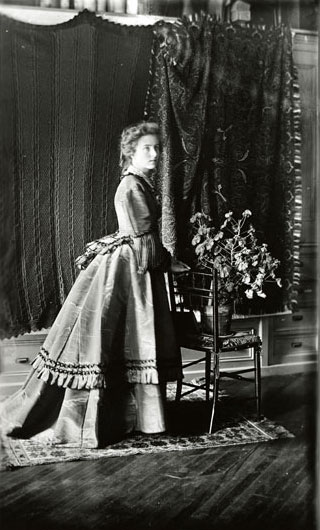 Emma E. Batchelor (1874-1960), a noted early collector of airmail, endowed the Smithsonian with a fund that has been used since the 1960s to add exceptional airmail pieces to the National Philatelic Collection. 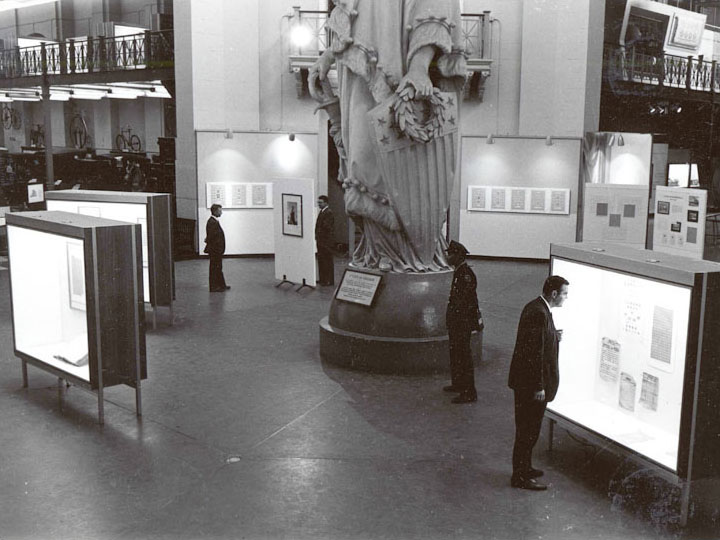 A stamp exhibit in the rotunda of the Arts and Industries Building, at the base of the plaster cast for the U.S. Capitol's statue of Freedom, circa 1962. 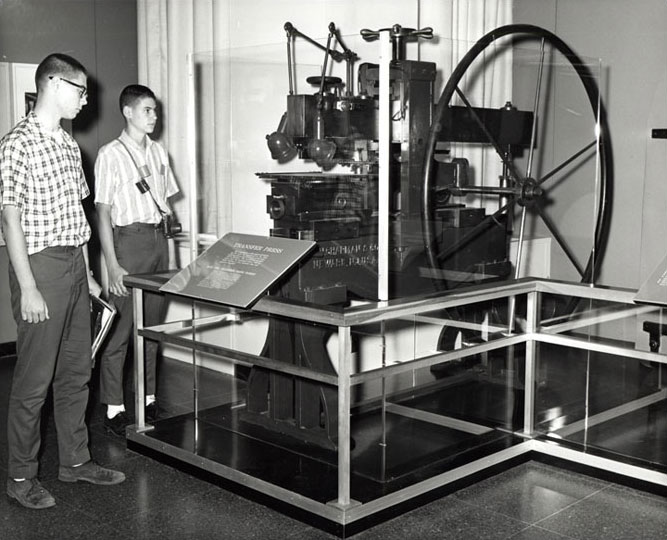 In 1964 a purpose-built 5,300 square foot Hall of Philately and Postal History led to a new focus on large-scale philatelic exhibits that were bigger than anything the Smithsonian had mounted before. The hall incorporated three-dimensional stamp production equipment for the first time, including this transfer press used to create stamp printing plates. 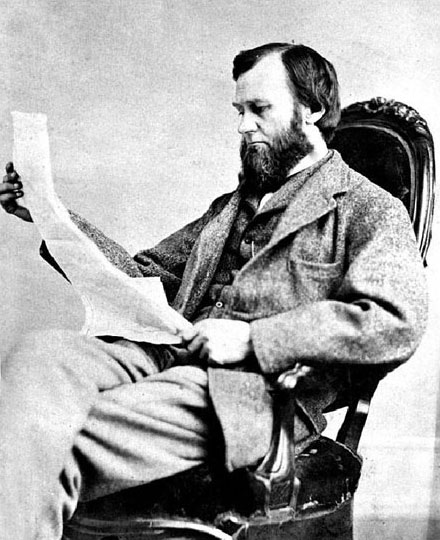 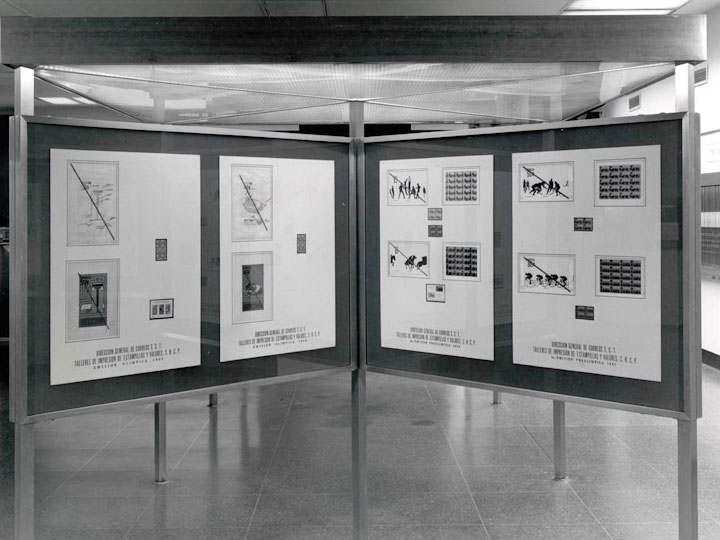 Original artwork for Mexico's 1968 Olympics stamps on display in the Hall of Philately and Postal History. 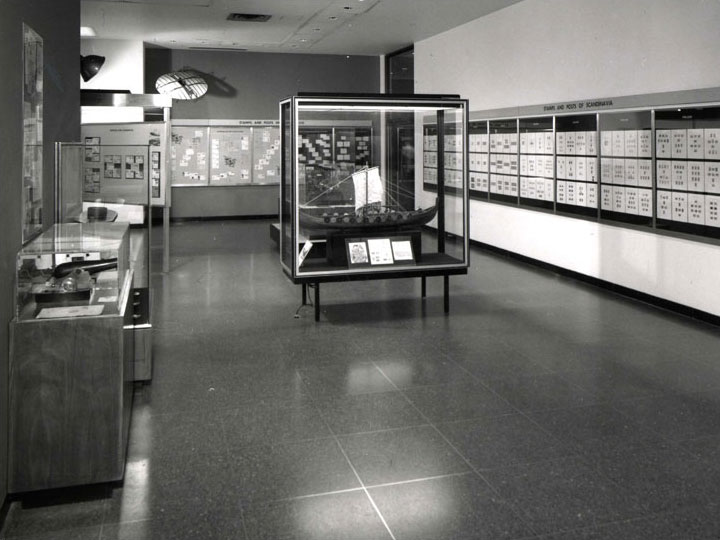 A Viking longboat was the centerpiece of this 1970 exhibit of Scandinavian stamps and postal history curated by Reidar ("Ray") Norby. 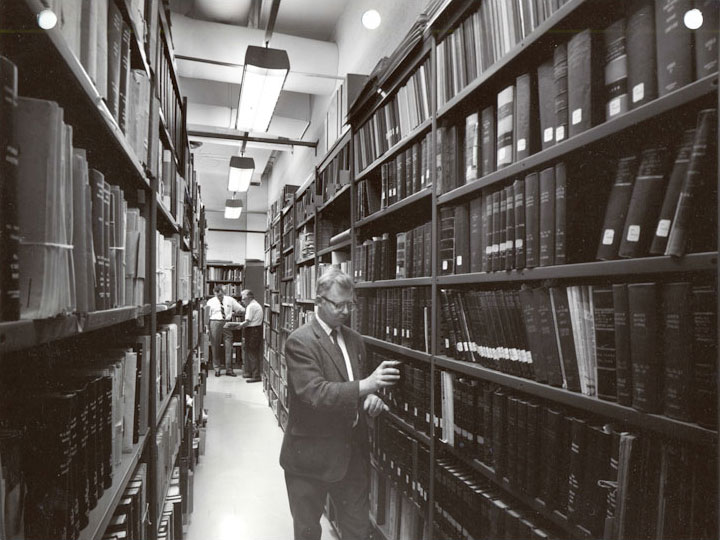 Curator Carl Scheele reaches for a volume in the research library at the National Museum of History and Technology, circa 1972. A bequest from retired curator George T. Turner, who owned the greatest private philatelic library ever assembled in the United States, greatly augmented the philatelic research library later in the decade. 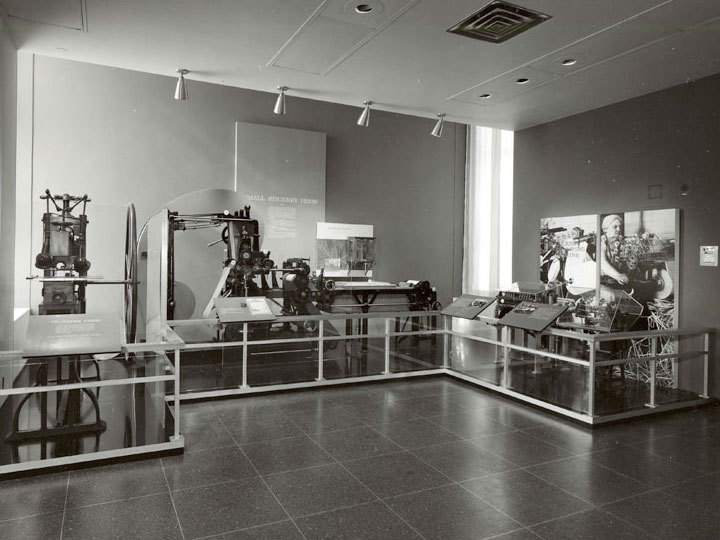 In addition to the transfer press at left, the Hall of Philately and Postal History featured a small Stickney press (center) as well as perforating and coiling machines (right). 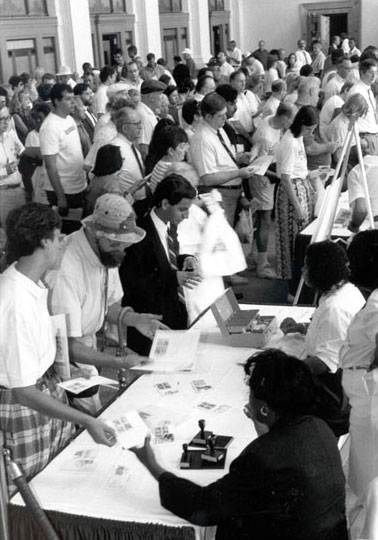 Ten thousand people visited the National Postal Museum on opening weekend, July 30-31, 1993. Visitors stood in line for up to an hour to buy the four stamps issued for the occasion.

‹ Curators up Further Reading ›
Back to Top