The Confederate government in Richmond, Virginia, assumed control over the economic, political, and military life of the South. Eleven states came to constitute the Confederate States of America as their state legislatures or populace voted to secede from the United States of America. Two additional states—Kentucky and Missouri—were admitted to the Confederacy but never formally seceded from the Union. President Jefferson Davis also proclaimed the Confederate Territory of Arizona, which included the southern portions of what are today Arizona and New Mexico.

The Confederacy solved the problem of moving mail by creating its own postal service. The C.S.A. Post Office Department was instituted on February 21, 1861, and John Henninger Reagan of Texas was appointed postmaster general two weeks later. On June 1, 1861, postal service between the warring North and South was suspended.

Reagan was a masterful executive. Under his supervision, the Department actually made a profit. This was an incredible achievement, especially in view of conditions in the wartime South. Even Union officials were impressed. In 1865, after the war had ended, Reagan was asked to assume responsibilities in the post-war U.S. Post Office Department. He declined.

In 1861, the postage rate in the U.S. was three cents per piece. When mail service between the North and the South ended, the Confederacy instituted a higher rate, five cents per half ounce on letters traveling a distance of under five hundred miles. This five-cent rate was doubled for distances over five hundred miles. After July 1, 1862, the postage rate was raised to ten cents for all distances.

A two-cent rate covered circulars and drop letters. Drop letters were those which were posted, then placed in a post office or 'charge box' for pickup. Few people enjoyed the privilege of street delivery, and citizens almost always fetched their mail from the post office themselves. Indeed, the vast majority of Confederate covers are addressed to a person in a city with no street address noted. Mail was often addressed 'in care of a third party. If street delivery was available and desired, an extra charge was added to the regular postage.

Three printing processes were employed in stamp production during the nineteenth century: lithography, typography, and engraving. Among stamp-issuing governments, only the Confederate States of America, in the four years of its short existence, employed all three. 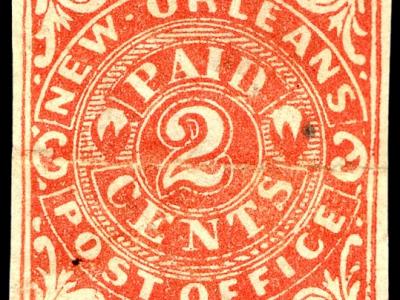 The first Confederate issue was placed in circulation in October 1861, five months after... 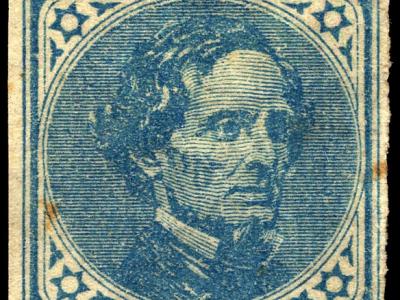 The Confederate States Post Office Department had to provide its citizens with stamps. Less than a month after...