Urban intersections were free-for-alls at the end of the 1800s. Traffic signals had not been invented, and reckless drivers seized the right of way. By 1900, 3 million horses, pulling an assortment of wagons and trolleys, choked U.S. city streets. The postal service moved to solve two growing concerns, transporting an increasing volume of mail into and through the cities and then delivering that mail to the addressee. 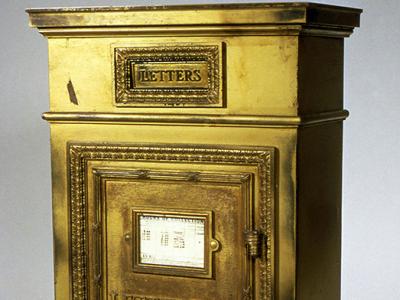 The first mail chute was installed in the Elwood Building in Rochester, New York in 1884. It was designed by James G. Cutler. 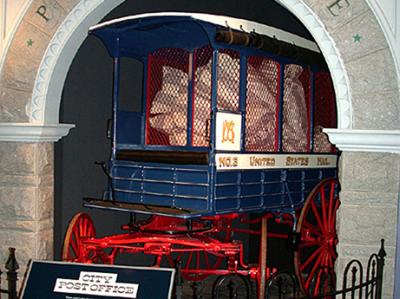 Screen wagons helped protect the mail as it was transported through the busy city streets. This wagon could carry as much as 5,000 pounds of mail on a single trip. 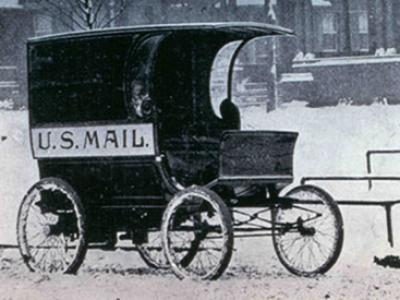 Learn more About Mail by Motor 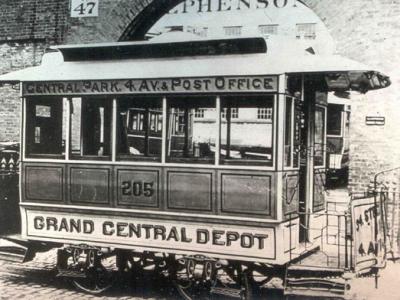 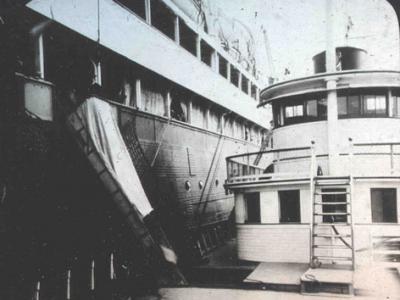 In order to move the mail off newly arrived ocean vessels while they were still in quarantine, the postal service commissioned harbor boats to transfer mail from the ocean vessels to land. 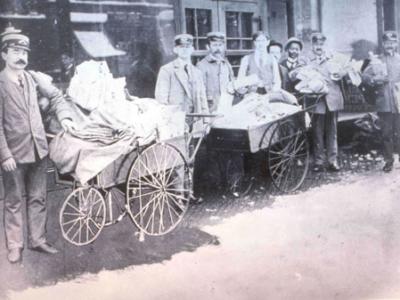 As mail volumes exploded in the growing cities, letter carriers sought relief from their loads of letters, newspapers and pakages with wheeled handcarts. 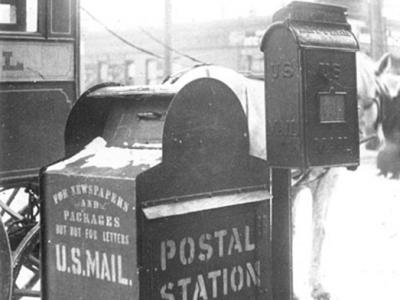 Postal officials began providing mailboxes for use on public streets in the mid 19th century.