In 1860, fewer than 13 percent of Americans lived in urban areas and only nine cities could claim 50,000 or more residents. Thirty years later, however, the urban population was soaring. By 1898, 30 percent of Americans were city dwellers, and Kansas City, Minneapolis, and other midwestern cities grew by more than 1,000 percent.

Rising population and the growth of businesses sent mail volume to new heights. The cities thrived on commerce, and the lifeblood of commerce was the U.S. mail. By 1900, the Post Office Department was serving citizens scattered sparsely over vast territories and millions crowded together within a few square miles. 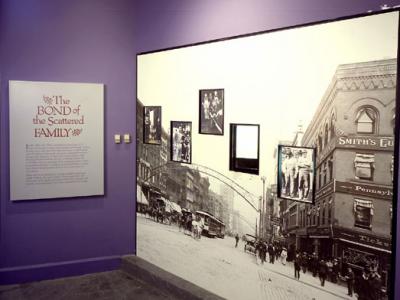 An Explosion of Mail

In the 1880s and 1890s, immigrants streamed to the cities in unprecedented numbers, often leaving their families and friends thousands of miles behind. Their only link with their past was to write. In 1889 alone, over 87 millions letters and cards were exchanged between Europe and the United States, twenty-two times as much correspondence as flowed between the two continents in the years prior to the Civil War.

Letters joined these immigrants first to their lands of origin and later to their children and grandchildren as these generations, in turn, moved on to other parts of this country.

Learn more About An Explosion of Mail 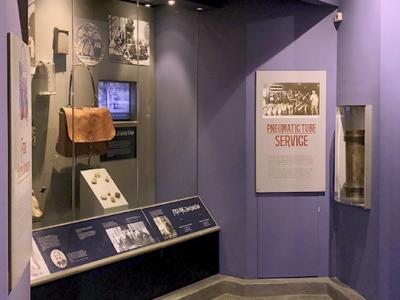 Free mail delivery, one of several mail services we now take for granted, began during the Civil War.  Established by the U.S. Post Office Department, the service was limited to northern cities. After the war, a number of Civil War veterans found work as letter carriers in the new service. 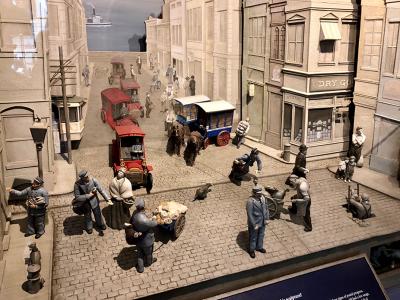 Urban intersections were free-for-alls at the end of the 1800s. Traffic signals had not been invented, and reckless drivers seized the right of way. By 1900, 3 million horses, pulling an assortment of wagons and trolleys, choked U.S. city streets. The postal service moved to solve two growing concerns, transporting an increasing volume of mail into and through the cities and then delivering that mail to the addressee.

‹ Customers and Communities up An Explosion of Mail ›
Back to Top