Praeger's triumph of coast to coast service in the fall of 1920 was short lived. By early 1921, Praeger was back in Congress fighting for airmail funding. He had asked for $3.5 million but received only $1,250,000 for the year. The Post Office Department was the target of Congressional inquiries over its use of non airmail postal funds to support the service. The inquiries, combined with continued criticism over deaths and injuries to airmail pilots due to unreliable equipment or forced flights in bad weather, put airmail service officials in an uncomfortable spot.

Praeger needed to convince Congress that the service was useful, even potentially critical to the nation. Among the criticisms aimed at the service was though exciting, it was only slightly faster than train service. Pilots, unequipped for night flying, were forced to land at dusk. Mailbags were transferred to trains which carried them through the night to another airmail field, where they were placed back aboard aircraft and flown through the day. To regenerate the excitement Praeger needed from Congress and the public to secure further funding for the service, he needed to set it up to fly mail around the clock. 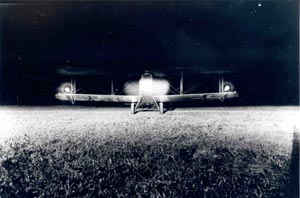 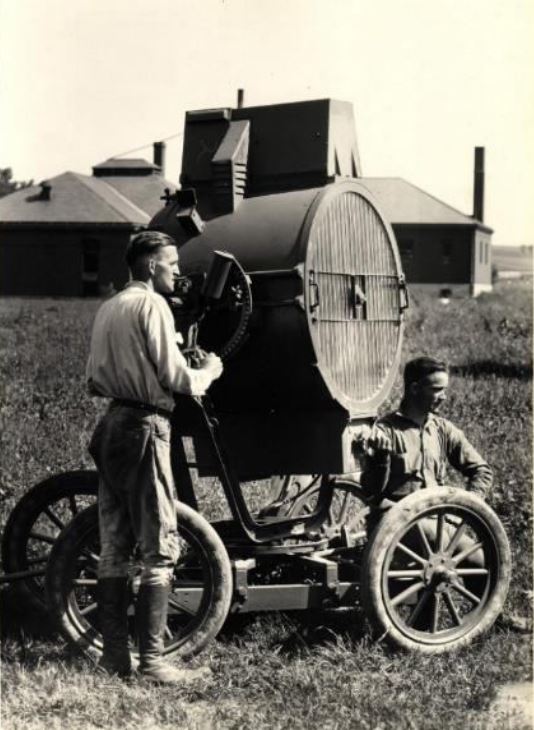 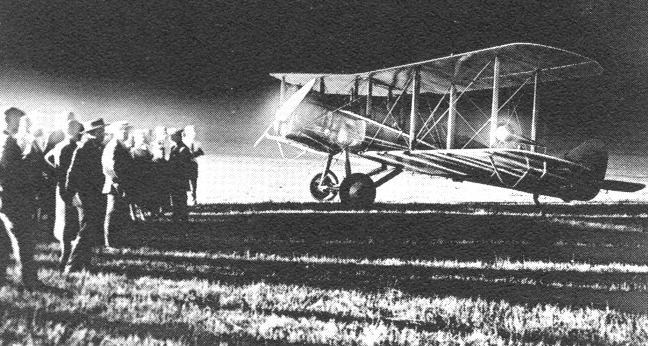 An airplane on Hadley Field on the first night airmail night service August 2, 1925.

To prove the usefulness of airmail service to Congress and the public, Otto Praeger decided to fly airmail day and night along the transcontinental flyway. Night flying had long been considered dangerous, even impossible. Early pilots expressed concerns that they would not be able to find their way without relying on landmarks. Many believed that flying at night would be akin to flying "blind" and a pilot would not be able to tell up from down.

In preparation for the service, the Post Office Department set out to use a series of beacons and field lights over part of the route. The plan called for two airplanes to leave from each coast and for the mail to make the across country trip in 36 hours. The trips had to be undertaken quickly, in order to get the financial support from Congress needed to keep airmail service viable. Praeger set the trips up for February 22-23, 1921.

Wretched weather halted the west-bound mail airplanes at Dubois, Pennsylvania and Chicago. The east-bound mail had an even more troubling start. The pilot of one airplane, William Lewis, was killed when his airplane stalled after takeoff from Elko, Nevada. The second east-bound airplane continued with its mail, and mail from Lewis' airplane was forwarded as well. The mailbags made it as far as Omaha, Nebraska early in the morning of February 23. By the time the mail reached that city, it was cold, the middle of a dark night, and pilots knew from weather reports that the weather east was so bad it had trapped at least one west-bound pilot in Chicago. The Air Mail Service desperately needed a hero. It found one in those early morning hours in pilot James "Jack" Night.

‹ Spanning the Continent up Knight's Night ›
Back to Top