The progress being made in the science of aviation encourages the hope that ultimately the regular conveyance of mail by this means may be practical.
Postmaster General Hitchcock, Post Office Department Annual Report for 1911.

A useless expenditure of money.
Representative Joseph Cannon (R-IL) on a proposal to fund an experimental airmail service, April 12, 1911.

In 1911, Postmaster General Frank Hitchcock enthusiastically promoted Earle Ovington's airmail flights, even swearing him in as the first U.S. airmail pilot. The few flights Ovington made that fall were designed to generate enthusiasm for the idea of transporting mail by air. Despite Hitchcock's attempts to attract funding, Congress was reluctant to pay for an experiment when no aircraft yet existed capable of carrying mail between towns on a regular basis. 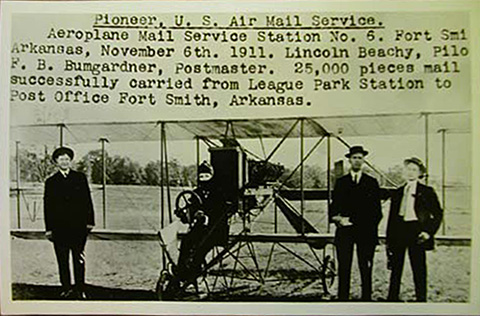 Postmasters across the U.S. engaged pilots to carry airmail at fairs and meets for publicity. This 1911 flight was made in Arkansas.
- Courtesy of National Archives and Records Administration 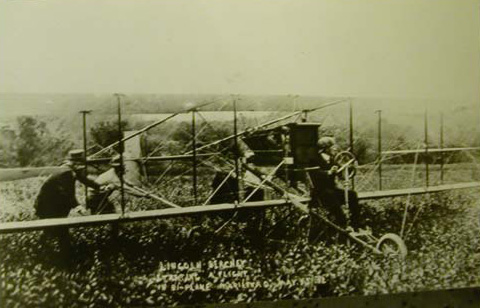 One of several experimental airmail flights undertaken in 1912. Seated in a Curtiss-manufactured aircraft is pilot Lincoln Beachey. Beachey carried mail on May 16, 1912 during the Marietta (Ohio) Daily Journal Aviation Meet.

Postmaster General Hitchcock continued to advocate for experimental airmail service. He allowed local postmasters to arrange for service-approved airmail deliveries during meets and fairs. Mail was authorized for airplane flights in several cities over the next few years, including St. Louis, Missouri, Minneapolis, Minnesota, and Marietta, Ohio. On November 2, 1911, the postmaster in Ft. Smith, Arkansas, oversaw the delivery of the first airmail in his city. On March 14, 1912, mail flew by air in New Orleans, Louisiana for the first time. The strategy worked to a degree. Americans, already excited about the aviation, were intrigued by airplanes carrying mail. But airmail remained a curiosity, a stunt more useful to philatelists than the general public.

With the change of administration in 1913, Albert Burleson replaced Hitchcock as postmaster general. Burleson signaled that his interest in airmail service was limited to its economic viability. In 1918, Burleson asked Congress for $50,000 to set up an experimental airmail service. He also appointed an old friend, Otto Praeger, as his Second Assistant Postmaster General. Praeger's duties were expanded to include the supervision of what would become the Air Mail Service. Unlike Burleson, Praeger's enthusiasm for the promise of airmail was boundless.

On July 1916, the Post Office Department finally received it's $50,000 for airmail service. But when the service, following it's tradition, asked for bidders to apply (the announced routes for bidding were in Alaska and Massachusetts), only one bidder came forward. Clearly another way had to be determined to make airmail service a reality.

The matter was dropped as U.S. aviation efforts focused on the growing conflict in Europe. The Army Air Service, readying for conflict, used civilian and army instructors to teach flying to its growing number of pilots. The JN-4 "Jenny", purchased from Curtiss Aeroairplane and Motor Company, became the most commonly used training airplane. The Curtiss company was already producing thousands of aircraft for the war, having obtained a $15 million contract for the British government in 1915.

Before the war was over, army officials agreed to fly Air Mail Service for the Post Office Department, knowing that the work would provide critical training flights for their pilots. The service was transferred to the postal service three months after it began. The Post Office Department ran the U.S. Air Mail Service for eight years while commercial aviation companies began to organize.

During the years it ran the service, the department lost money. Between 1918 and 1925, the postal service spent $17 million to operate a service that returned only one third of its investment. No private company of the period could have withstood the losses needed to organize, manage and broaden the scope of national airmail service at that time.

When the service was contracted out to civilian companies, the financial security of postal contracts kept them alive and provided badly needed capital for the creation of more reliable aircraft. Not until the dominance of the DC-3 aircraft in the late 1930s were airline companies finally able to make more money through passenger service than through airmail contracts. 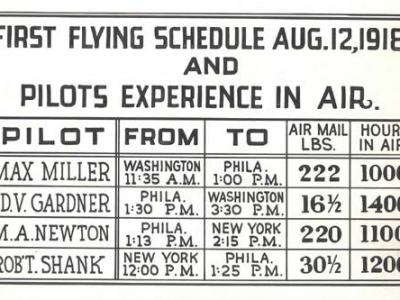 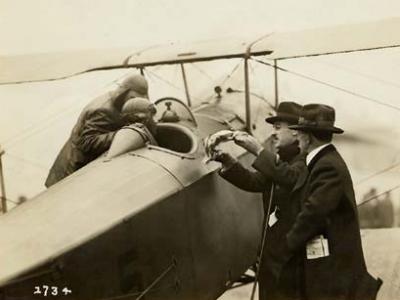 The Postal Service Takes Over

Learn more About The Postal Service Takes Over

A Bold Venture and Public Failure

Learn more About A Bold Venture and Public Failure 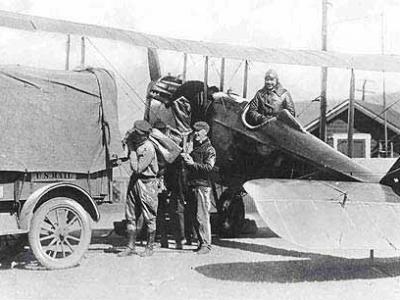 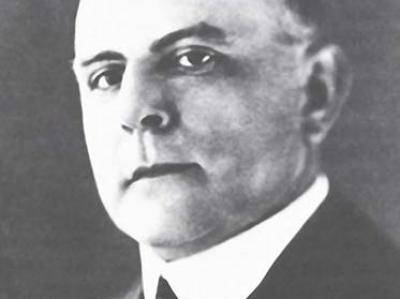 Learn more About The Strike 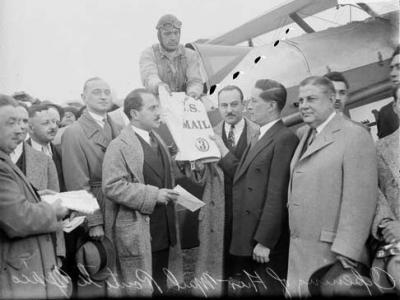 Learn more About Lipsner vs. Praeger

Who's in Charge? (Praeger versus the Army)

Learn more About Who's in Charge? (Praeger versus the Army)

‹ Airmail Creates an Industry up Regularly Schedule Service ›
Back to Top