By the time postal service pilots were making their first coast-to-coast flights, the Air Mail Service had already helped develop and refine aviation tools. Because pilots were required to fly in almost all weather conditions, compasses were critical to their survival. Unfortunately, the compasses used on early mail airplanes were dangerously unreliable. They tested new compasses, working to find one suitable when flying north, as well as east or west, one that was not diverted by metal in the airplane.

Pilots and officials worked to ensure better fire protection systems for the pilots and their cargo. Mechanics and pilots constantly tinkered with and improved their flight instrumentation systems. At the same time, Air Mail Service officials were on the lookout for design and engineering improvements that would ensure the safety, speed and reliability of mail airplanes.

Even before the first official flights of May 15, 1918, Second Assistant Postmaster General Otto Praeger was experimenting with the use of radio to maintain contact between pilots and the ground. The experiments continued through fits and starts and budget cuts before finally becoming part of the service in 1925.

Weather forecasts were critical to pilots plans. Calling farmers or field managers along the route was a typical way of determining conditions, one that certainly needed improvement. On December 1, 1918, the U.S. Weather Bureau used ground and weather balloon data to provide their first forecast to airmail pilots flying between New York and Chicago.

By far the most critical innovation to the success of the Air Mail Service was the use of beacons to open up the transcontinental flyway to night flights. Between 1923 and 1927, the Post Office Department erected 616 airmail beacons between New York and San Francisco. 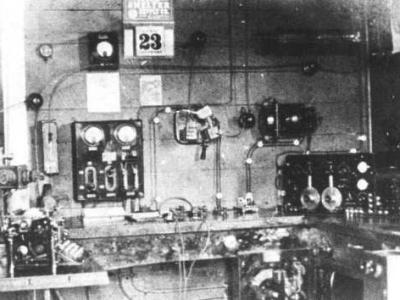 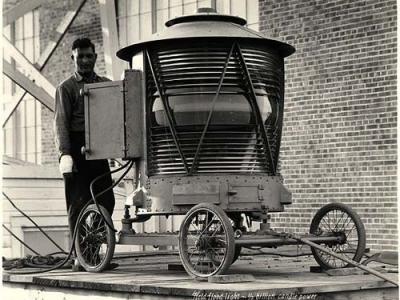 ‹ Knight's Night up Radio ›
Back to Top