Ins and Outs of an Airplane

All the parts of the airplane combine to make flight possible. Explore this picture and uncover the workings of each airplane part.

Scroll down to learn about different parts of an airplane. 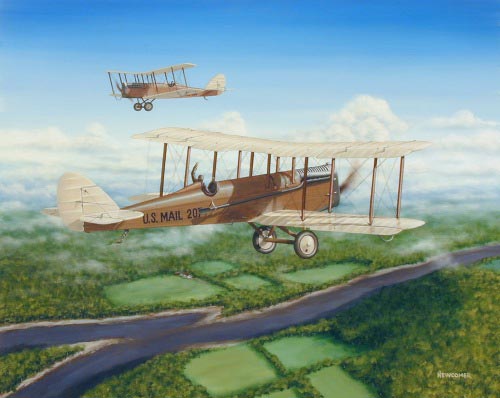 "Colleagues" by Mike Newcomer depicts airmail pilots waving to each other from de Havilland airplanes.

The wing creates a force called lift. Lift makes things rise. Lift is the opposite of gravity, which pulls things to the earth.

The wing's shape, tilt and size produce lift for the airplane to overcome the pull of gravity and the weight of the airplane. Look at the picture and describe the shape of the wing.

On the de Havilland's upper and lower wings, the pilot has movable controls called ailerons. The ailerons are hinged sections at the end of the wing. The ailerons control lift during takeoff, landing, and turning (also called roll).

Image: Two wings on the de Havilland DH-4 make it a biairplane. 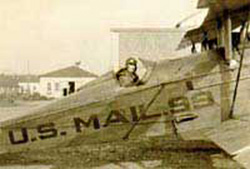 The fuselage is the main body of the airplane. The wings and the tail are attached to the fuselage.

On the de Havilland DH-4, the fuselage is also where the airmail cargo hold and the cockpit are located.

The cockpit is where the pilot sits and controls the airplane. In the DH-4 airplane, the cockpit is open. The pilot has only a small windshield and no roof to protect him from high winds, rain, snow and cold temperatures. 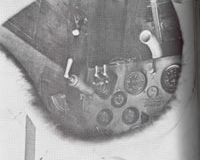 Interior of a de Havilland's cockpit

The de Havillands used by the airmail service had notoriously unreliable instruments. Even the compass often did not function properly. The pilots relied greatly upon their knowledge of the route, their visual skills and their experience in reading the airplane's performance by feel, sight and sound. 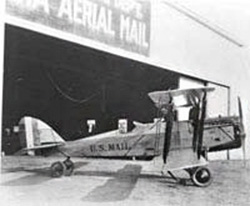 On the vertical stabilizer, there is a hinged section called the rudder. The pilot uses the rudder to control the side-to-side motion of the airplane's nose. This side-to-side movement is also called yaw.

Image: The elevators on this parked DH-4 are pointed downward. 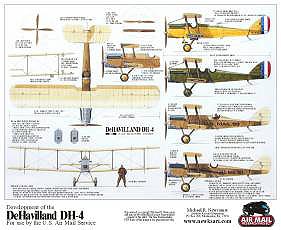 Download artist Mike Newcomer's schematic drawing of the development of the DH-4 airplanes used by the Airmail Service.

‹ Above the Clouds: The Airplanes up Prep and Color Your Airplane for Flight ›
Back to Top