Peering out from their open cockpits, early airmail pilots sought visual references on the ground to help guide their way. Rivers and particularly railroads were helpful guidance tools. When all else might fail, a pilot who could find the right railroad to follow could fly directly to his destination. Maps were another important tool. Before maps were created specifically for aviators, pilots used ordinary maps to help find their way over new territory.

Map reading was not a prerequisite for employment as an airmail pilot, because there were no flight maps. Instead there were flight directions compiled by other pilots and station managers. They read something like this: "From the end of the runway follow the main road keeping to the left of the small lake and pass straight over the big tree at the end. Then head for the water tower in the distance." On a foggy morning that water tower might as well have been on Mars. 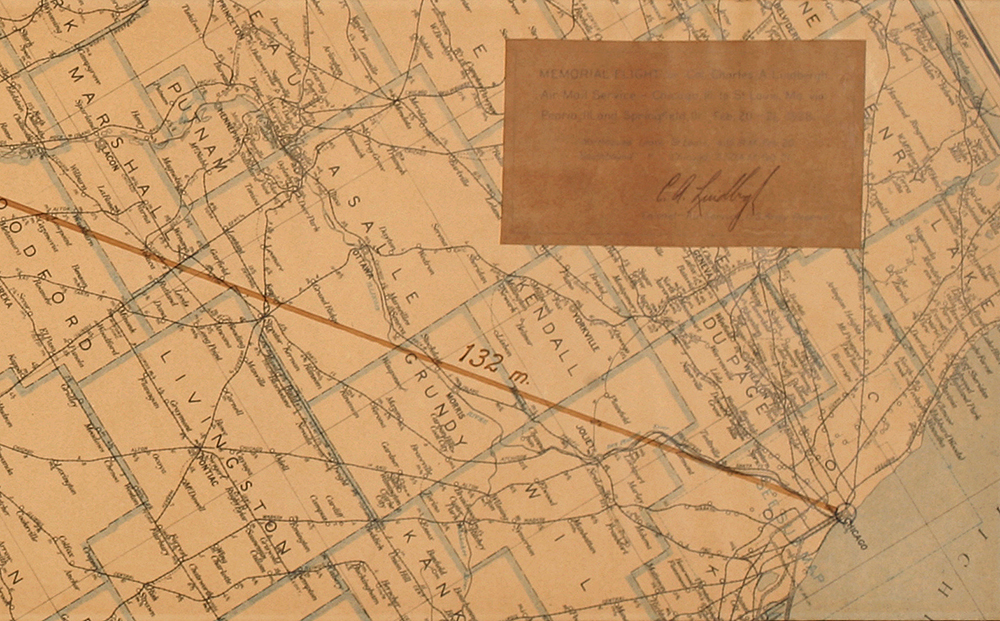 Pilot Charles Lindbergh's signature on a map used during his airmail service days. The map shows part of the route between Chicago, Illinois and St. Louis, Missouri. Lindbergh flew between these cities as a pilot on Contract Air Mail Route #2. 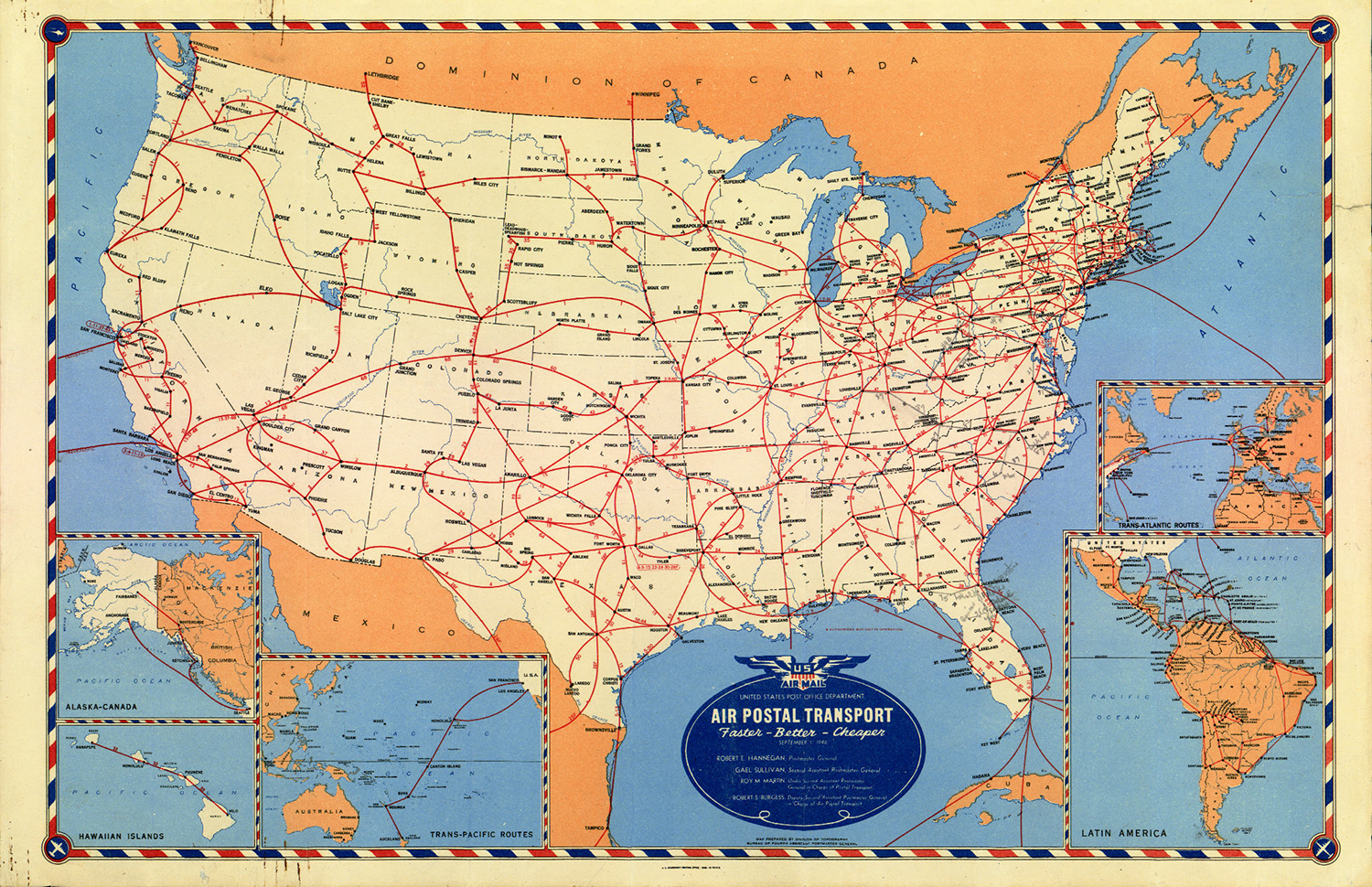 This airmail route map from 1946 shows the routes criss-crossing the United States, and to points in Europe, South America and the South Pacific twenty years after contractors began carrying the nation's airmail. 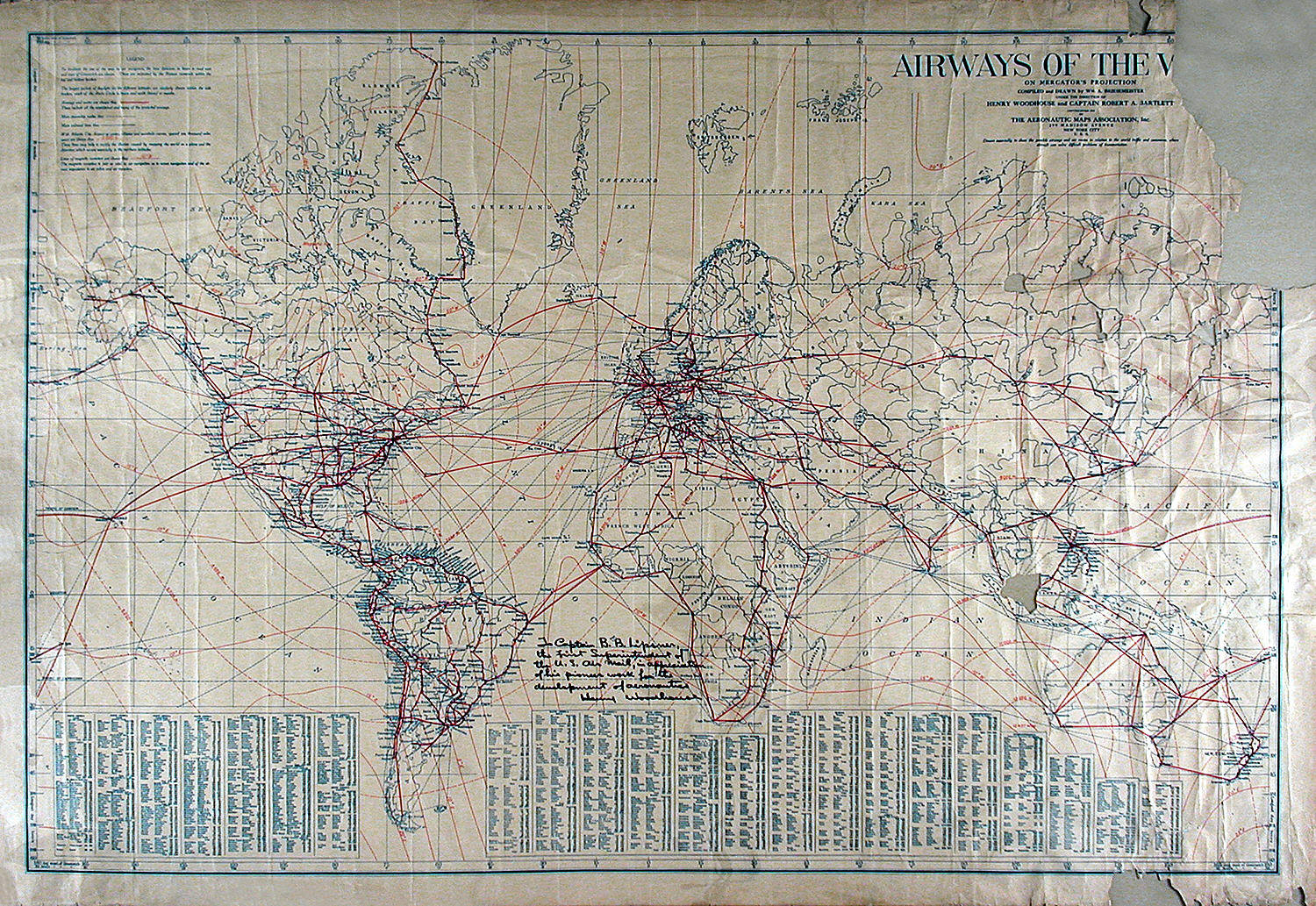 A map showing airmail routes around the globe presented to Benjamin Lipsner by Henry Woodhouse of the Aero Club of America. 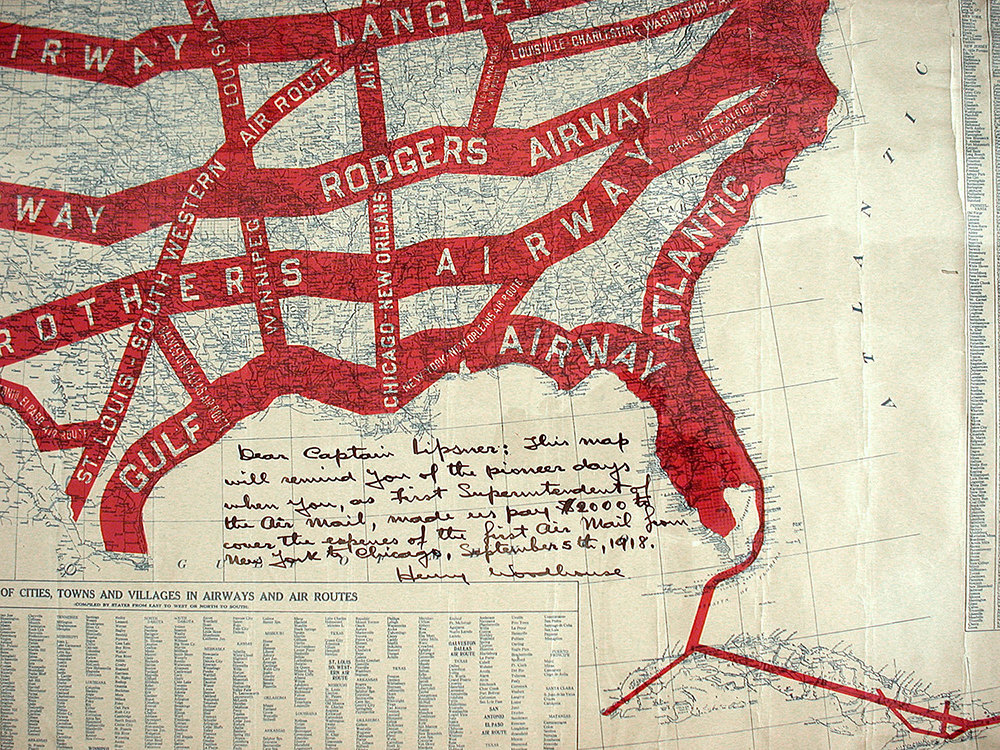 A section of a map showing major airmail contractors and their routes across the U.S. presented to Benjamin Lipsner by Henry Woodhouse of the Aero Club of America.

‹ Posters and Flags up Maps/Pilots' Directions ›
Back to Top