The world's first regularly scheduled Air Mail Service began on May 15, 1918. That morning, pilots readied to fly mail between Washington, D.C., Philadelphia, Pennsylvania, and New York City. The army continued to manage the service for the next three months. In early August, the Post Office Department took over the airmail service and ran it through 1926.

Examples of envelopes from the May 15, 1918 airmail flights. 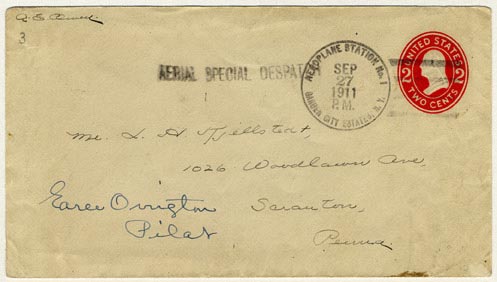 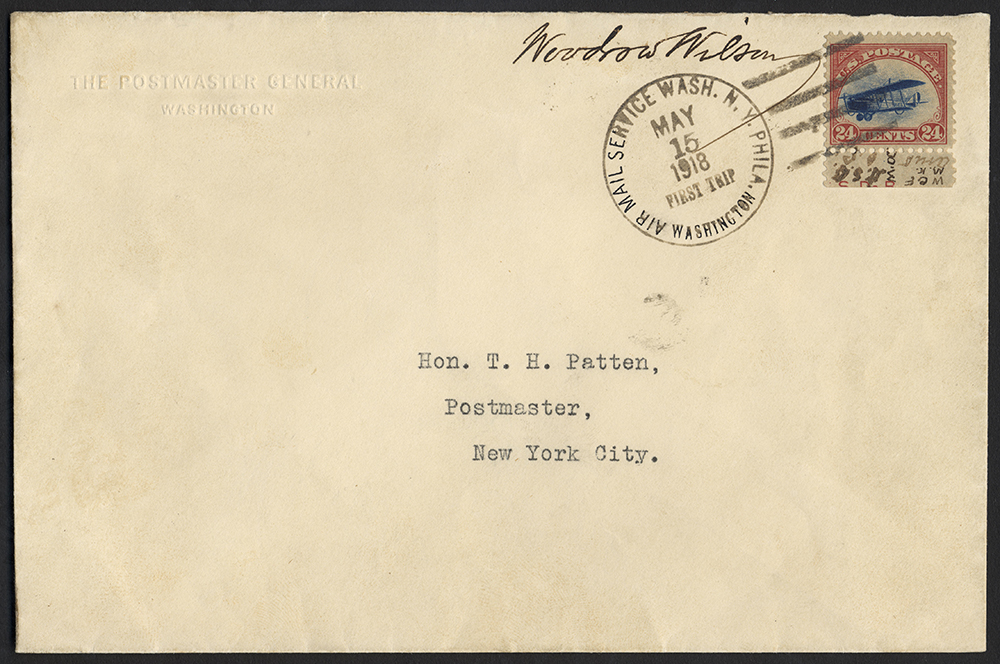 On May 15, 1918, the date of the scheduled start of airmail service from Washington to New York City, President Woodrow Wilson autographed one of the covers to be flown on that flight.

He did this at the request of Noah W. Taussig, who had written to the President on April 22, 1918, promising to have the cover auctioned for the benefit of the American Red Cross or any other wartime charity suggested by the President. Taussig promised to start the bidding at $1,000. The cover was auctioned at the Collectors' Club in New York City on June 11, 1918. It was sold to Taussig at his opening bid of $1,000 as promised. The sum was then paid to the American Red Cross. 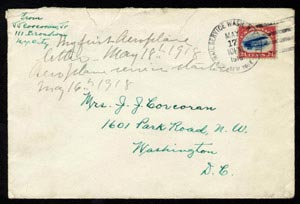 Learn more about the Army pilots who flew the flights on May 15, 1918