A printing mistake occasionally turns a common stamp into a highly prized trophy. The well-known 24-cent airmail stamp of 1918 is a famous example. An unused regular copy of the stamp is worth something less than $100 in today's market. A stamp of the same issue with an inverted center can be sold for two thousand times that price. Only one sheet of one hundred of these stamps, affectionately known as the Inverted Jenny, was sold. The lucky buyer was William T. Robey of Washington, D.C.

In many cases, inverted stamp errors are created when a sheet of stamps passes through more than one printing, usually to add another color. In the case of the Inverted Jenny, when the error occurred, either an inverted carmine frame sheet was fed into the small hand press for the second impression or the plate printer, after inking and wiping, placed an inverted blue vignette plate into the press. The Washington, D.C., post office sold the one undetected sheet of the error on May 14, 1918. 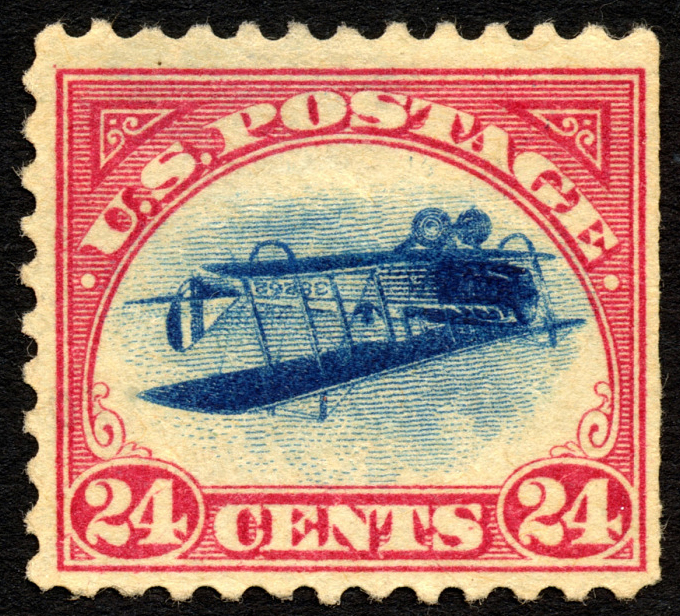 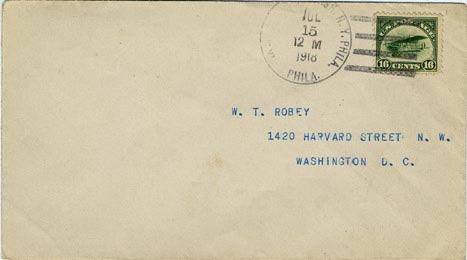 This canceled cover is addressed to William Robey, the collector who purchased the sheet of 100 inverted Jenny stamps.