The Museum has a wide selection of CAM covers in its collection. 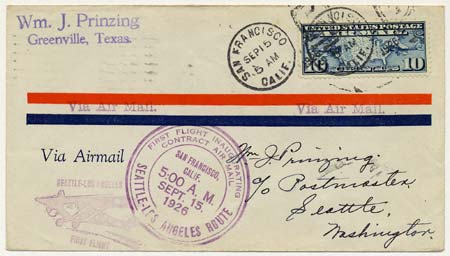 Envelope commemorating the first flight of the Seattle-Los Angeles route on September 15, 1926. 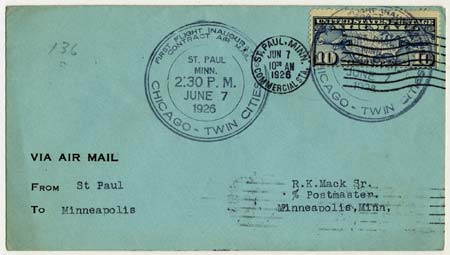 This envelope was carried on the June 7, 1926 first contract airmail flight between Chicago, Illinois and Minneapolis-St. Paul, Minnesota. 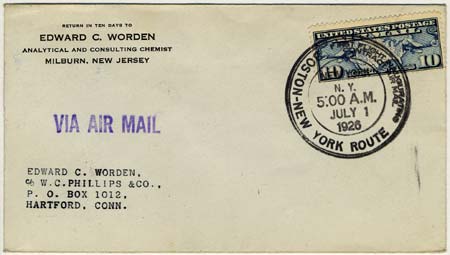 Contract fliers carried the mail, including this envelope, for the first time between Boston, Massachusetts and New York City on July 1, 1926. This route had been tried as a temporary airmail route under the direction of the U.S. Postal Service's Air Mail Service, but was canceled. 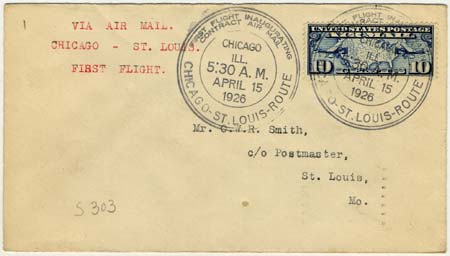 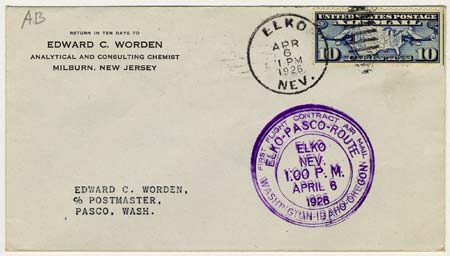 Contract airmail pilots flew the mail, including this envelope, for the first time on the Elko, Nevada to Pasco, Washington route on April 6, 1926. 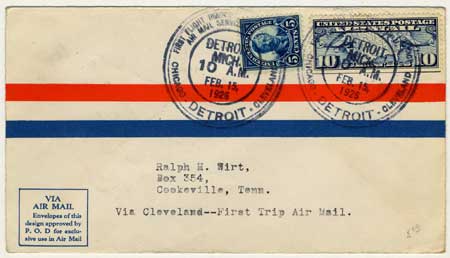 This envelope was one of hundreds flown by contract airmail pilots on the Chicago, Illinois - Cleveland, Ohio airmail route on February 15, 1926.