Foreign airmail route covers in the Museum's holdings include items from early routes through the explosive growth of the service in the 20th century. Among the remarkable special collections are materials relating to Charles Lindbergh and Amelia Earhart's flights. Envelopes from numerous first and notable foreign flights are also in the collection. 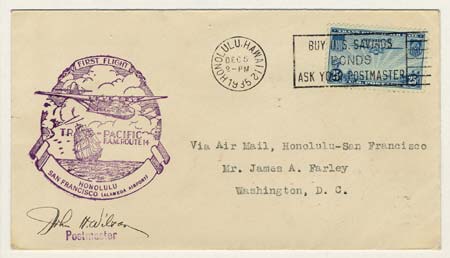 This envelope, canceled on December 5, 1935, was flown on the first trans-Pacific airmail flight from Honolulu to San Francisco. It was addressed to the Postmaster General at the time, James A. Farley. 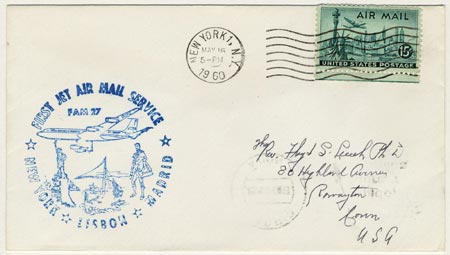 This envelope was carried on the first flight for the Foreign Air Mail service between New York, New York, and Madrid, Spain and was carried by jet airplane. 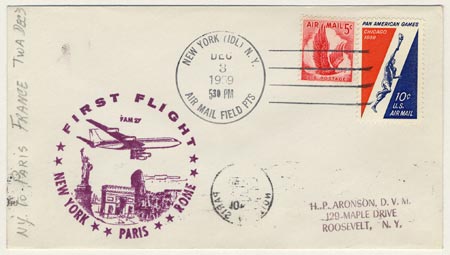 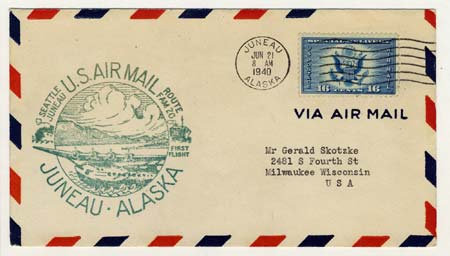 This envelope was flown on the first flight of Foreign Air Mail route #20 on June 21, 1940. The route, between Seattle, Washington and Juneau, Alaska, qualified as a foreign airmail route because of a stop in Canada. 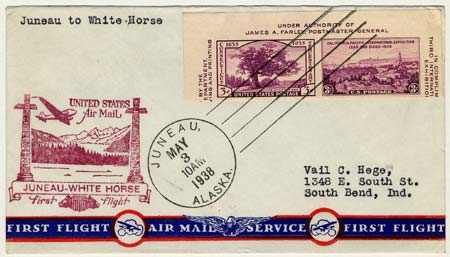 This envelope was carried on May 3, 1938 from Juneau, Alaska to Whitehorse, in Canada's Yukon Territory. 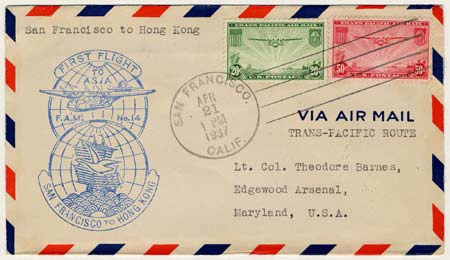 To celebrate the opening of Foreign Air Mail route #14, a correspondent sent this envelope to be canceled and carried on the San Francisco-Hong Kong flight on April 21, 1937. 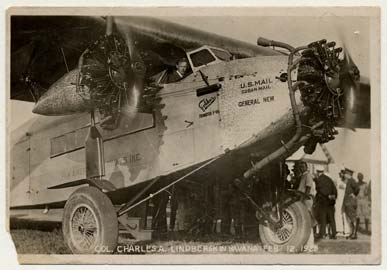 One of the most famous proponents of the U.S. foreign airmail routes was pilot Charles Lindbergh. Famous for having flown the Atlantic solo in 1927, Lindbergh had previously flown as an airmail pilot. This postcard, postmarked from Havana, Cuba to New York City on September 27, 1928, shows Lindbergh at the wheel of a Tri-motor airplane in Havana on February 12, 1928.