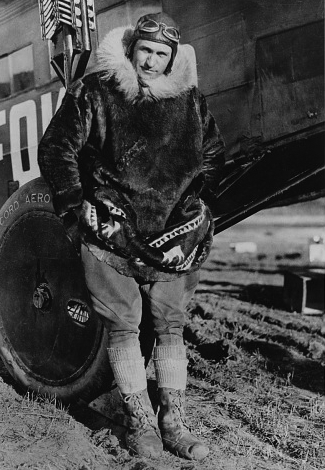 Known as the father of Alaska's Air Mail Service, Ben Eielson was born in Hatton, North Dakota in 1897. Like many other young men, Eielson enlisted in the armed forces when the U.S. entered the first World War, ending up in Signal Corps' aviation section. By 1924, Eielson had made his way to Alaska, where he worked with supporters to set up an airmail route between Fairbanks and McGrath, Alaska. He became known as the "Father of Alaskan Aviation."

After the end of the First World War, Eielson began barnstorming. There wasn't much money to be made in that line of work, and after a few years he decided to accept a teaching position in Alaska.

The challenges of transportation and communication over the vast distances of the territory intrigued Eielson. Before long he was pushing the need for a commercial aviation company, having convinced financial backers of the promise of his vision. Eielson had support for the venture and soon was flying as the only pilot of the Farthest North Aviation Company. By 1924, Eielson and supporters had managed to receive a mail contract for service between Fairbanks and McGrath, Alaska, a distance of about 300 miles at $2 per pound of mail, one half the cost of the route's dogsled mail service. 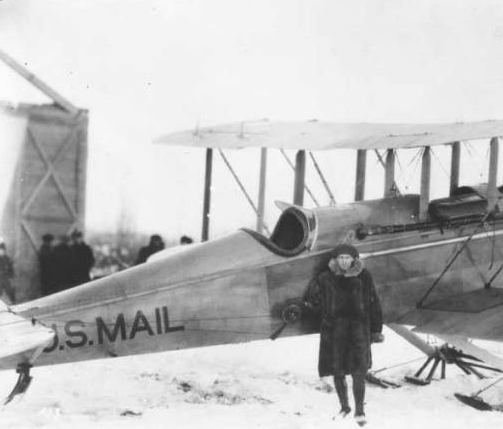 The first flight was a success, but postal officials were not convinced of the need for that expense, and in May, after only half a year of service, the contract was withdrawn. Eielson traveled around the country again, taking various jobs, before returning to Alaska late in 1925. It was there that the Australian explorer, Sir Hubert Wilkins, convinced Eielson to accompany him on an expedition, a trans-polar flight from northern Alaska to Greenland. The resulting 1926 expedition did not succeed, although in the attempt Eielson did become the first flyer to land a airplane on the Arctic Slope.

In April 1928, Wilkins and Eielson finally flew 2,200 miles over the polar cap from Alaska to Spitzbergen Island, Greenland. Similar expeditions followed, and in 1928 Eielson won the Harmon Trophy for the greatest feat in American aviation of that year. The next year, Eielson joined a rescue mission to save passengers and furs off of a freighter trapped in ice near Siberia. Eielson and his mechanic, Earl Borland, were killed flying into a blizzard. Their bodies were recovered months later.

‹ Charles Lindbergh up Elrey B. Jeppesen ›
Back to Top