Eddie Gardner, who began flying the mail in 1918, had been nicknamed "Turkey Bird" by fellow pilots who thought his wobbly takeoffs resembled a turkey trying to fly. Somewhat insulted, Gardner insisted on shortening the name to "Turk Bird," which he considered more acceptable. He had already logged over 1,400 hours of flight time and was working as a senior flight instructor for the Army when Gardner was asked to join the newly-formed Air Mail Service.

Before taking to the air, Eddie Gardner spent several years working as a chauffeur and mechanic in Chicago, Illinois. He had a love of auto racing, and in 1910 he purchased a sporty National Motor Vehicle Company racing car from Benjamin Lipsner (who, as the first superintendent of the Air Mail Service, hired Gardner as an airmail pilot).

On May 15, 1919, Eddie Gardner, who had made the only moderately successful Chicago - New York trip during the path-finding tests, took off from Cleveland with the west-bound mail, landing in Chicago three hours and 50 minutes later. Having survived his years in the airmail service, Eddie Gardner died on May 6, 1921 while stunt flying at a Kansas county fair. 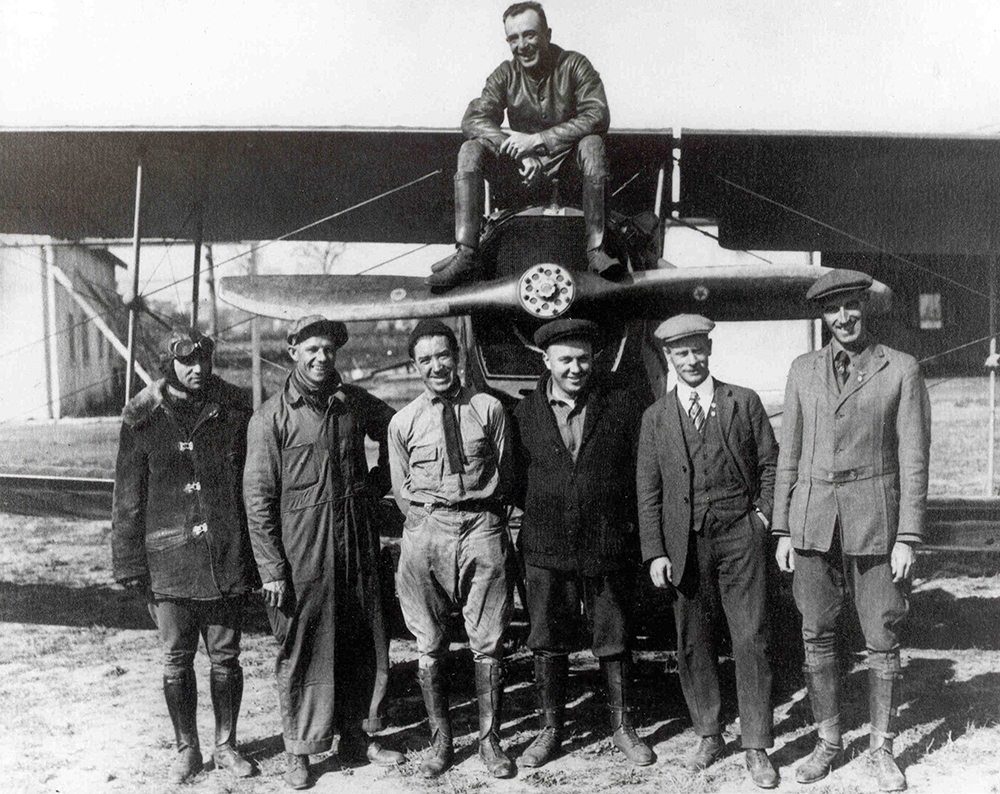 Eddie Gardner sitting on his aircraft, airmail pilot and good friend Robert Shank is standing to the right. The pair posed with their mechanics at the College Park, Maryland airport in August 1918. 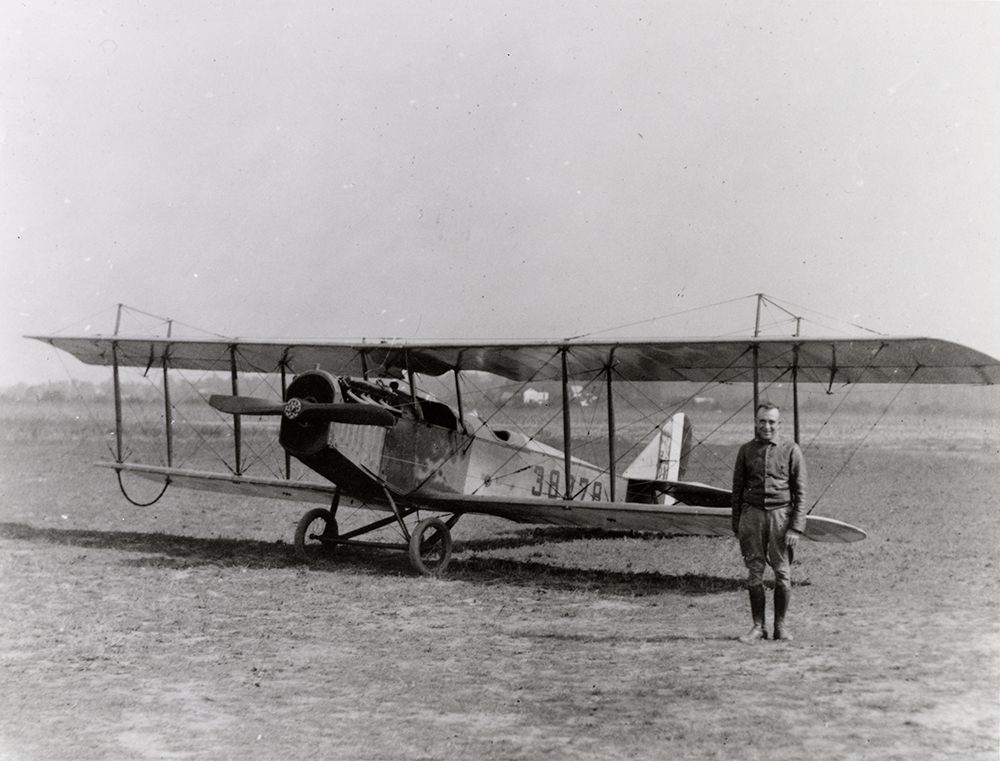 Gardner standing next to a Curtiss Jenny JN-4B at the College Park, Maryland airport. 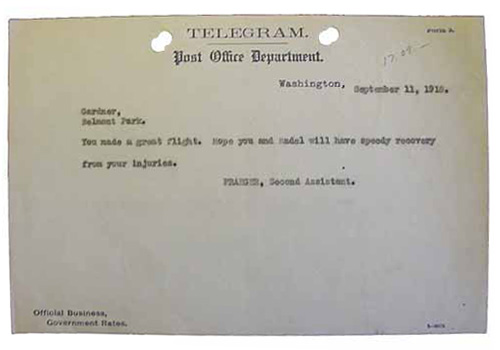 Gardner survived countless airplane crashes, including a narrow escape in Cleveland, Ohio on September 15, 1918. Headed for Chicago with the mail, Gardner was unable to gain altitude on takeoff, and while trying to make an emergency landing in a vacant field near a cluster of homes, he crashed his airplane into two of the houses. No one, including Gardner, was injured in the accident.

On November 18, 1918, Eddie Gardner drew the wrath of Second Assistant Postmaster General Otto Praeger when he refused to carry the mail in severely limited visibility. Gardner had already gone up that morning at the New York end of the route to evaluate the weather at 10:30. He managed with "careful flying and good luck" to land safely about five miles away. When he got out of the airplane, he heard the news that a test pilot from a nearby field had been killed taking off in that fog. The field manager agreed with Gardner's assessment that flying that day was impossible and so telegrammed his Washington superiors.

Praeger's response to the concerns coming down from Belmont Park field was, "Start the Mail Ship Without a Minute's Delay." Against his better judgment, Gardner did attempt a trip that afternoon, but the weather was impossible. When Gardner and Robert Shank, the only other pilot available at the time, refused to fly, they were both fired. Both men were rehired early the next year when James C. Edgerton, the former Army airmail pilot, was named Praeger's Chief of Flying. Edgerton recognized the pair's abilities and knew they would do the service proud.

Gardner received his civilian flying license on August 9, 1918, just before he was to begin flying the mail for the U.S. government. Garder was authorized "to use any one of the machines listed on the reverse side of this license in carrying out the duties assigned to him by the Post Office Department." The airplanes listed were all of the army's Curtiss JN-4H Jennies, Curtiss R-4L aircraft and the Standard JR-1 airplanes ordered, but not yet received, by the postal service. The airplanes were numbered 120 through 134.

On September 5, 1918, pilots Max Miller and Eddie Gardner began their landmark pathfinding flight between New York City and Chicago, Illinois. Miller flew in a Standard airmail airplane with a 150-horsepower Hispano-Suiza engine. Gardner followed in a Curtiss R-4 with a 400-horsepower Liberty engine and was accompanied by Eddie Radel, a mechanic.

As each pilot landed to refuel or make repairs, he eagerly called Lipsner in Chicago to find out where the other one was. A set of telegrams tracked their progress. Miller landed in Chicago first, at 6:55 p.m. on September 6. Gardner arrived the next morning, landing at 8:17 at Grant Park.