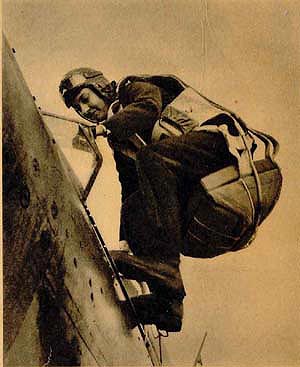 Parachute
The first airmail pilots did not have the option of a parachute. But as technology improved and parachutes became more reliable, they were added to the list of pilot gear. These parachutes were designed to be sat on by pilots as they flew. The life-saving devices, thus became pads for the hard cockpit seats. 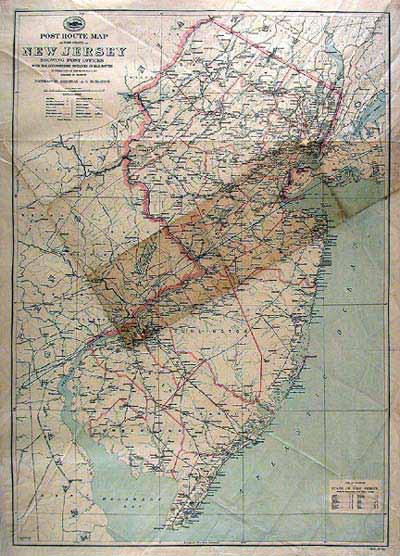 Map
In the early years of aviation, pilots used the same maps as ground travelers. These maps could be strapped to a pilot's leg for easy reference during flight. They were useful for helping pilots locate and use navigation aids such as railroad tracks or rivers. The maps were useless for helping guide pilots on best approaches to landing fields or other crucial pieces of flight direction information. For that, pilots had to use other guides.

This map, published in 1917, was used by pilots flying between the first airmail stations at Washington, D.C., Philadelphia and New York. 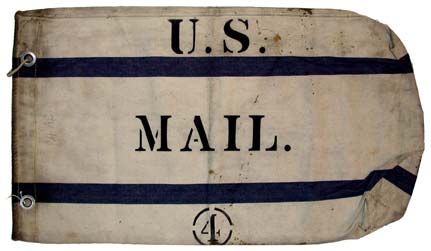 Mail Sacks
The most important thing carried by the mail airplanes was not the pilot, but the mail. The airmail rules made it clear to pilots that their first order of duty was to the speed and security of the mail. Even after Second Assistant Postmaster General Otto Praeger (and his "fly or be fired" rules were replaced by a more pilot-friendly administration), mail security was still a priority.

The first decades of the 20th century were a time when mail was the principle, if not only, means of communication. Businesses relied on mail for their livelihood, while family and friends had few other communication options. Mail was carried aboard ships, trains, trucks and airplanes in sturdy well-marked U.S. Post Office Department mail sacks such as this one. 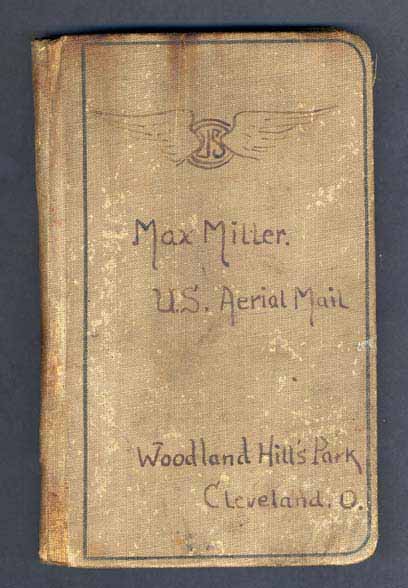 Log Book
A page from airmail pilot Max Miller's log book. Pilots used such books to record times of takeoffs and landings as well as irregular incidents such as forced landings.

Pilots also recorded their per diem and expenses as well as notations on landing fields and aircraft conditions. Airmail pilot Elrey B. Jeppesen's books were so well documented that he began to sell copies of it to other pilots.

‹ Suiting Up up Historic Airplanes ›
Back to Top