In the early 1930s, Boeing's 247 airplane was the airplane to beat. Donald Douglas' company secured a TWA contract for a new style of airplane. Douglas Commercial Model 1 (DC-1), was produced in 1933. The model was tinkered with and unveiled the following year. This DC-2 was successful enough to make Boeing's 247 practically obsolete. Douglas Aircraft engineers continued to tinker and improve their design. Their first DC-3 was unveiled on December 17, 1935. While not as revolutionary as the craft flown by the Wright Brothers at Kitty Hawk 32 years ago on that date, the DC-3 changed the industry. 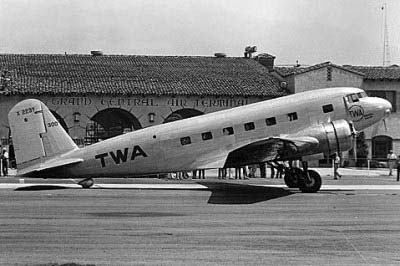 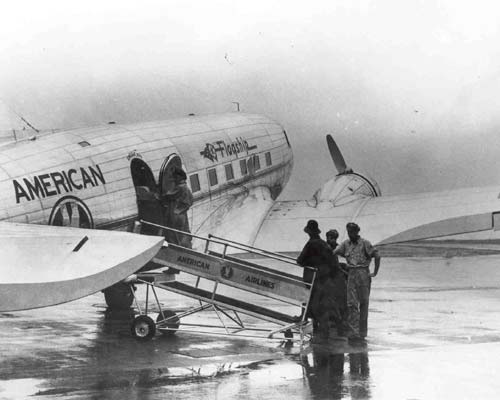 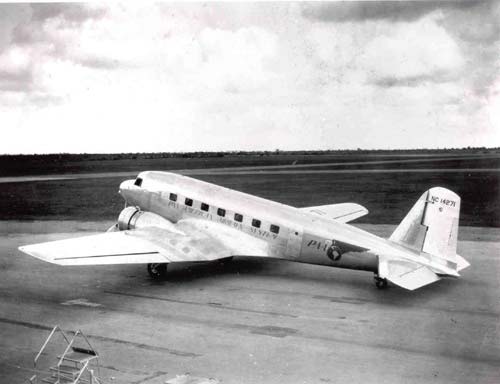 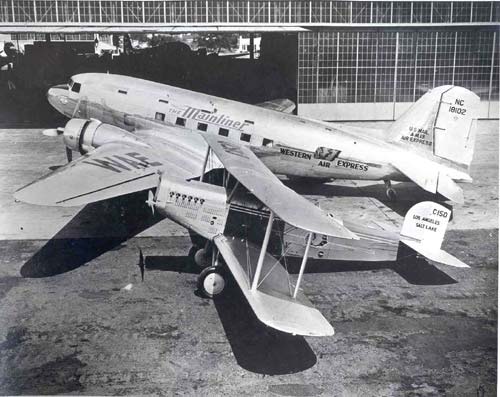 At an aviation exposition this DC-3 was posed next to a Douglas M2 biplane.

The DC-2 was successful enough to drive the Boeing 247 into retirement as company after company began to buy the Douglas aircrafts. Military orders grew as well, as the basic model design was adapted for various needs. In 1934, the Douglas Aircraft Company, Inc. had brought in $5.3 million in sales.

The success Douglas was beginning to achieve mushroomed beyond anyone's expectations with the next model, the DC-3. It was original designed as a sleeper version of the DC-2, and called the Douglas Sleeper Transport (DST). The day version of the craft was the DC-3, the airplane that finally allowed airline companies to make more profits from passengers than from airmail contracts.