When car manufacturer Henry Ford acquired control of the Stout Metal Airplane company in 1925, he also acquired their design for an aircraft with three motors. Designated the Ford 4AT trimotor, this all-metal airplane became a successful passenger airplane. 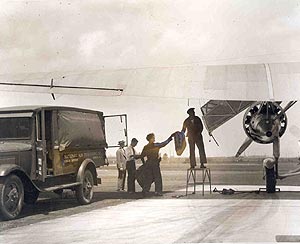 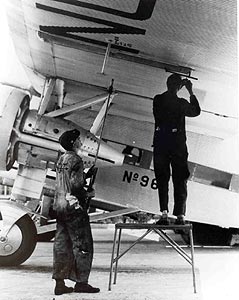 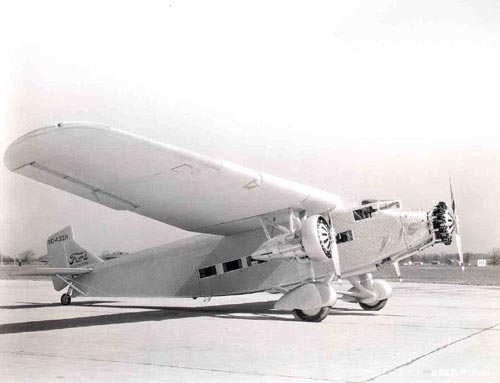 Ford manufactured trimotor on the tarmac.

Nicknamed the "tin goose," the Ford trimotor was cheered by airmail and passenger carriers alike. Automobile manufacturer Henry Ford had obtained an early airmail contract. In 1925 he won the contract to carry mail from Chicago to Detroit and Cleveland aboard airplanes his company already was using to transport spare parts for his automobile assembly plants.

Ford produced the trimotor aircraft in 1927. One of the early all-metal airplanes, the Ford trimotor was much more successful as a mail carrier than the metal Juners-Larsen JL-6 aircraft had been in 1920. The trimotor was made of a new material, duralumin, which was almost as light as aluminum but twice as strong.

Ford's trimotor was the first airplane designed primarily to carry passengers rather than mail. The aircraft had 12 passenger seats and the cabin was heigh enough for individuals to walk down without stooping. There was even room for a "stewardess," or flight attendant, the first of whom were nurses, hired by United Airlines in 1930 to serve meals and assist airsick passengers.