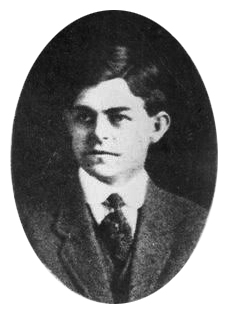 Fred Wiseman needed two days to fly his meager handful of mail from Petaluma to Santa Rosa, California in 1911. His airplane, now on display in the National Postal Museum, never exceeded 70 miles per hour or flew higher than 100 feet off the ground. He carried three letters from the mayor and other town leaders, some groceries, and copies of the local newspaper, the "Press-Democrat." While passing over a woman's farmhouse, he grabbed a newspaper out of the bundle and tossed it to her. History did not record the name of the woman who received the first quasi-official U.S. airmail.

The trip was too much for the little airplane and the engine gave up, forcing Wiseman down in a large muddy field. A skid broke in landing but both it and the engine were repaired. It was too late to fly out that night, so Wisemen directed his crew to cover the airplane with a large tarp as protection. The next morning, they removed the tarp and used it to create a "runway" for Wiseman to use in taking off.

Wiseman's craft just couldn't make the whole trip. In sight of Santa Rosa, a wire broke lose and caught in the propeller, stopping the engine. The airplane was down again. Wisemen stepped out to a growing, cheering crowd who picked up the pilot and his mail and drove them into town.