In their drive to open up a transcontinental flyway, postal officials were constantly seeking better, faster aircraft for their pilots to use. The airmail service had tested several airplanes besides the JN-4 and de Havilland 4, but no real alternative aircraft had been found. When a determination was made to reconfigure the de Havilland aircraft by adding a a second engine, postal officials believed they had found their airplane.

The first test flights of this aircraft were positive, and 15 twin de Havillands were ordered. Unfortunately for pilots and officials, the test flights did not reflect the problems the airplane would develop when used by postal aviators. 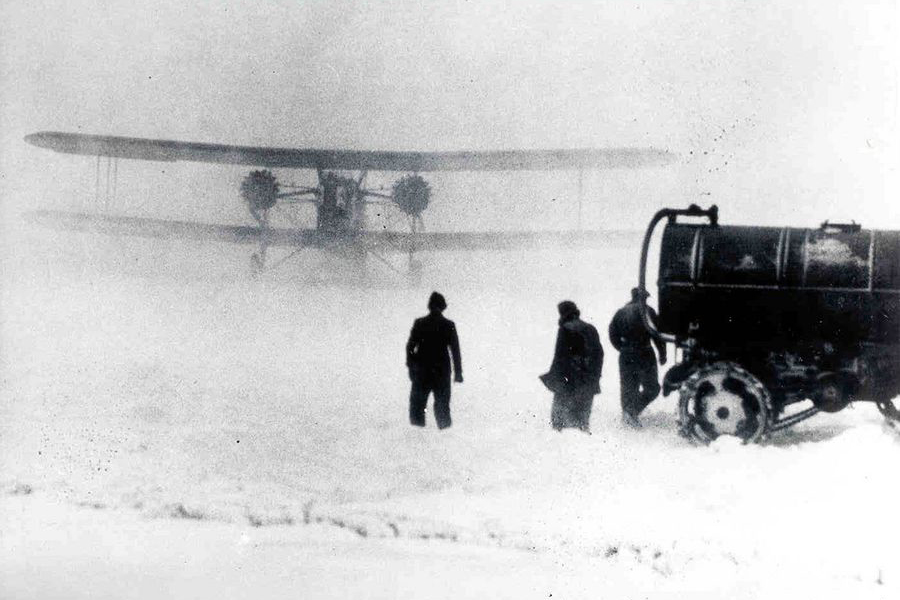 When manufacturer L.W.E. Engineering Company produced its first retrofitted twin engine de Havilland, postal officials were ecstatic about the result. The new airplane would fly faster and carry more mail than the standard de Havilland. On its first trip, the airplane carried 630 pounds of mail (as opposed to 500 pounds in a standard de Havilland), and could fly up to 15 miles per hour faster.

The first trips were the only successful ones for this airplane. Soon reports were flooding Air Mail Service headquarters of crashes and mechanical problems with the airplanes. The first airmail employee killed by a twin de Havilland airplane was Charles Nanista, a field worker who was hit on the head on August 8, 1920, by a twin DH-4 propeller at Chicago field. On February 3, 1921, Kenneth M. Stewart lost his life in the twin DH-4 when engine failure caused his craft to crash in Minnesota.

The twin de Havillands were removed from service.