When Henry G. Boonstra crashed his de Havilland aircraft, #249, into Porcupine Ridge southeast of Coalsville, Utah, the airplane was badly damaged. Boonstra had smashed into the ground at flying speed, the landing gear collapsed and de Havilland #249 slid on its belly to a stop on the ridge.

Boonstra abandoned his airplane to seek help. The mail was eventually retrieved, but the airplane was left on the almost inaccessible mountain range 9,400' high and away from civilization, considered a write-off by airmail officials.

Forty years later, an former U.S. postal mechanic named J. W. "Bill" Hackbarth decided to track the old airplane down and rebuild it in time for the 50th anniversary of the airmail service, to be celebrated on May 15, 1968. He found the airplane in three feet of grass and snow on top of Porcupine Ridge. Tens of thousands of dollars and years later, the reconstructed airplane was flown to Washington, D.C., and presented to the new Smithsonian Institution Air and Space Museum. 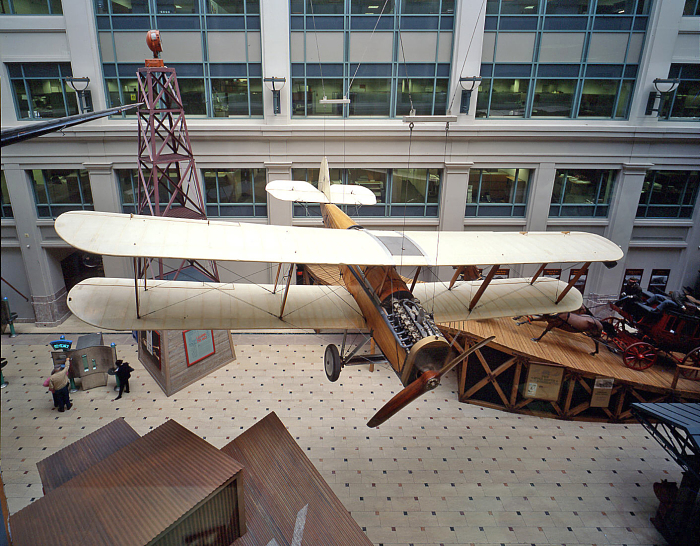 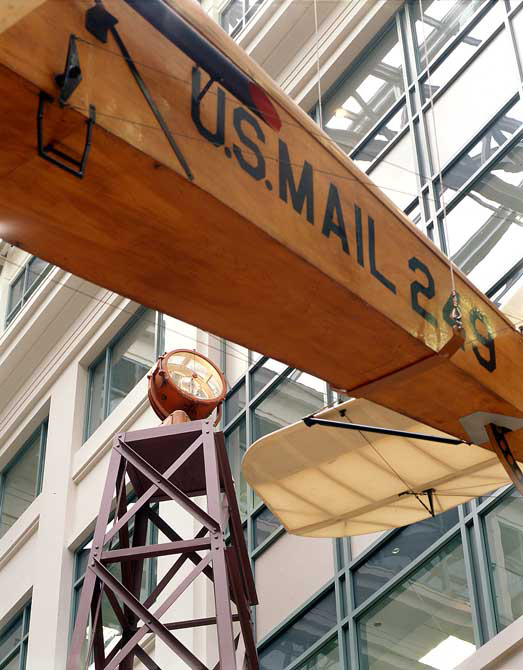 Hackbarth reconstructed the old de Havilland using as much of the original airplane as was still useable. After Hackbath had been working on the reconstruction for months, a nearby mountain fire swept down, consuming his ranch and the de Havilland. The story of the reconstruction and fire made national news, thanks to which, a new Liberty engine was located and offered to replace the one destroyed in the fire.

Hackbarth started back to work on the airplane, and with help de Havilland #249 was rebuilt. On May 9, 1968, Hackworth arrived in Washington, D.C., having begun his way across the country in the old de Havilland on April 22. The de Havilland's navigation equipment had not improved with the rebuilding, and when Hackworth landed, instead of finding Washington National Airport, he found himself at Anacastia Naval Station. Hackbarth got directions and took off for National Airport where he landed to a cheering cloud.

Today "old 249" hangs in the atrium of Washington's National Postal Museum, on loan from the National Air and Space Museum.