On July 6, 1939, the postal service placed an autogiro aircraft into use flying mail between the Central Airport at Camden, New Jersey to the roof of the Philadelphia, Pennsylvania post office. On the first day of service, 52,128 first flight covers were cancelled and carried on the flight for philatelists, many of whom paid double the 6-cent stamp price to cover postage for a round trip. The postal service made over $3,000 in revenue from the flights. The autogiros were put to use flying airmail in Chicago, New Orleans, Los Angeles and Washington, D.C. through the 1930s and into the 1940s. The autogiro service was eclipsed and ended by the advent of helicopter airmail service.

On June 2,1947, helicopters became an official part of the U.S. airmail fleet. The Civil Aeronautics Board (CAB) certified the operation of airmail helicopters in Los Angeles, California. Airmail helicopter tests had been conducted in L.A., Chicago, Boston, Philadelphia, Kansas City and New York prior to these first official flights. The company that held the contract for Los Angeles' helicopter mail service was Los Angeles Airways, Inc. According to a newspaper report from the New York Times, the company contracted to serve 30 post offices in the L.A. area for three years. 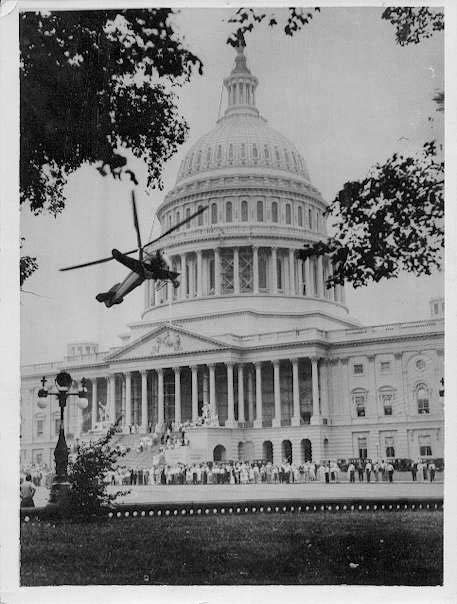 Proponents of autogiro airmail service used a number of public stunts to build interest and demand in the service. Autogiro landing on U.S. Capitol. 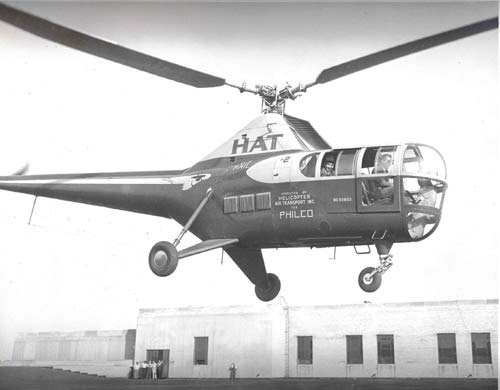 A Sikorsky manufactured helicopter landing on the roof of the Philadelphia, Pennsylvania Post Office. 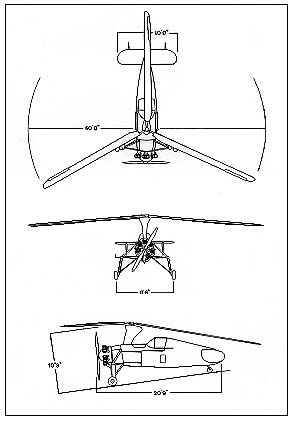 Diagram of an autogiro aircraft. 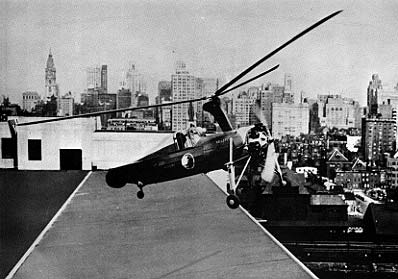 An autogiro taking off on a mail run from the roof of the Philadelphia, Pennsylvania Post Office.

The autogiro is a rotary-winged aircraft with a freely rotating main rotor. Like helicopters, autogiros were capable of taking off and landing in shorter spaces than standard aircraft. The first successful autogiro flight was made by Juan de la Cierva in Madrid, Spain on June 9, 1923. In the U.S., W. Wallace Kellett, founder and president of the Kellett Aircraft Corporation (1929), built the first autogiro used by the U.S. Postal Service. The craft carried the mail between the Camden, New Jersey airport and the roof of the Philadelphia, Pennsylvania post office. The service speeded up mail delivery considerably, moving some local mail from overnight to same day service.

A series of "rehearsal" flights were made by the autogiro between Camden and Philadelphia before the official July 6, 1939 flight. The New York Times reported on July 3, 1939 that these rehearsal flights took only six and one-half minutes, as opposed to the time needed by mail trucks covering the same 40 to 45 mile route. Pilot John Miller flew the craft through its rehearsal paces.

The aircraft used in 1946 for the L.A. helicopter tests were six Sikorsky R-5Ds. Like the original Curtiss JN-4D aircraft of 1918, these helicopters were originally U.S. Army aircraft. The helicopters were used on tests along four routes in the L.A. area, all of which led to the L.A. airport. The routes' round-trip mileage ranged from 194 to 300 miles. The craft selected for the 1947 official trips were the Sikorsky S-51 helicopters. By early 1947, additional helicopter tests were being made both in Chicago and New York areas. On January 6, 1947, the first experimental helicopter flights were made in the New York City area. Nine helicopters were used for the tests, landing and taking off from thirty-nine sites in New York, New Jersey and Connecticut. In the first day of operation of the experimental service, over 100,000 letters (mostly philatelic collector's items) were carried by helicopter service. In a display of the community excitement over the prospective service, an article in the New York Timesnoted that crowds meeting the helicopters included "many boys and girls excused from school for the occasion."

Among the aircraft used in the New York experimental flights were the Sikorsky S-51, Firestone XR-9B, and Bell Aircraft B-47 helicopters. United Air Lines was the first scheduled airline to experiment with helicopter service, using a Sikorsky aircraft to carry passengers and mail in the Chicago area. By 1953, helicopters were beginning to experiment with nightly airmail service. On April 8, 1953 a helicopter flew 700 pounds of airmail from La Guardia Airport and Bridgeport, Connecticut between 4:25 a.m. and 5:05 a.m.

‹ Balloons up Missile Mail ›
Back to Top