In one of the most unusual airmail transportation methods, the postal service and defense department cooperated in an experiment using missiles to carry mail in 1959. On June 8 of that year, a missile carrying 3,000 letters was fired from Navy submarine U.S.S. Barbero to a Naval station at Mayport, Florida, one hundred miles away. On hand for the service was Postmaster General Arthur E. Summerfield, who boasted that missiles would be able to speed mail across the U.S. and overseas. Among the pieces of mail carried was a letter from President Dwight D. Eisenhower.

While the firing was deemed a success in landing safely at its target, Summerfield's vision of mail-carrying missiles traveling day and night did not come to be. Flashy as the service might be, missiles would never carry enough mail to make their use worthwhile. Also, the defense department was less interested in delivering mail than scoring points on the accuracy and magnitude of American missile capabilities at the height of the cold war.

Rockets have also been used for carrying mail, although with more frequency abroad than in the U.S. While the Post Office Department had no official mail rocket program, unofficial mail rocket launchings made occasional headlines. One such launching even became an international incident. On July 2, 1936, members of the American Legion Post in McAllen, Texas, working with the son of one member and the local postmaster, fired a rocket loaded with mail from McAllen, aiming for the nearby Mexican side of the border. The first rocket blew up in mid-air, sending its contents raining down in pieces. The second rocket landed on a cantina in Reynosa, fortunately without hurting anyone or causing much damage. Mexican officials confiscated the second rocket and its contents. 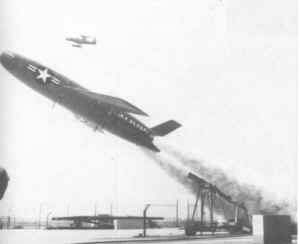 The Regulus missile is fired off of the U.S.S. Barbero. 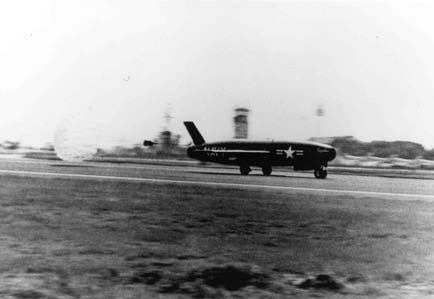 Regulas missile on landing in Florida. 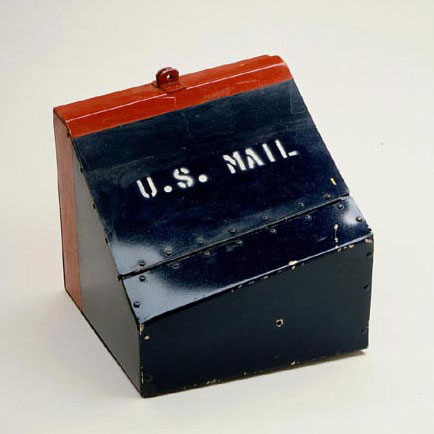 One of two containers that held U.S. mail on the Regulus missile. 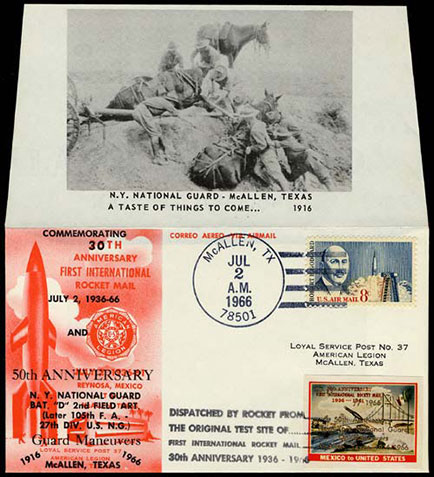 ‹ Autogiros and Helicopters up Airmail Creates an Industry ›
Back to Top