Six Curtiss JN-4H "Jennies" were the first airplanes to carry mail on a regular schedule. Built for and used by the army as training airplanes for military pilots, the airplanes were donated by the army for the May 15, 1918 airmail flights. The Jennies performed well, but postal officials knew the Jennies' tiny motors and rickety fuselages would not be up to the demands of long term daily service. The Standard Aircraft Corporation at Elizabeth, New Jersey, was asked to prepare aircraft specifically for postal use.

While officials waited for these airplanes, the Jennies were put into service along the Washington, D.C. – New York City airmail flyway. More airplanes would be needed as the service grew. Second Assistant Postmaster General Otto Praeger, in charge of the Air Mail Service for the department, worked with Postmaster General Burleson and Secretary of War Baker to obtain additional aircraft. Baker agreed to provide the Post Office Department with de Havilland aircraft (originally designed by British engineer Georffrey de Havilland), that had been produced in the U.S. for war service, but had not been completed before the war ended.

The de Havillands, built for the needs of military service, were ill suited for the needs of the Air Mail Service. Unfortunately, it would take a number of accidents in the aircraft to convince officials that they could not be used without significant modifications. 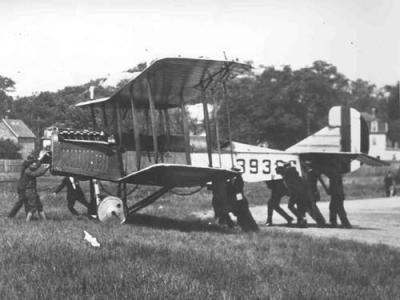 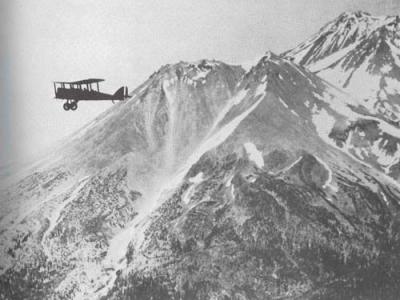 Learn more About de Havilland Workhorse of the Postal Service