Burtis J. “Bert” Dolan’s passenger ticket survived the final flight and disaster of the German zeppelin Hindenburg. Through the courtesy of the Burtis J. Dolan family archive, the ticket is now on exhibit in the Smithsonian National Postal Museum exhibition Fire & Ice: Hindenburg and Titanic. The ticket, #2398, was purchased from the Zeppelin operating company only two days before the May 3, 1937, departure from Frankfurt, Germany, and signed by Captain Ernst Lehmann, who perished after the crash landing. The ticket cost was 1,000 RM, equivalent to about $450 during the Great Depression. This is possibly the only surviving passenger ticket from that final flight.

Business colleagues from Chicago, Dolan, an executive in the perfume business, and Nelson Morris, an executive in the meatpacking industry, had crossed paths in Nice, France, during their spring 1937 business trips in Europe. Morris convinced Dolan to change his travel plans. Rather than return home by sea, why not travel on the Hindenburg, which was making its first trip of the season? A faster trip would allow Dolan to surprise his family with an early return for Mothers Day. Morris paid the additional costs over ocean liner travel for Dolan’s zeppelin ticket, and Dolan paid Morris’s Hindenburg bar tab just before the landing.

On May 6, 1937, at 7:24 p.m. local Lakehurst time, Dolan and Morris stood side by side at the Hindenburg’s starboard promenade windows (near the reading and writing room) to watch the landing crew grab the ropes and moor the great zeppelin. One minute later, a jolt shook the passenger cabin. The two friends grasped a post to stay on their feet as the Hindenburg’s bow surged upwards. Panicked, they jumped from a window, first Morris and then Dolan. Morris later recalled, “The most remarkable thing that I know in my life, I took metal rods an inch thick in my hands and I broke them. They broke like paper.” After clearing the wreckage, he turned and looked back for Dolan, but did not see him. Dolan perhaps paused to help someone at the window before running clear. In so doing, he was caught in the tangle of burning girders that surrounded him. He died in the disaster, leaving a widow, Mildred, and four children, who did not even know he had been aboard. Dolan’s body was identified by his passport and passenger ticket in his pocket, and he was still holding the rosary given to him by his wife.

The family learned of Dolan’s Hindenburg passage from Nelson Morris’s brother Edward, who shared the secret. Shocked, the family anxiously followed the news. They received the devastating confirmation from a priest who had performed last rites. Recovered, burnt items from Dolan’s body were returned to the family, including passport, ticket, and letter. Dolan had written a letter to his wife, which was in an unfranked envelope addressed to her marked “strictly personal.” In the touching and emotional letter he told his wife of his personal conflict in flying against her wishes and that should anything happen enroute, “None of us know the Lord’s will.” 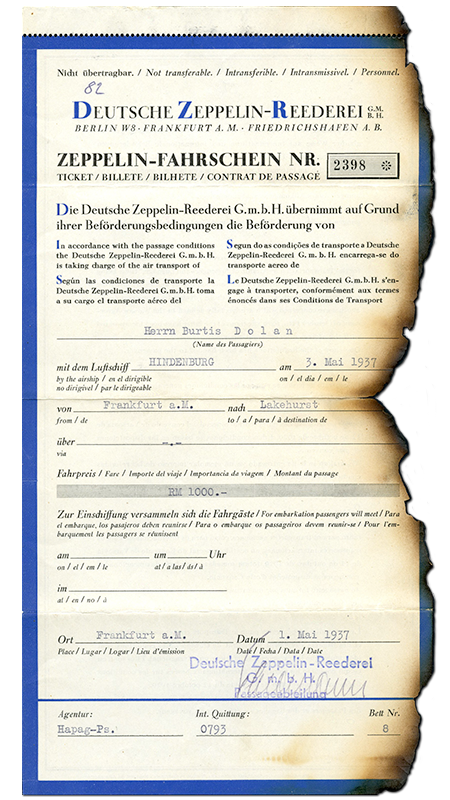 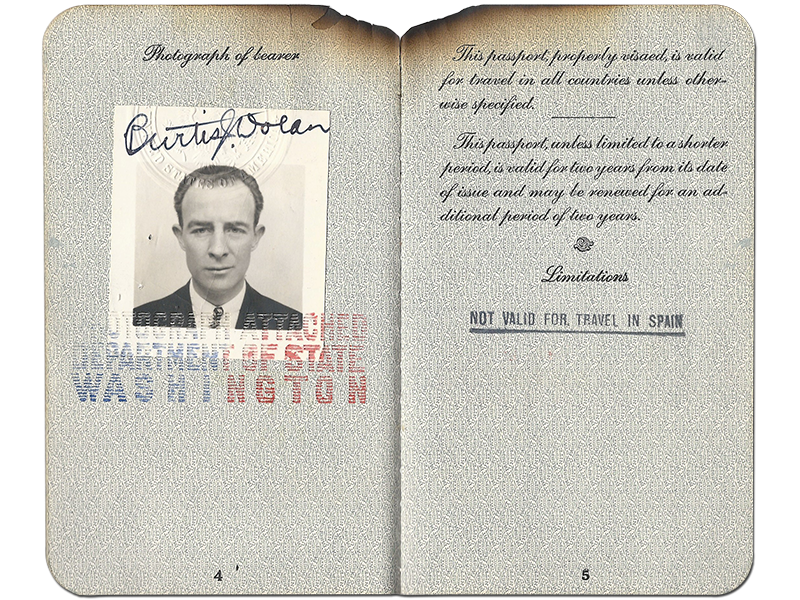 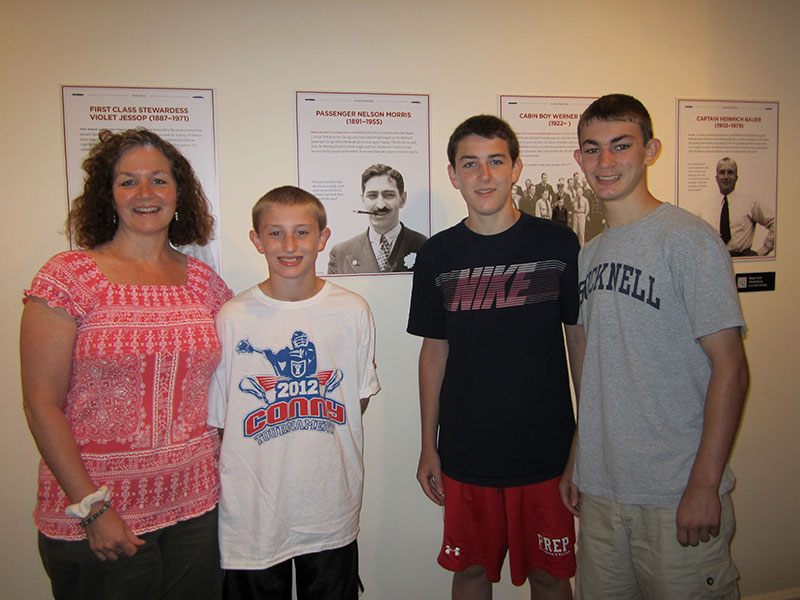 ‹ Fire & Ice Rarities up Survivors ›
Back to Top