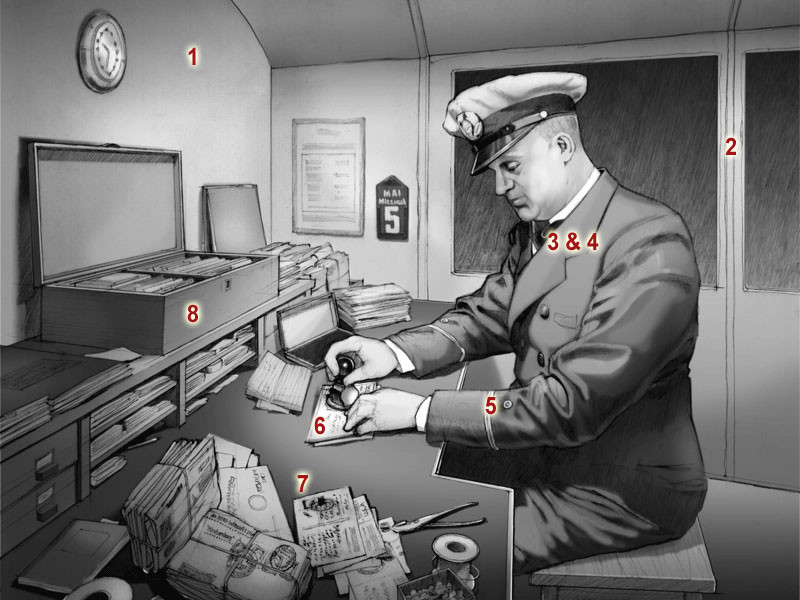 As a sub-post office of the Frankfurt post office, Hindenburg offered mail service during flight. The postmaster changed the date stamp daily to postmark mail with the special onboard marking. Because no photograph of Hindenburg’s post office room survives, curator Cheryl Ganz worked with illustrator Bruce MacPherson to create an accurate drawing of the post room space. 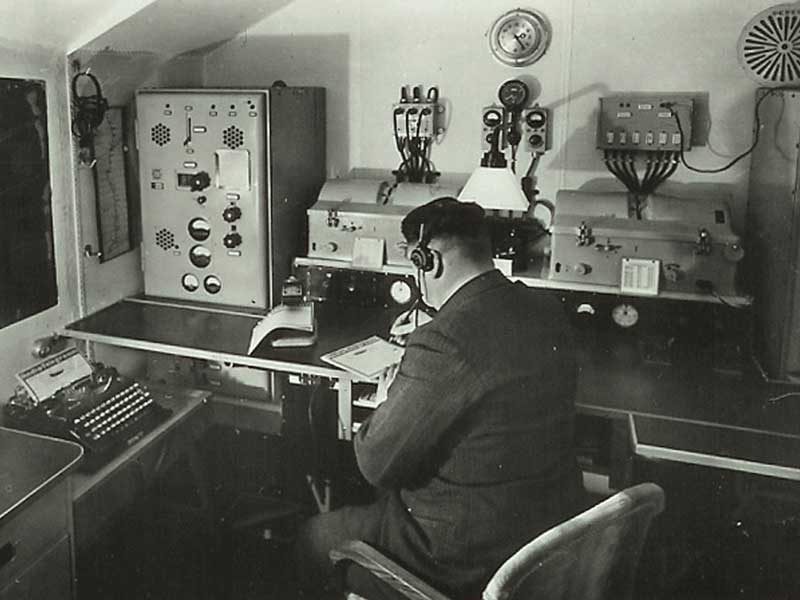 Radio officers sent and received wireless messages for the crew and passengers from the radio room, located above the gondola on the opposite side of the post room. By flipping the image, the shape of the post room could be recreated and the style of furnishings replicated. The post room had a table with trays and storage compartments, a bench, and a sliding door to the passageway that secured by padlock. 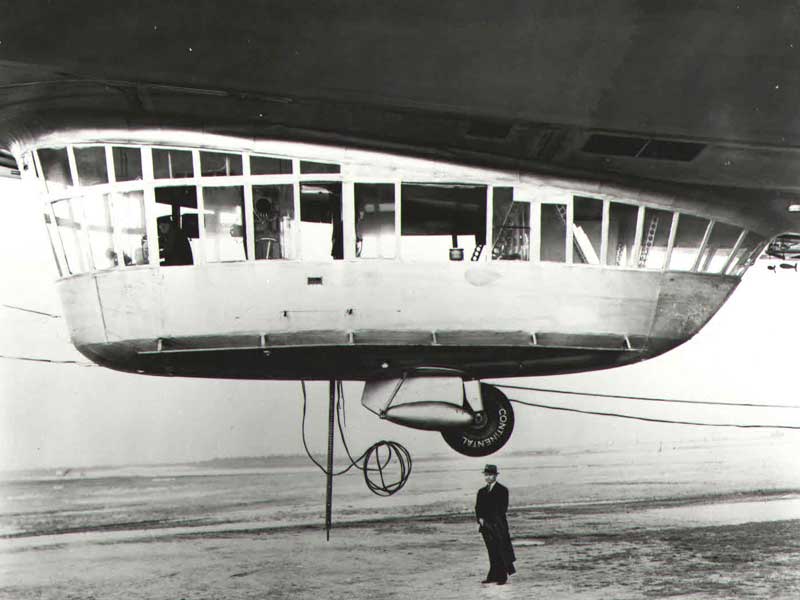 The post room, where Hindenburg’s postmaster handled the mail, was above the rear of the gondola and had two portside windows. 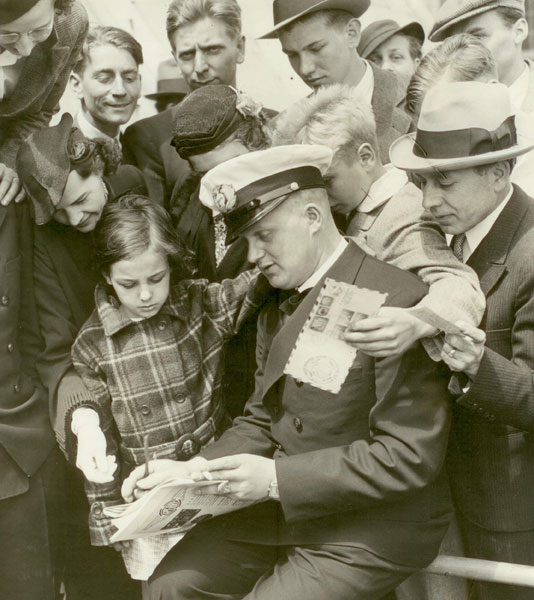 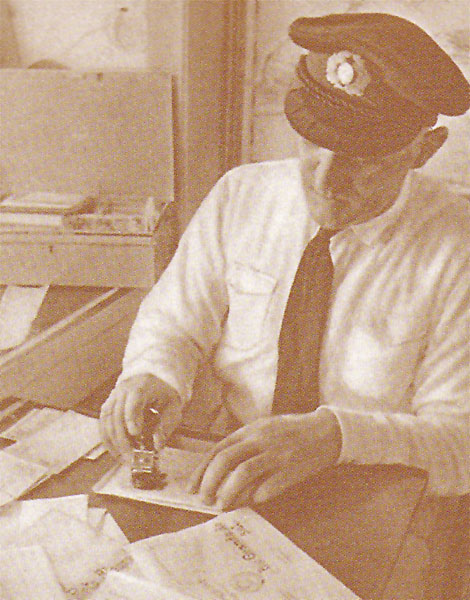 In 1936, helmsman Kurt Schönherr handled Hindenburg postal operations. This earlier photograph shows him as postmaster of the Graf Zeppelin in its post office room. 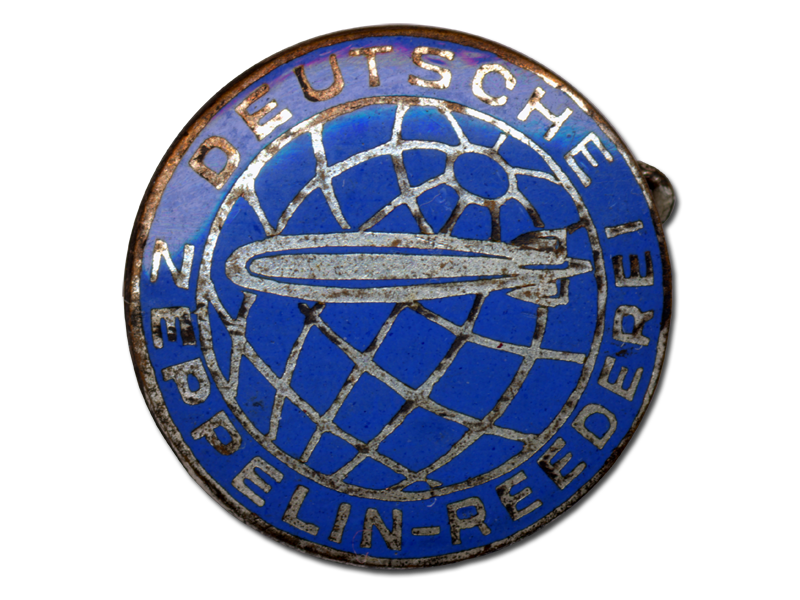 Navigator Max Zabel’s uniform bore the rank insignia for Hindenburg third officers. Worn low on the sleeve, the branch of service badge showed the globe in blue enamel with a silver airship. He wore one gold sleeve stripe (which would have been on the shoulder boards for his white jacket), and a thin gold cord interwoven with black adorned his hat. 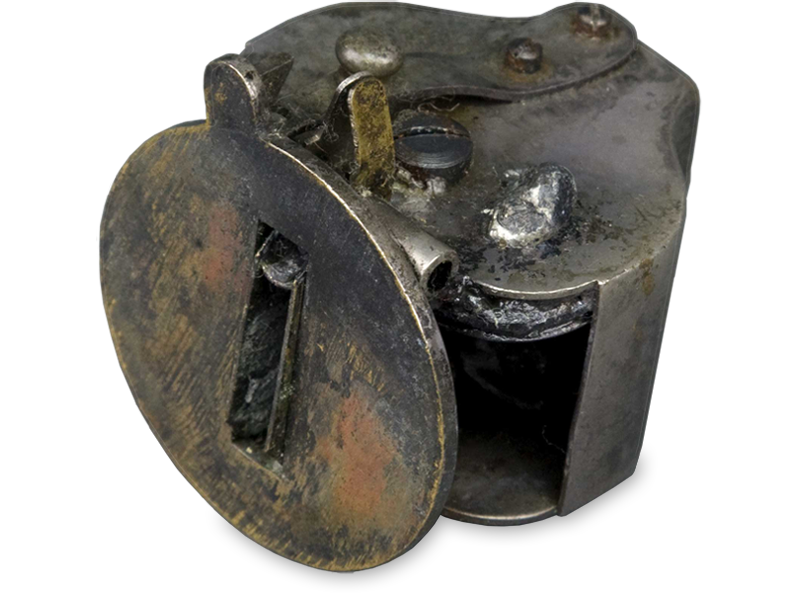 Crew member Rudolf Sauter salvaged the remains of this postmark device, one of the two onboard, from the wreckage. The red wooden handle, rubber stamp lettering, and movable date type burned or melted. 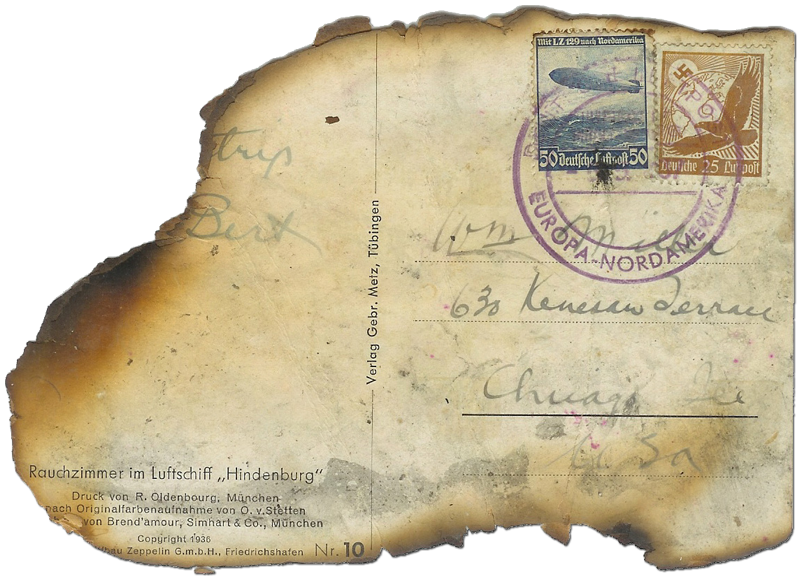 Passenger Burt Dolan sent several postcards during the flight to his family and business contacts. Several pieces of his mail survived, all with the May 5 onboard postmark. He died trying to escape the flames. 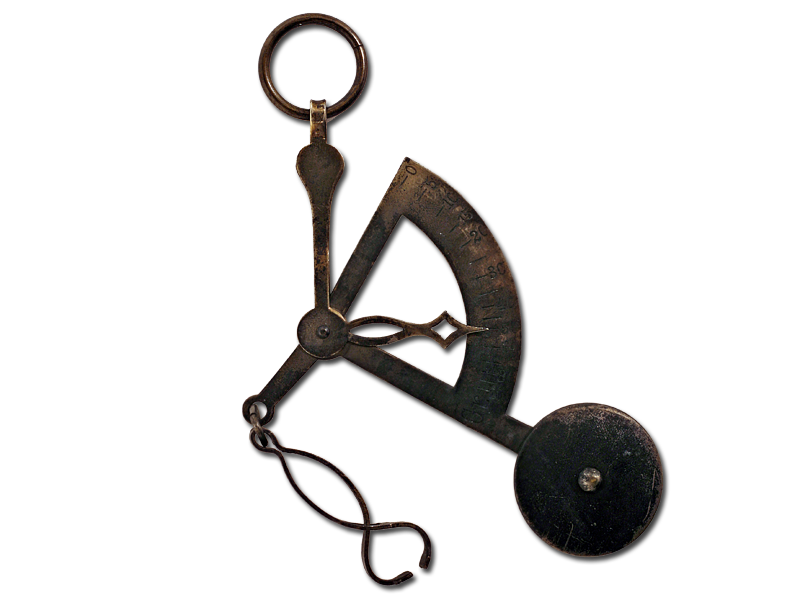 K. Hans Royter, the U.S. assistant special representative to the zeppelin company in charge of its U.S. mail operations, salvaged this onboard postal hand scale from the wreckage. The tools that the postmaster used included the date canceller, a black ink pad, a pair of lead seal pliers, a wooden box with padlock and key, supplies of bags, pouches, lead seals, airmail labels, and a postage stamp folder.

‹ Mail Ships up The Hindenburg Disaster ›
Back to Top