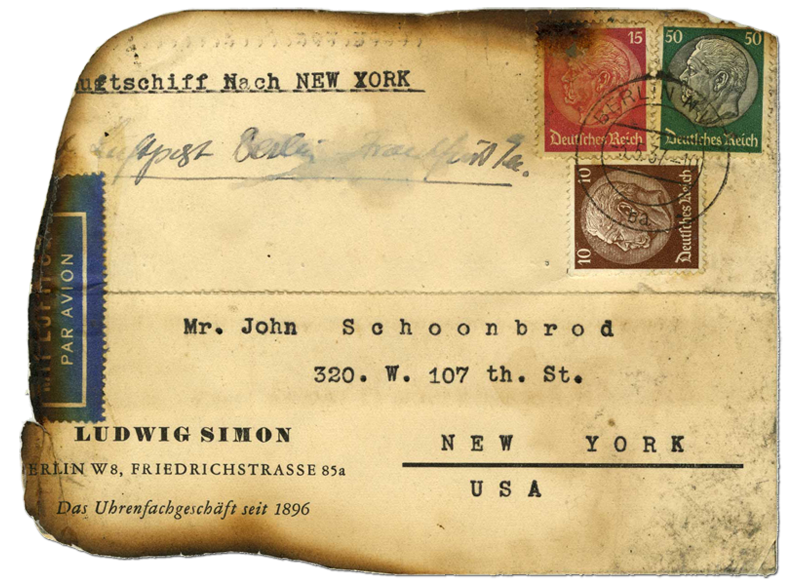 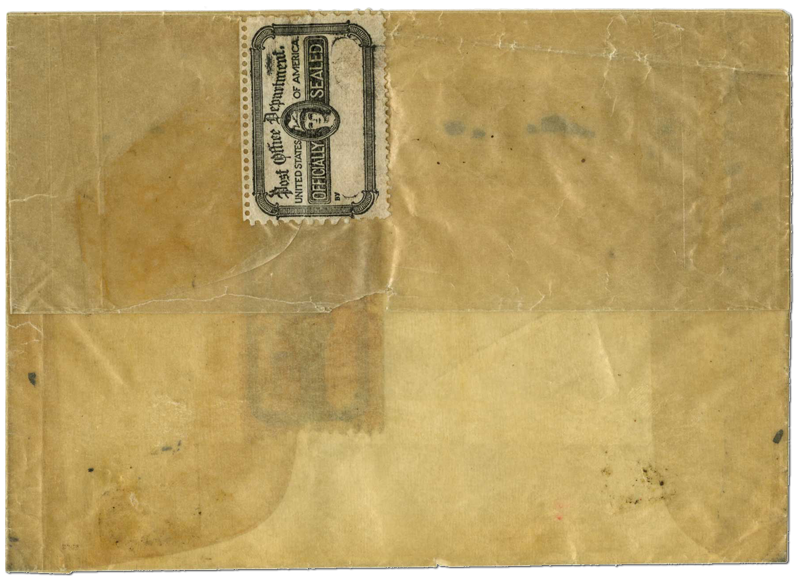 Salvaged from the wreckage, the U.S. Post Office Department enclosed the fragile, charred remains in a glassine envelope, officially sealing it before delivery to the addressee. Postal officials salvaged only about 160 burned pieces of mail out of more than 17,000 pieces that had been onboard. 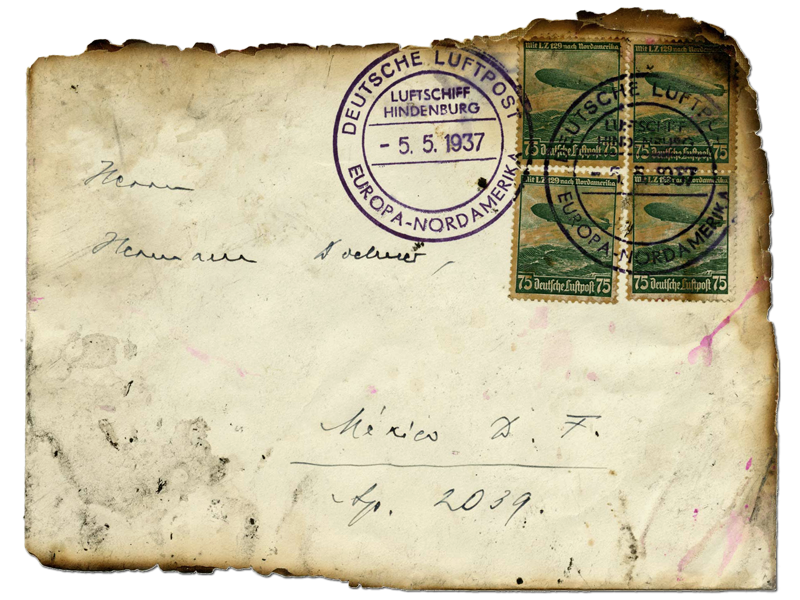 Passenger Hermann Doehner posted this envelope onboard, addressed to himself. In Germany on business, he was returning home to Mexico City with his wife and three children. He and his daughter died in the disaster. 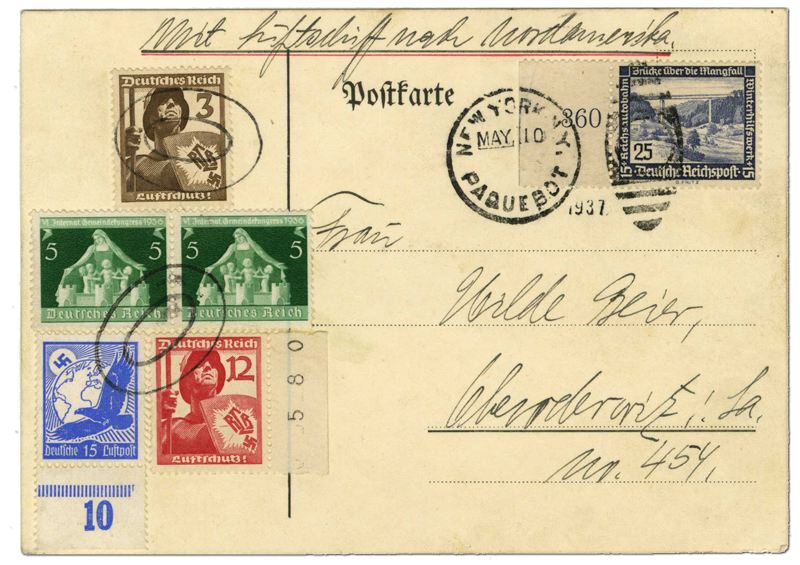 A New York paquebot mark cancelled 176 salvaged unburned pieces of mail four days after the disaster. Having been stored in a protective, sealed container while awaiting postal service on the return flight, this uncancelled mail survived intact.

Burtis J. “Bert” Dolan’s passenger ticket survived the final flight and disaster of the German zeppelin Hindenburg. Through the courtesy of the Burtis J. Dolan family archive, the ticket is now on exhibit. 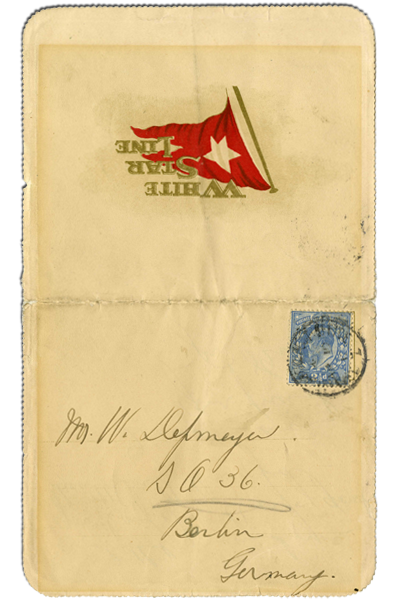 First-class passenger George E. Graham, a Canadian returning from a European buying trip for Eaton’s department store, addressed this folded letter on Titanic stationery. Destined for Berlin, the envelope was postmarked on the ship and sent ashore with the mail, probably at Cherbourg, France. The morgue ship Mackay-Bennett recovered Graham’s body. 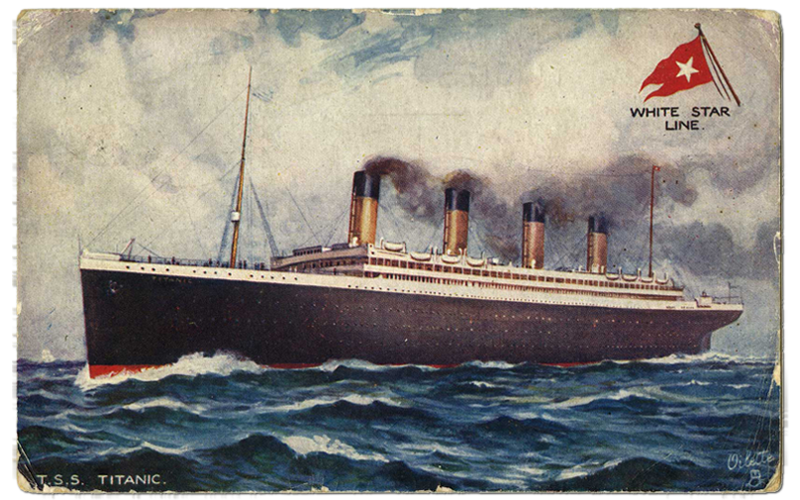 The picture side of the postcard shows a view of Olympic standing in for Titanic. The writer could have purchased it dockside or in the ship’s barber shop.
Loan from Dr. Edward and Joanne Dauer 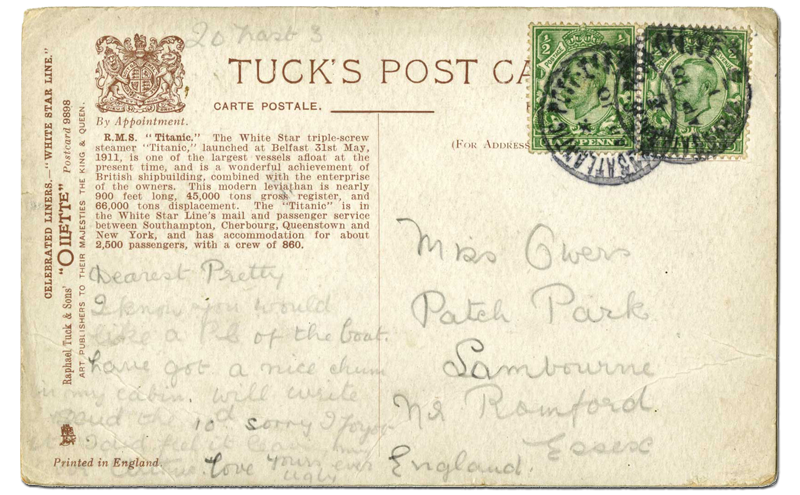 Signed “Love, Ugly” by an unknown passenger, this card addressed to “Miss Gwen” was postmarked aboard Titanic and sent ashore with the mail, probably at Queenstown, Ireland, the ship’s last port of call before heading westbound across the Atlantic. 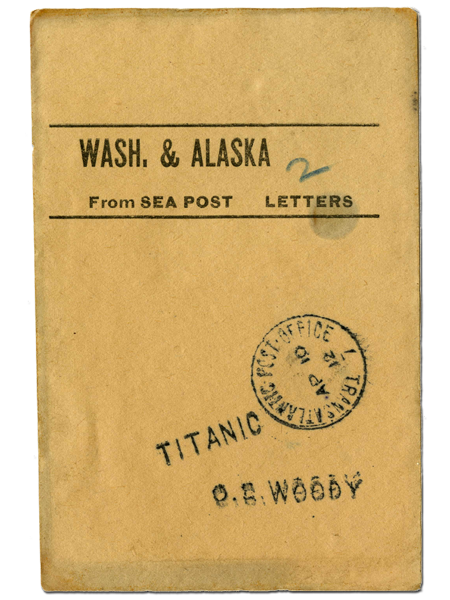 Found on Oscar Scott Woody’s body nine days after Titanic’s sinking, this facing slip bears one of the clearest surviving strikes of the ship’s onboard postmark (”Transatlantic Post Office 7“). Clerks placed facing slips on bundles of mail to indicate their destination.