HUGE BY ANY COMPARISON, Hindenburg and Titanic inspired a sense of safety with their superior technology. White Star Line did little to discourage the public’s perception of the ship as unsinkable. Titanic’s double bottom, sixteen supposedly watertight compartments, and luxurious amenities such as a heated swimming pool and electricity made it the most scientifically advanced vessel of its time. 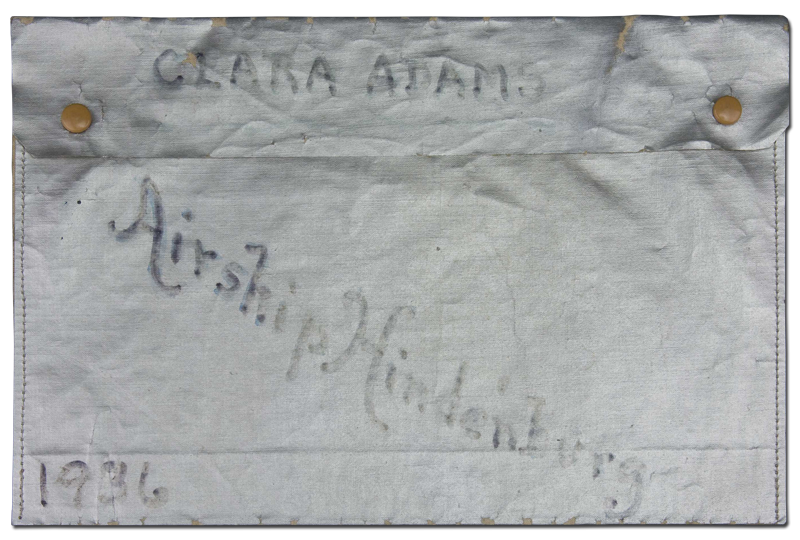 Duralumin rings and girders formed a framework to hold the gas cells. The holes in the girders reduced the ship’s weight. Hindenburg used hydrogen for lift because the U.S. government banned exportation of its helium reserves. 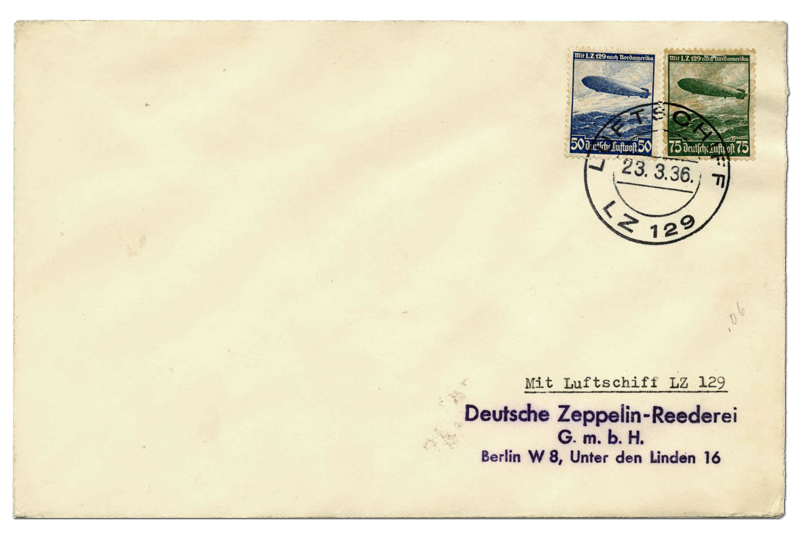 The postmark that cancelled the Hindenburg stamps identified the zeppelin as LZ-129, the 129th design of the Zeppelin Company. Deutsche Zeppelin-Reederei, the addressee, operated the zeppelin. The zeppelin was named for the late president of Germany. 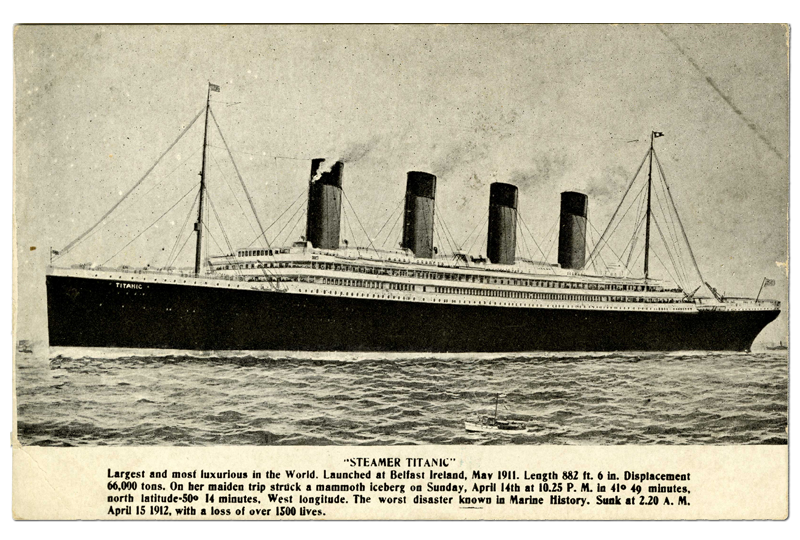 Relatively few photographs exist of Titanic. Most images purporting to be the ship, including the ones on these picture postcards, actually picture her slightly older, nearly identical sister, Olympic.
Loan from Dr. Edward and Joanne Dauer 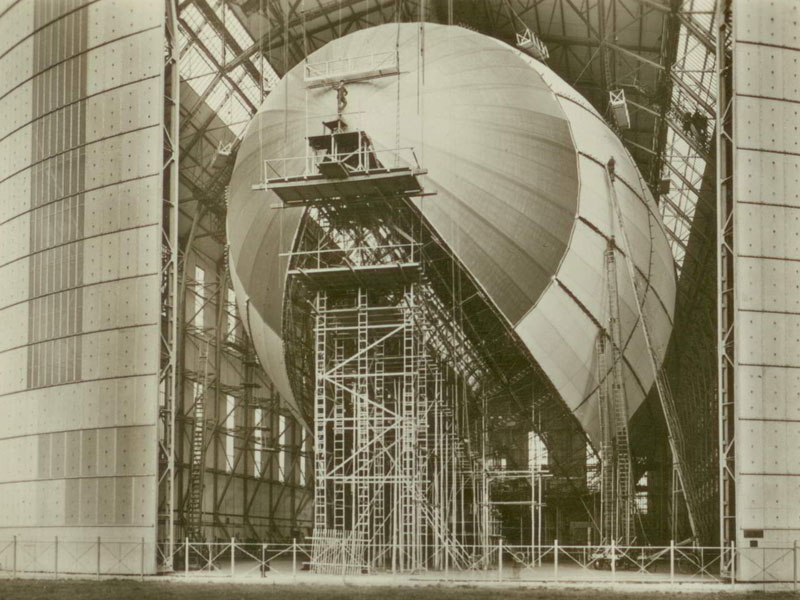 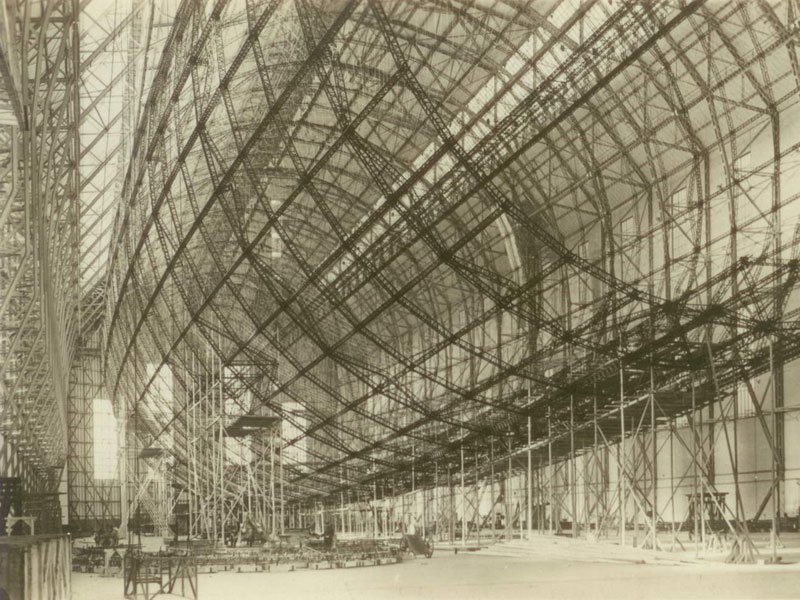 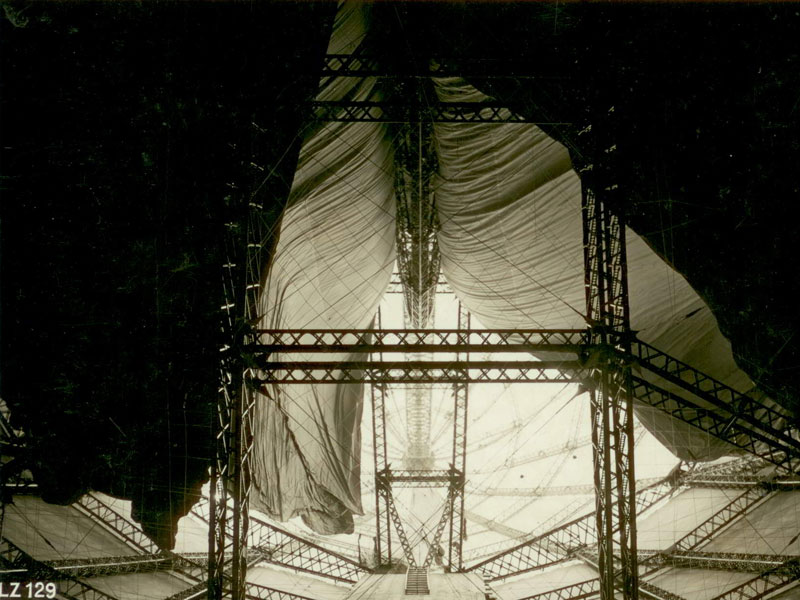 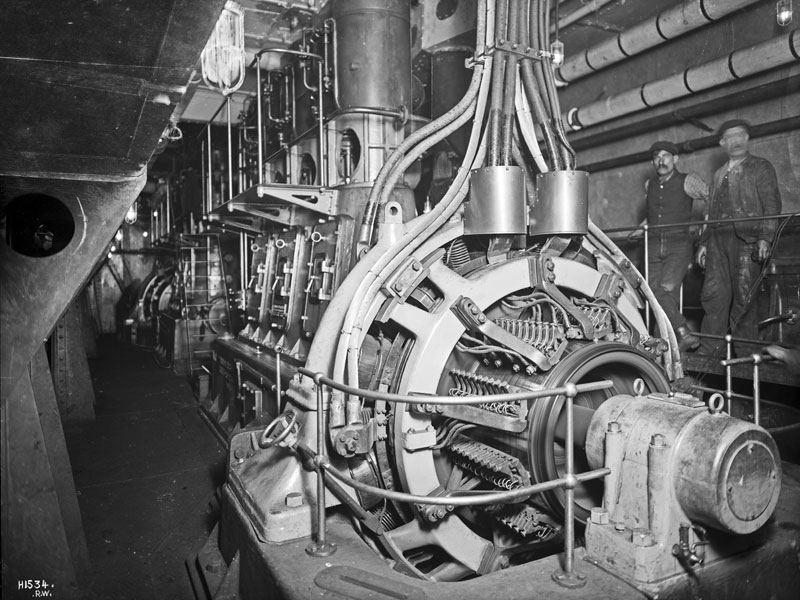 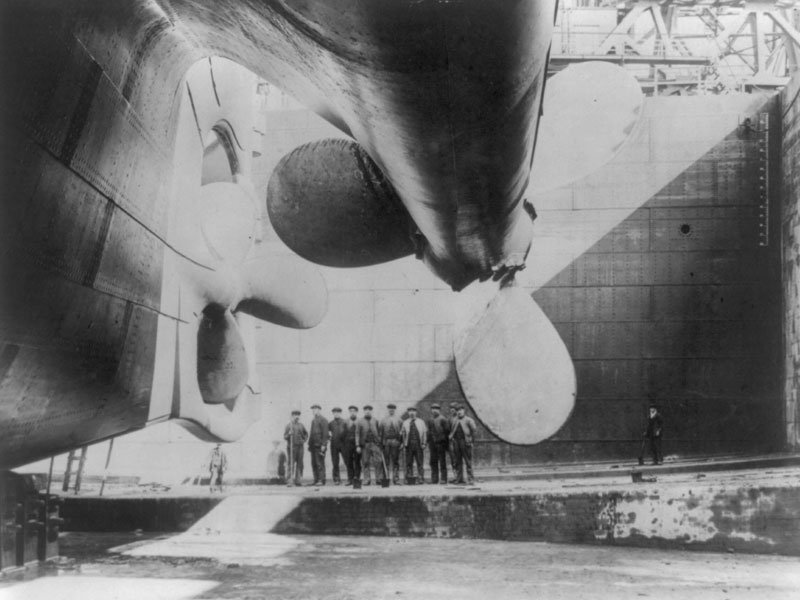 Two three-story-high engines turned Titanic’s side propellers at up to seventy-five revolutions per minute.
Courtesy Library of Congress

‹ Twentieth Century Icons up Life Onboard ›
Back to Top