The name Wiesenthal comes from the German words for meadow (Wiese) and valley (Thal or, in modern German, Tal), so a literal English translation might be Meadow Valley. Because that phrase describes so many places, Wiesenthal is a popular town name in German-speaking regions. In fact, there are even more Wiesenthals and former Wiesenthals than the ones that Simon Wiesenthal collected.

Because they are located in valleys, some Wiesenthals are near the bases of mountains. Some of these Wiesenthals were once best-known for refining metal ores. Today, they may depend more on winter sports. 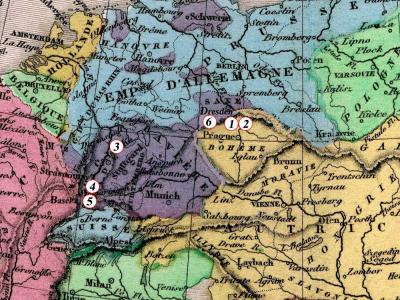 Learn more About Maps and Places