A country comprising the greater portion of eastern Europe and northern Asia. The northern and central portions of European Russia was ruled by Norse dynasties until the Mongol conquest in the 13th century. The southern areas were ruled by a succession of Central Asian peoples. After the 16th century, Muscovy (Moscow) became the center of a resurgent Russian state, which for several hundred years steadily expanded its borders. A major European power after 1700, Russian strength deteriorated in the late 19th and early 20th centuries. Mounting frustrations with the autocratic rule of the tsars and military defeats in World War I brought the fall of the monarchy in March 1917. In November, the liberal Kerensky regime was overthrown by the Bolsheviks (communists) who made peace with Germany and began expanding their power. Anti-Bolshevik forces (the "White Russians") quickly formed throughout the country. White Russian regimes were established in western and southern Russia and throughout Siberia. Bolshevik control was limited to northern and central Europe and Russia. Britain, France, Japan and the United States became involved in the civil war, but the inability of the various White Russian governments to cooperate with each other, or to meet the legitimate needs of the people, made it possible for the Bolshevik Red Army to have generally established Soviet authority by the end of 1920. During the Civil War, these warring governments, along with many municipalities, issued distinctive stamps. During 1920-23, the government consolidated its position. Although a number of border provinces (Poland, Finland, the Baltic States and Bessarabia) were lost, the newly formed Union of Soviet Socialist Republics included almost all of the territory of the old empire. Lenin's death in 1924 precipitated a power struggle within the communist leadership, with Josef Stalin ultimately emerging as the absolute ruler of the country. During the 1920s and early 1930s, Stalin exiled his opponents within the party. From the mid-1930s through 1953, he purged any suspected opposition through show trials and executions. Millions of Russians died.

Following World War I, when both Germany and Russia were ostracized by the powers, the two countries worked closely and secretly, the Russians supplying Germany with armaments forbidden by the Treaty of Versailles, while German officers trained the Red Army. Alarmed by the German threat after Hitler's rise to power, the Soviet Union at first attempted to take a strong stand against German expansionism in the 1930s. By 1938, however, Russia was convinced that the Allies would not fight, and in 1939 the Soviet-German Non-Aggression Pact was signed. A few months later, Germany invaded Poland, while the Soviets occupied southern Poland, the Baltic States and Bessarabia. In 1941, Germany attacked Russia, and the Soviet Union joined the Allies. At first successful, the Germans were pushed back after the end of 1942, and during 1944-45, Soviet forces occupied most of Eastern Europe. With the peace, the Soviets retained their 1939-40 acquisitions, and Soviet troops forced the establishment of satellite regimes in the rest of the region during 1945-48. After World War II, the Soviet Union concentrated on economic and military development. It exercised an aggressive foreign policy and focused its energies on developing a modern industrial base. After 1956, the brutal policies of Stalin were officially denounced, and under his successor, Nikita Khrushchev, the government was less harsh. Khrushchev was himself deposed in 1964, and his successors were more rigid and totalitarian. Increasingly, though, the Soviet system began to show strain. During the 1980s, an unsuccessful and unpopular intervention in Afghanistan, the inability of a Second World economy to support a First World military machine, and the great and growing gap in standards of living between Western and communist societies undermined the Soviet regime. In 1985 Mikhail Gorbachev, a younger and more liberal communist, became premier. He quickly set about liberalizing the party and the government, hoping to transform the rigid Soviet state along more liberal and flexible lines. Ironically, his goal was to create the sort of humanistic communism that had been attempted by Czechoslovakia in 1968, an experiment that had been cut short by Soviet tanks. In any case, the party soon split between reactionary elements, alarmed by the prospect of loosening government control, and a radical wing, led by Boris Yeltsin, which urged faster reform. Yeltsin's group resigned from the party in 1991 and in July of that year, Yeltsin was elected Russian president. An attempted coup by communist hard-liners in the following month was unsuccessful and discredited the party. Gorbachev resigned as general-secretary of the Communist Party and recommended that its Central Committee be disbanded. Yeltsin had led resistance to the plotters and emerged a national hero. He initiated the creation of the Commonwealth of Independent States, which effectively dissolved the Soviet Union. In 1992 he launched a program to rapidly privatize the Russian economy and pushed through a new constitution to remove the last traces of the Soviet system. With the support of the military, he overcame armed resistance by supporters of the old legislature. Russia is struggling to emerge from the effects of decades of Soviet rule. It has enormous natural resources and a highly educated populace but lacks the basic economic infrastructure and experience to move easily into a free market system. This has resulted in wrenching economic adjustments for the average Russian, while a small number of entrepreneurs, mafiosi and former Soviet officials have become quite wealthy from the dispersal of state assets. Opponents of reform range from unredeemed communists, eager to restore the old system, to reactionary right-wing parties, whose politics would be at home in pre-revolutionary tsarist Russia. While the government, directed by a sometimes ineffective and unpopular Yeltsin, remains committed to maintaining democracy and creating a free-market economy, the political situation in Russia remains unstable. 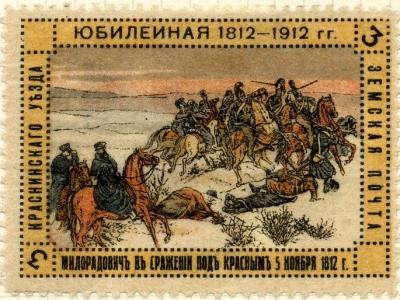 An area in northern Asia between Mongolia and Siberia. Long disputed between Russia and China, the district was established in 1926 as an independent republic under Soviet protection. During the 1930's, Tannu Tuva issued several sets of large pictorials, primarily for the collector market. In 1944, it was absorbed into the Soviet Union and was designated an Autonomous Republic in 1961. Since the breakup of the Soviet Union, Tuva, renamed Tyva in 1993, has become autonomous in fact, as well as name. In 1993 a new constitution was adopted, establishing a governing parliament, maintaining the primacy of Tyvan laws enacted by the parliament, and asserting the nation's right to conduct an independent foreign policy. A number of stamps have appeared on the market in recent years, purportedly issued by Tyva, but these are bogus. Tyva hasn't yet begun issuing its own stamps again.

A former Soviet administrative district in the Caucasus, comprising Armenia, Azerbaijan and Georgia. In 1917, a short-lived independent Transcaucasian Republic was proclaimed, but this state soon fell to invading German, Turkish and British forces. After considerable turmoil, the area was occupied by Soviet forces in 1922. In that year, the Transcaucasian Soviet Federated Socialist Republic was proclaimed. In the following year, it joined the Soviet Union. In 1936, this unit was dissolved, and its three component states were separated.

A Soviet district east of Finland. During 1921-22, an autonomous government briefly issued stamps until its suppression by the Soviets. During 1941-43, the area was occupied by Finland, at which time overprinted Finnish issues and one semipostal were used. A number of overprinted Soviet stamps appeared on the market in the early 1990s, supposedly local overprints for Karelia. They are private productions.

In November 1918, anti-Bolshevik forces in Siberia formed a moderate socialist government under Adm. Kolchak. The armies of this regime soon occupied most of Siberia and invaded European Russia. At one point, they threatened Moscow, but they were eventually routed by the Red Army in late 1919. The Red counteroffensive overthrew Kolchak in January 1920, and the Siberian state rapidly disintegrated. Ten Russian stamps were surcharged and used in the territory under the regime's control.

A district in Russia, lying between the Neva River and Finland. In 1920, the area revolted, established a provisional government and sought union with Finland. Soviet troops quickly suppressed the revolt, but not before the rebels were able to issue two seven-value sets of stamps.

The Far Eastern Republic, comprising eastern Siberia from Lake Baikal to the Pacific Ocean, was formed on April 6, 1920, to act as a buffer between the Soviet Union and Japan. The state was immediately beset by intrigues between pro- and anti-Bolshevik factions, with the former finally gaining the upper hand. Japanese forces were forced to withdraw from Vladivostock in November 1922, and soon thereafter the Far Eastern Republic joined the Soviet Union.

Reverse of the above stamp authorizes the use of the stamp as currency. Printing translates to read: Having circulation on par with silver subsidiary coin.