In the heart of the Italian peninsula, nestled within the city of Rome, lies the world's smallest nation. Vatican City, less than one half the size of the National Mall in Washington, DC, became politically independent from Italy under the Lateran Pacts of February 11, 1929. Two days later, the Vatican post office began operating with donated supplies and equipment. It issued its first stamps on August 1, 1929. Today, the Vatican enjoys a reputation for producing handsome and attractive stamp issues in limited quantities (even today, the average production run for most issues is only between 300,000 and 500,000 stamps).

These postage stamps, however beautiful and few in number, are not merely 'pretty pictures' designed to raise revenue. According to the Universal Postal Union, the Vatican post office is "one of the best postal systems in the world." A recent New York Times article stated that "more letters are sent each year, per inhabitant, from the Vatican's 00120 postal code than from anywhere else in the world."

There are four post offices open to the public in Vatican City, the largest being just inside St. Anne's Gate. Stamps of Italy may not be used on Vatican mail, nor vice versa. Nearly all modern Vatican mail is carried by air, and Poste Vaticane negotiates its own contracts with the airlines. Letters and packages originating in Vatican City do not generally enter the Italian mailstream at all (unless, of course, they are addressed to Italy).

The Vatican Philatelic Society, based in the United States, is the only organization in the world devoted exclusively to the collection and study of the stamps, covers, and postal history of the Vatican City State. The Society cooperated with the National Postal Museum in putting these Vatican stamps online by allowing the NPM to republish information from the fifty-year run of their journal, Vatican Notes. Learn more about the Vatican Philatelic Society by visiting www.vaticanstamps.org. 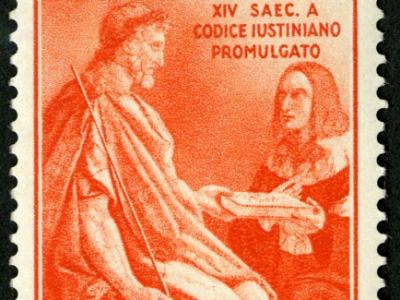 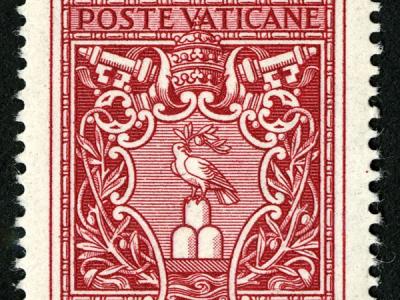 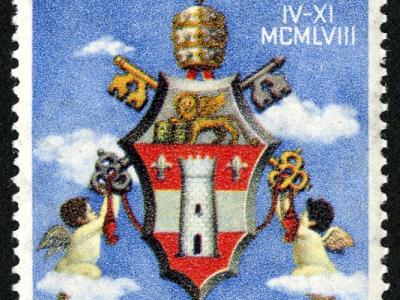 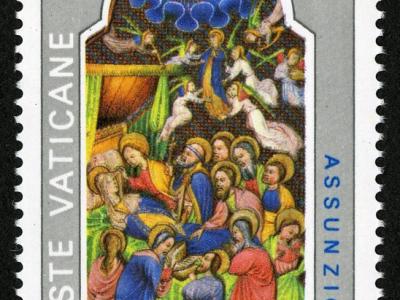 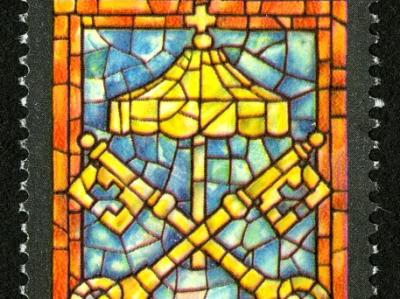 Learn more About Pontificate of John Paul I (1978) 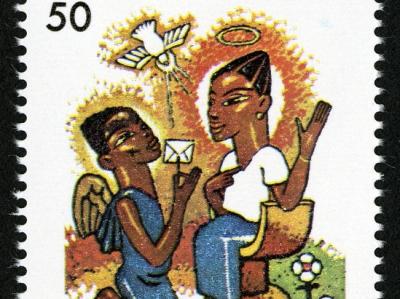 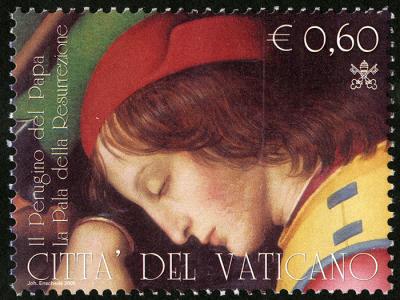 The greater part of central Italy, over which the pope acted as temporal and religious ruler. During 1859-61, most of the area joined Sardinia. The districts around Rome remained under papal control, which was maintained by French troops. In 1870, the French withdrew, and Italy absorbed the remaining papal territory, except for the enclave of Vatican City.