The American flag, established during the country’s struggle for independence from Great Britain, represents American independence and unity. The flag has flown through conflicts, during American-led explorations and in times of peace. The final section of this virtual exhibition showcases historical moments where the flag played a prominent role or where the postage stamp commemorating a specific event incorporates the flag prominently in its design.

As President Woodrow Wilson once stated,

“This flag, which we honor and under which we serve, is the emblem of our unity, our power, our thought and purpose as a nation. It has no character than that which we give it from generation to generation. The choices are ours. It floats in majestic silence above the hosts that execute those choices, whether in peace or in war. And yet, though silent, it speaks to us-speaks to us of the past, or the men and women who went before us, and the records they wrote upon it.” 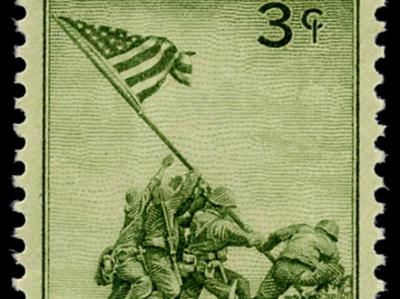 Learn more About The Flag Atop Mt. Suribachi, Iwo Jima 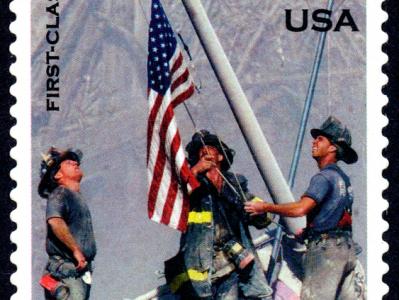 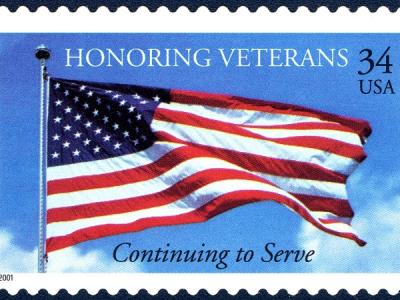 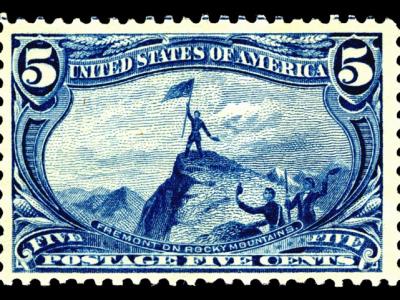 The Flag and Exploration

Learn more About The Flag and Exploration 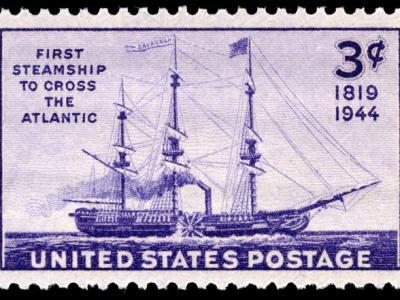 Crossing the Atlantic by Steamship

Learn more About Crossing the Atlantic by Steamship 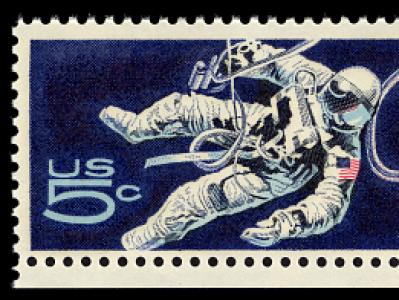 The Flag Goes on a Space Walk

Learn more About The Flag Goes on a Space Walk 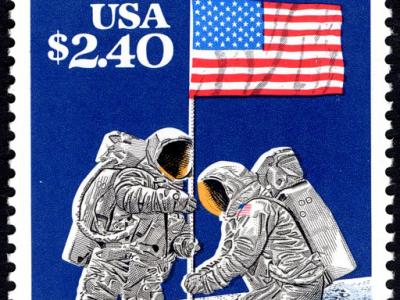 One Small Step for Man

Learn more About One Small Step for Man

‹ Formalizing a National Flag Day up The Flag Atop Mt. Suribachi, Iwo Jima ›
Back to Top