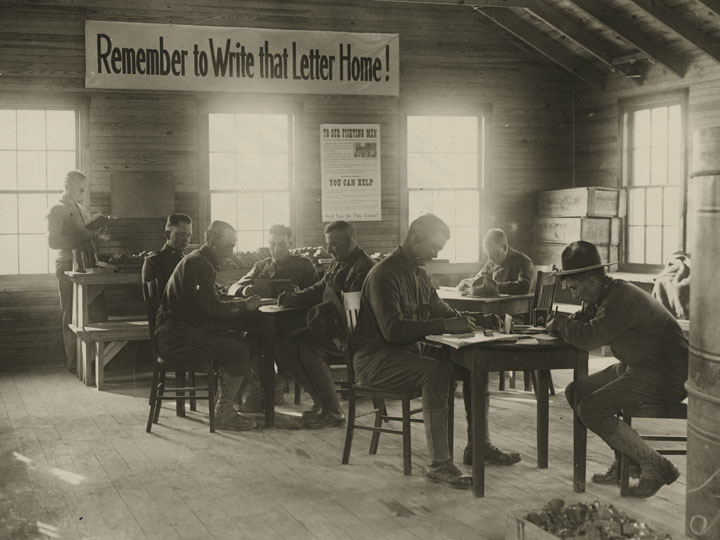 U.S. military personnel mailed over 15 million letters home in a single year during the World War I.

During World War I, the postal system experienced unprecedented growth. Between July 1, 1917 and June 30, 1918 the Post Office Department dispatched 35 million letters to the American Expeditionary Forces.

“During the time yellow fever was at its height no mail was received or dispatched . . . Soldiers’ mail for the States kept accumulating.”
—Louis Kempner, U.S. Postal Agent in Cuba, 1898 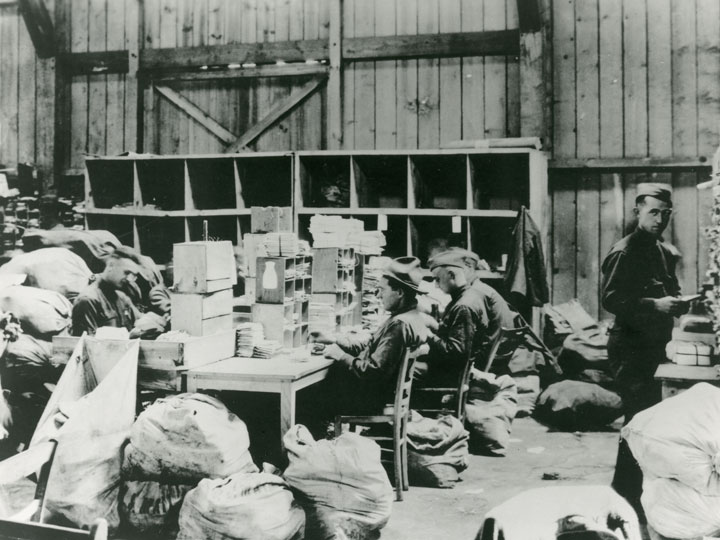 Military men and women stationed abroad sometimes found it difficult to obtain the materials they needed for correspondence. A National Guardsman in the Philippines wove this grass envelope himself so that he could send a letter home to Oregon during the Spanish-American War.

The State Department issued this special passport asking foreign governments to treat postal agent Charles Leary as a representative of the U.S. government on official business. Initially, Leary and other Post Office Department employees staffed the Army Post Offices in France during World War I. The postal system was faced with rapid expansion at the same time it was struggling to find and train enough workers to replace those who left for military service.

In May 1918, the War Department assumed responsibility for overseas post offices. Military personnel replaced Post Office Department employees who had been sent to operate the field stations. The Military Postal Express Service (MPES) was the first all-military mail service in American history. This handstamp was used by the MPES at APO 753 in Limoges, Haute-Vienne, France. 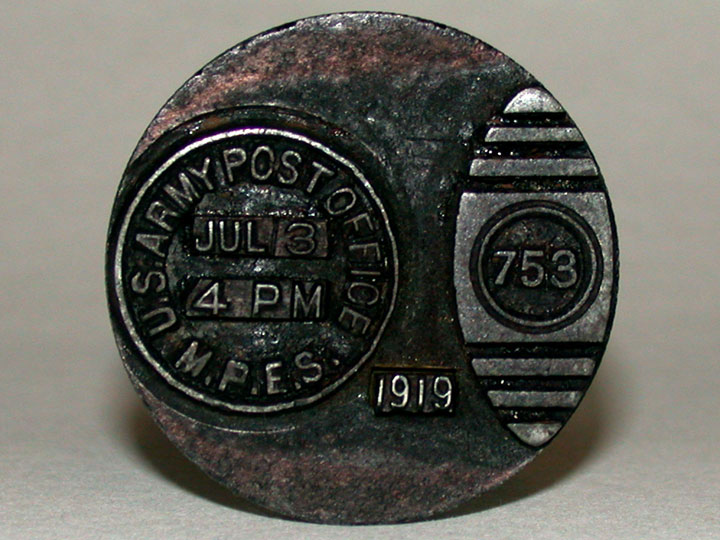 Why Did Doughboys Send Postcards?

Postcards were one of the popular ways military personnel communicated with family and friends during World War I. Cards were widely distributed for free by nonprofit organizations. Other postcards were readily available with scenes of life at training camps in the U.S. or printed in Europe with patriotic themes, exotic sights, or scenes of the war’s destruction.

Today, these postcards provide a glimpse of the attitudes and experiences of members of the armed forces. This doughboy writing on November 18, 1918 used this card to gripe about the weather, even though the war had just ended. 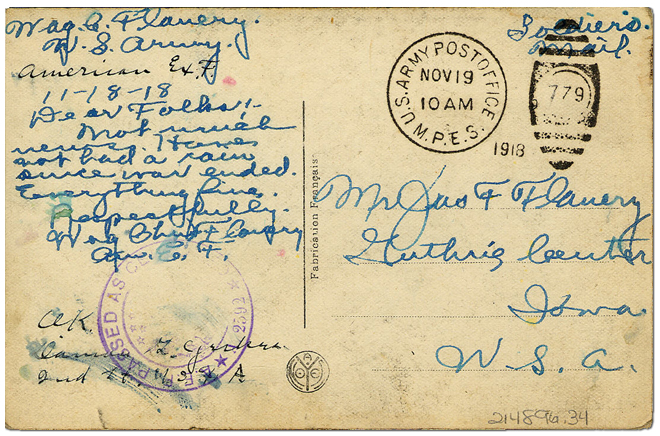