Organization and techniques for processing, transporting, and delivering mail have changed over the centuries. One constant remains—military mail is high priority because it provides members of the armed forces with a vital link to their communities.

The military mail service has required the coordinated efforts of the post office and the armed forces. The current system has been, for the most part, in place since World War II. The Postal Service is responsible for moving the mail within the United States while the Department of Defense manages transportation abroad and the operation of overseas military post offices.

“Your function is to see that your shipmates receive all the benefits of the Postal Service. In performing this function you will contribute greatly to the morale of your ship.”
—U.S. Bureau of Naval Personnel, Postal Clerk 3 & 2 Manual, 1963

Daily life does not stop just because a member of the armed forces is overseas. The mail system allows them to communicate, pay taxes, and vote. A member of the 547th Night Fighter Squadron used this form to request a ballot from his home state of Alabama for the 1944 election. The postal system enables military personnel to exercise their rights as American citizens, even while stationed abroad.

Throughout its history, the post office has sought to provide the fastest service possible. Advances in technology have accelerated mail delivery, but rapid communication was possible even in 1862. Rachel Walters responded to this letter just one week after it was mailed by her husband David, then serving as a cavalryman in the Union Army.

“This is the fourth letter I have written you and I have received four from you and I would be glad to receive one every day or two if I could for I am always glad to hear from you.”
—Rachel J. Walters to her husband, October 7, 1862

What Are Some of the Key Points in America’s Military Mail History? 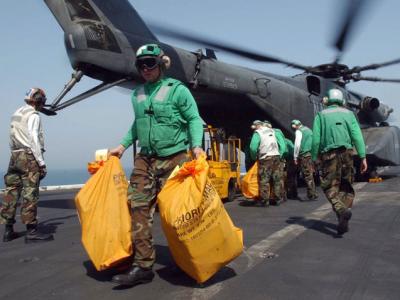 Learn more About Moving the Mail 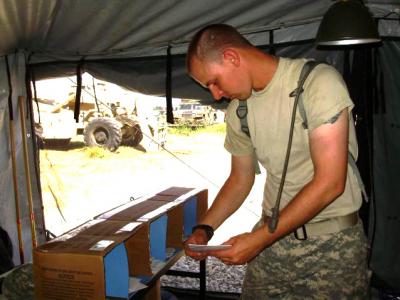 Military Mail
‹ Mail Call up Moving the Mail ›
Back to Top