The export of Mexican nationalism via airmail peaked with stamps portraying the 1968 Olympics, the first Olympic Games held in Latin America. In addition to other stamps and souvenir sheets, Mexico issued airmail stamps celebrating the competitions. Artist Lance Wyman of the United States designed the issues.

Under the direction of architect Pedro Ramirez Vázquez, Chair of the Organizing Committee, an interdisciplinary and multicultural team formulated an Olympic design program. Wyman joined the team as director for graphic design after winning an international competition. Melding elements from ancient Mayan hieroglyphics with 1960s op-art and kinetics, the team created motifs that expressed Mexico’s pride as host of the games while promoting the games at home and internationally. They used the bold, fiesta colors associated with Mexican folk culture as a backdrop for the official logo and the many streamlined images and text that appeared on stamps, posters, souvenirs, and official printed material. 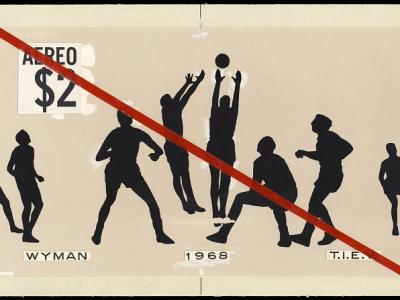 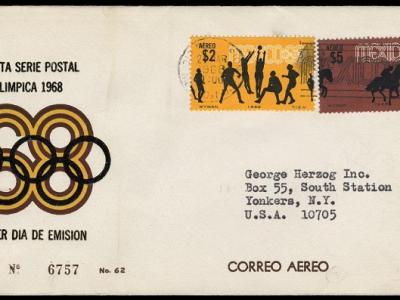 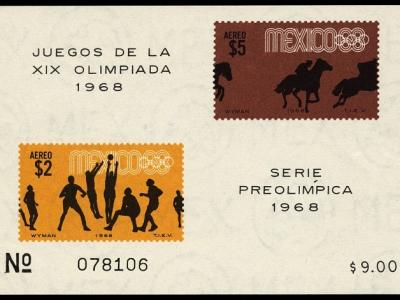 Sports and Recreation
‹ Fine Arts up Original Art ›
Back to Top