African-American officers and community leaders received messages in June 1918 from soldiers at Camp A. A. Humphreys, Virginia. The letters included accounts of physical abuse against African-American soldiers by white officers. Mistreatment by white officers and substandard living conditions were ongoing problems for the segregated African-American service members. The soldiers who wrote these letters felt unable to report the problems to superiors at Camp Humphreys and sought assistance through unofficial channels. 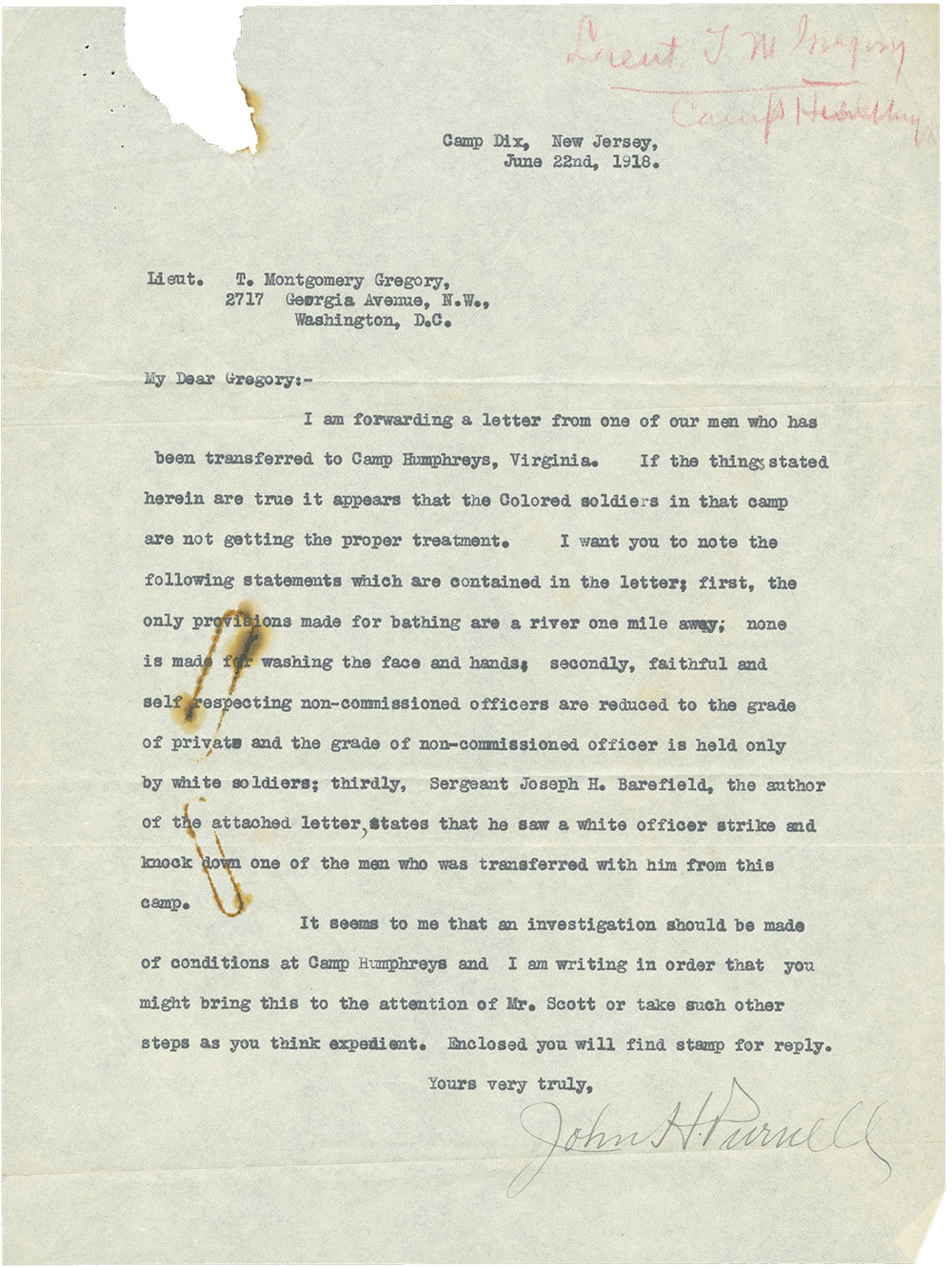 I am forwarding a letter from one of our men who has been transferred to Camp Humphreys, Virginia. If the things stated herein are true it appears the Colored soldiers in that camp are not getting the proper treatment. I want you to note the following statements which are contained in the letter; first, the only provisions made for bathing are a river one mile away; none is made for washing the face and hands; secondly, faithful and self-respecting non-commissioned officers are reduced to the grade of private and the grade of non-commissioned officer is held only by white soldiers; thirdly, Sergeant Joseph H. Barefield, the author of the attached letter, states that he saw a white officer strike and knock down one of the men who was transferred with him from this camp.

It seems to me that an investigation should be made of conditions at Camp Humphreys and I am writing in order that you might bring this to the attention of Mr. Scott or take such other steps as you think expedient. Enclosed you will find stamp for reply.