Walking on the Moon

On July 20, 1969, astronauts Neil Armstrong and Buzz Aldrin climbed into the Lunar Module. Following separation from the Apollo 11 Command Module, with astronaut Michael Collins still aboard, the Lunar Module descended towards the Moon’s surface. The plan changed quickly when it became clear that they were coming down a few miles away from their planned landing site. With the planned fuel allotment for this part of the mission running out, Armstrong, with Aldrin’s assistance, manually landed the Lunar Module at a new site, Tranquility Base.

Six hours after successfully landing, Armstrong and Aldrin opened the Lunar Module’s hatch and climbed down to the surface of the Moon. Armstrong’s famous words as he made the first steps on the surface, “That’s one small step for man, one giant leap for mankind” have indelibly marked this incredible achievement in human history. 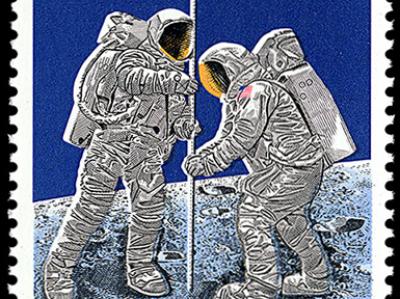 We Came in Peace for All Mankind

Learn more About We Came in Peace for All Mankind 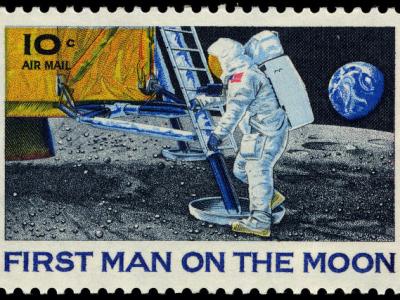 Learn more About First Man on the Moon Postage Stamp 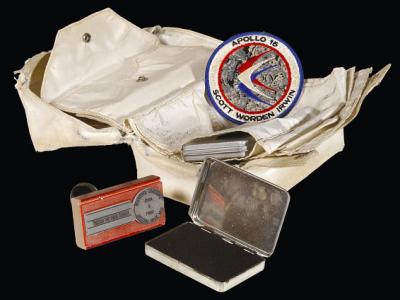 Canceling Stamps on the Moon

Learn more About Canceling Stamps on the Moon

Astronaut Edwin “Buzz” Aldrin Celebrates His 80th Birthday Today!
‹ The Lead Up to a Lunar Landing up We Came in Peace for All Mankind ›
Back to Top