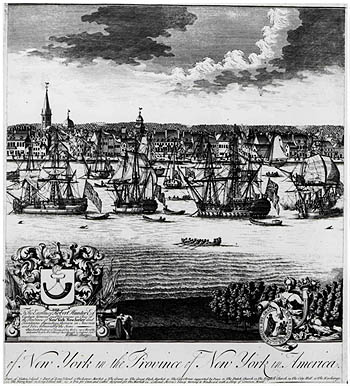 New York was the most loyal of all the colonies. According to contemporary accounts, in 1776 half the New York State population was Tory. These demographics, coupled with its geographic position, made New York City an ideal British stronghold. The city served as refuge, port and supply center for the British army as well as loyalists fleeing other areas. It proved an ideal location from which to cut off the New England region from the Mid-Atlantic colonies.