Ebenezer Perkins to his Sister, 1778

During the Revolutionary War, the Continental Congress extended the franking privilege to all members of the military, provided that an officer in charge franked the letters. Military officers used quill pens and stone inkwells for writing letters. Enlisted soldiers salvaged lead musket shot, warmed them over a fire, and shaped them into crude pencils.

Ebenezer Perkins (1757-1831) was a captain in the Continental Army in Colonel Prentice’s regiment. Perkins was one of many soldiers and officers who took an oath of allegiance to the cause of American independence at Valley Forge in the spring of 1778. In this letter he sends greetings to his sister, Elizabeth, and expresses hope that the war will end by the close of the year.

Letter from Ebenezer Perkins to his Sister, 1778 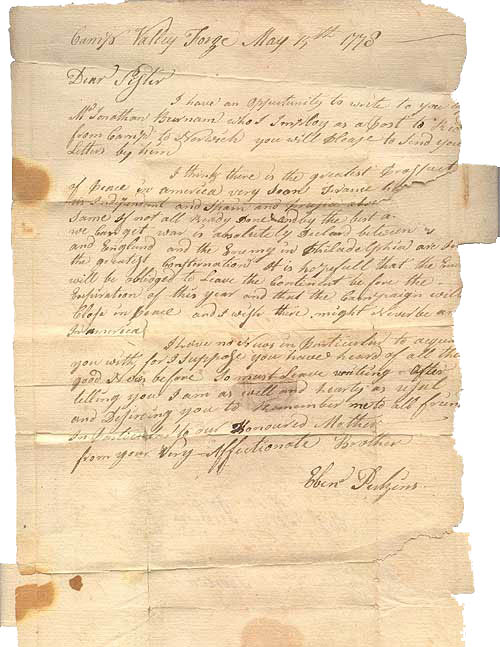 ‹ Fishkill, New York, 1778 up The Philadelphia Campaign ›
Back to Top