Valley Forge was selected as the location for Washington’s army to spend the winter of 1777-8 due to its proximity to Philadelphia. General Howe was barricaded inside the city and, at 20 miles away, Valley Forge was close enough for the Continental Army to maintain military pressure on Howe and his men, but far enough away to make a sneak attack by British forces impossible. Additionally, the camp’s location on the Schuylkill River provided a natural border and a communications and transport link.

Camp Valley Forge was, ultimately, less a ragged collection of tents than a “military city” with hundreds of wood and clay huts constructed to house approximately 11,000 soldiers. Nevertheless, the encampment was plagued by a lack of organization – food and money shortages were common – this situation prompted Congress to search for a new Quartermaster General for the army.

These two letters were both written from Camp Valley Forge in the spring of 1778 and provide perspectives on different aspects of the encampment and the war. The first letter was written by Quartermaster General Nathanael Greene to Joseph Webb inquiring about supplies to keep the army mobile. The second letter was written by Captain Ebenezer Perkins to his sister reporting on his hopes for the end of combat. Click on the letters for more details, or create your own revolutionary seal! 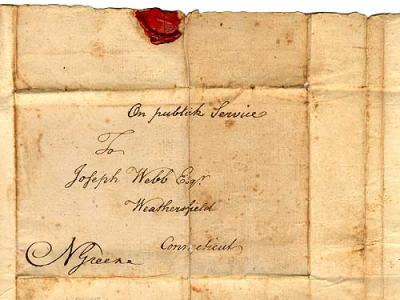 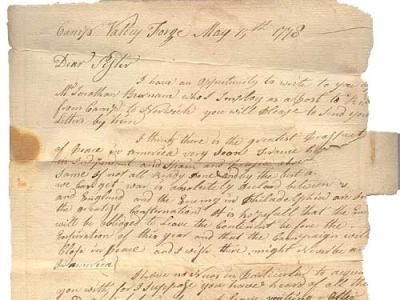 Ebenezer Perkins to his Sister, 1778

Learn more About Ebenezer Perkins to his Sister, 1778